This past week I was in Atlanta as the city prepared to host tonight’s Super Bowl LIII. It’s no secret that I’m less of a football guy & more of an ‘explore the city, get the vibe’ type of lady, but I jumped at the chance to attend the annual ‘Ditka & Jaws: Cigars With The Stars‘ event.

1) Because it was probably the best chance I’d ever have to say “Da Bears! heyyyo! ha ha!” right at Ditka himself, as though no one has ever done that before, and 2) the event benefited the After The Impact Fund, which facilitates comprehensive treatment & provides a support network for military veterans, professional athletes and their families.

When I packed for the trip I genuinely thought I’d be living on the bus like weird troll & thus, didn’t anticipate going to any events… so it was a little rough rolling into the party with a Canadian tuxedo on. Still, I’d hoped maybe I’d get the invite beyond the red carpet & into a land of cigars, whisky & fine foods. Spoiler alert: That did not happen & I wound up rippin’ cigs out front (which is obviously more my speed anyways).

But that’s ok – everyone I spoke with from NFL players to vets to the staff behind the scenes was beyond nice (despite my lack of football knowledge) & had great senses of humor. I hope… 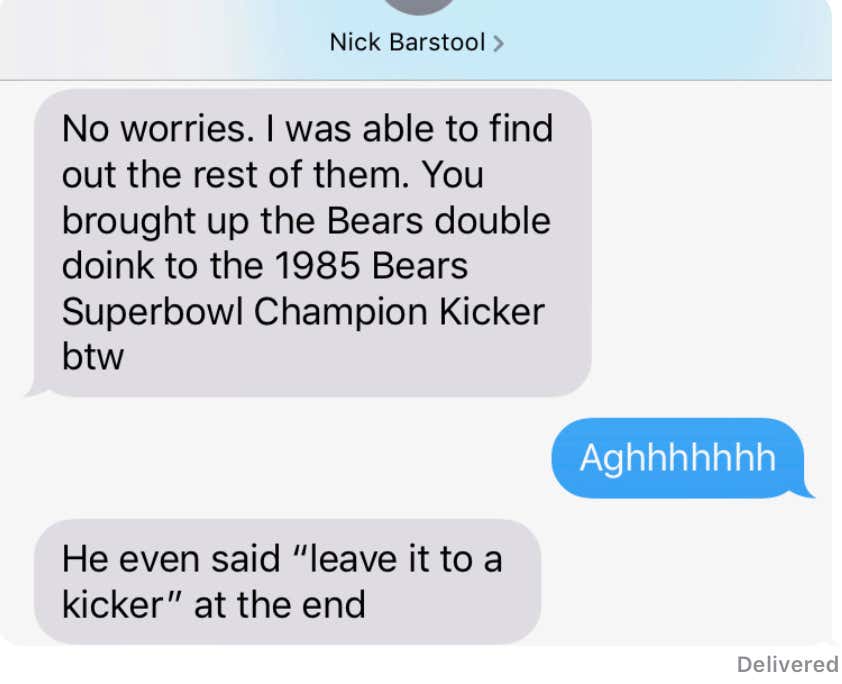 Plus, the party was for a fantastic cause & I got to connect with some impressive veterans doing great things for our community (and who we hope to have on ZeroBlog30 in the coming months). All in all, A+++ event & a win/win.

As for the Super Bowl itself, I’m sitting here in my Eagles sweatshirt wondering if there’s anyway we could get lucky and see a Rams/Patriots lose/lose.

after the impact fund+ 15 Tags

With the US’ Involvement in Afghanistan Coming to a Close, What Does That Mean for Those W...

Fat Shaming Is Back In A Big Way

Toolie Tuesday: Some of You Sons of Bitches Are Skilled

DIY Goofin: Nailing Brads And Chads Like My Name Is Becky

DIY Goofin: Let's Demo A Back Porch (Im Not Good At It)

DIY Goofin: CHANGING THE OIL LEADS TO ME BEING COVERED IN OIL

Simp My Ride: All New Speakers and Some Cut Up Hands