Shoutout Seatgeek for the awesome tickets. Use promo code GRIT for $20 Off

So last night we went to Game 7 in Tampa. Nate, PFT, Buddha Ben and myself. A great game, a great win for the Caps, but most importantly an all time moment in the stands when Nate basically put all of Tampa in his back pocket to the point where a grown man stomped his way down to nate’s seats and slapped him upside the head.

A little backstory. This happened with about a minute left in the game so I had already bounced because it was kind of awkward being the third wheel to an all time DC Sports moment for PFT and Nate. But the very last thing I said to PFT before I left was “you know Nate is going to get slapped right? Just be prepared”. Because Nate Dawg was all up in Tampa’s grill last night. On multiple occasions he started a “Let’s Go Caps” chant that actually forced Lightning fans to answer with a “Lets Go Bolts” response. That means Nate’s actions elicited a reaction from like 18,000 people. He was essentially telling them what to do all night, a grown up Boss Baby in a jam packed stadium. Nate never got to the rude point where it was a problem, he was just a fan enjoying a Game 7, but the fact that the Lightning got blown out and Nate’s presence was felt in our section meant this was brewing. And honestly cheering for your team in a Game 7 on the road when they’re crushing the opponent has to be one of the coolest things you can do as a sports fan, so Nate had every right to be vocal for his team. But you could sense that he was getting under everyone’s skin, they weren’t mad at Nate, they were mad at their team, and Nate just happened to be the person they could take it out on. So much so that a grown ass man with 2 kids got so frustrated, got so caught up in the spider monkey’s little web, that he sprinted down 4 rows to slap Nate.

My favorite part, the guy clearly didn’t want to fight, he clearly wasn’t the brawler type, but that’s what the Spider Monkey can do to you. He gets in your head and crawls around until you start doing shit you don’t want to do. Like stealing hats and slapping other adults on the side of the head. I actually thought Tampa was a lot more fun than I had remembered it being back in 2015 (probably because the Hawks got smoked in that Game). We met a ton of awesome people and had a good time outside the stadium pregame. But at the end of the night Tampa, Nate is now your Daddy. He got you to react, and once you react to the Spider Monkey he owns your life. Strike that pose Nate Dawg! #CapsYear 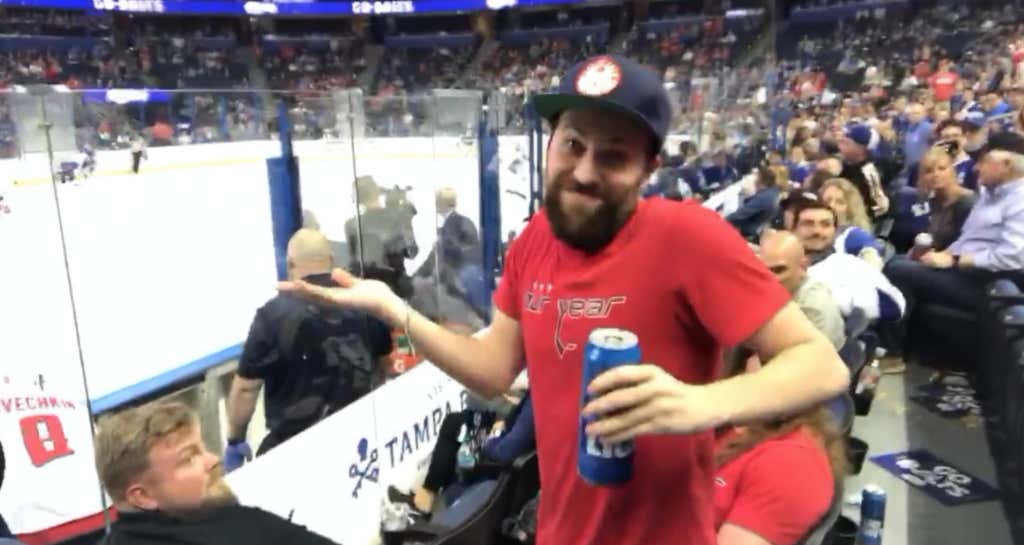 I Invented A Game That Humbled A Harvard Grad

The State of Boxing With Eddie Hearn

What Was Your Most Iconic Prank Call As A Kid?