"Sometimes an emotional investment is not enough."

A little update on my dog for the handful of people who have been in my shoes.

I took my hairy, saliva-soaked liability BACK to the animal hospital yesterday to follow up on the Advil overdose she suffered on Tuesday night and for some clarity on why her salivary glands had suddenly become hyperactive.

After consulting PetMD and other online sources, we self-diagnosed that the sudden drooling coupled with my French Bulldog's recent dabble into the seedy world of Ibuprofen addiction meant only one thing... Her kidneys were failing.  So before I left for the vet, I had my wife (who is still in COVID quarantine) say goodbye to the dog for what we thought might be the last time.  We didn't mention the potential severity of Blue Cheese's situation to the kids because we figured we would simply cross that bridge when we came to it.

The rest of this little story is just a cautionary tale for anyone thinking about buying a dog... Particularly, a French bulldog.

At this point, I am so turned off by the breed that through the powers of bitterness-osmosis I have written off the French altogether... That includes purging my pantry of their delicious orange-colored dressing, opting for the uber-American onion rings as a side in burger joints, and donating a box of barely-worn custom berets to Goodwill.  And 'Notre Dame' is a stupid fucking name for an American university with an Irish mascot, so I am burning all my ND merch... Change it to "Or Lady" or GTFO.

The Bordeaux in my wine fridge, however, is staying put.

As I said before, I took Blue Cheese to the animal hospital yesterday, and because the location is contact-less, the dog was picked up in their parking lot and I received updates from their nurses and doctors exclusively by phone.

I wrote a blog earlier this year about how 2022 was the year I was NOT going to be bent over the sawhorse of retail.

Although pet healthcare may not be considered traditional retail, MAN!, do they have a sawhorse that has more splinters than your average store.

And the contact-less thing makes their comfort level in charging you ASTRONOMICAL prices for medical procedures exponentially greater.

Simply calling my cell to tell me the bloodwork would cost $700 was extremely easy for the first nurse… I felt defenseless when I agreed to it because I was convinced it was necessary to save my dog's life.

Then giving me a follow-up ring to inform me that the bloodwork found a spike in white blood cells that warranted an ultrasound that would increase my bill to now $1,500 was equally an easy call for the doctor's office to make… Particularly because they didn't have to do it face-to-face.

"White blood cells"?!?!… Shit, that sounds serious.  So I blindly agreed to the next procedure and its increased cost.

--- And that's when a cold hand smeared grease all over my exposed asshole. ---

Four hours later, I received a third faceless call from the office and I was informed that they found a "material blockage" somewhere in my dog's stomach that was preventing her from eliminating waste. 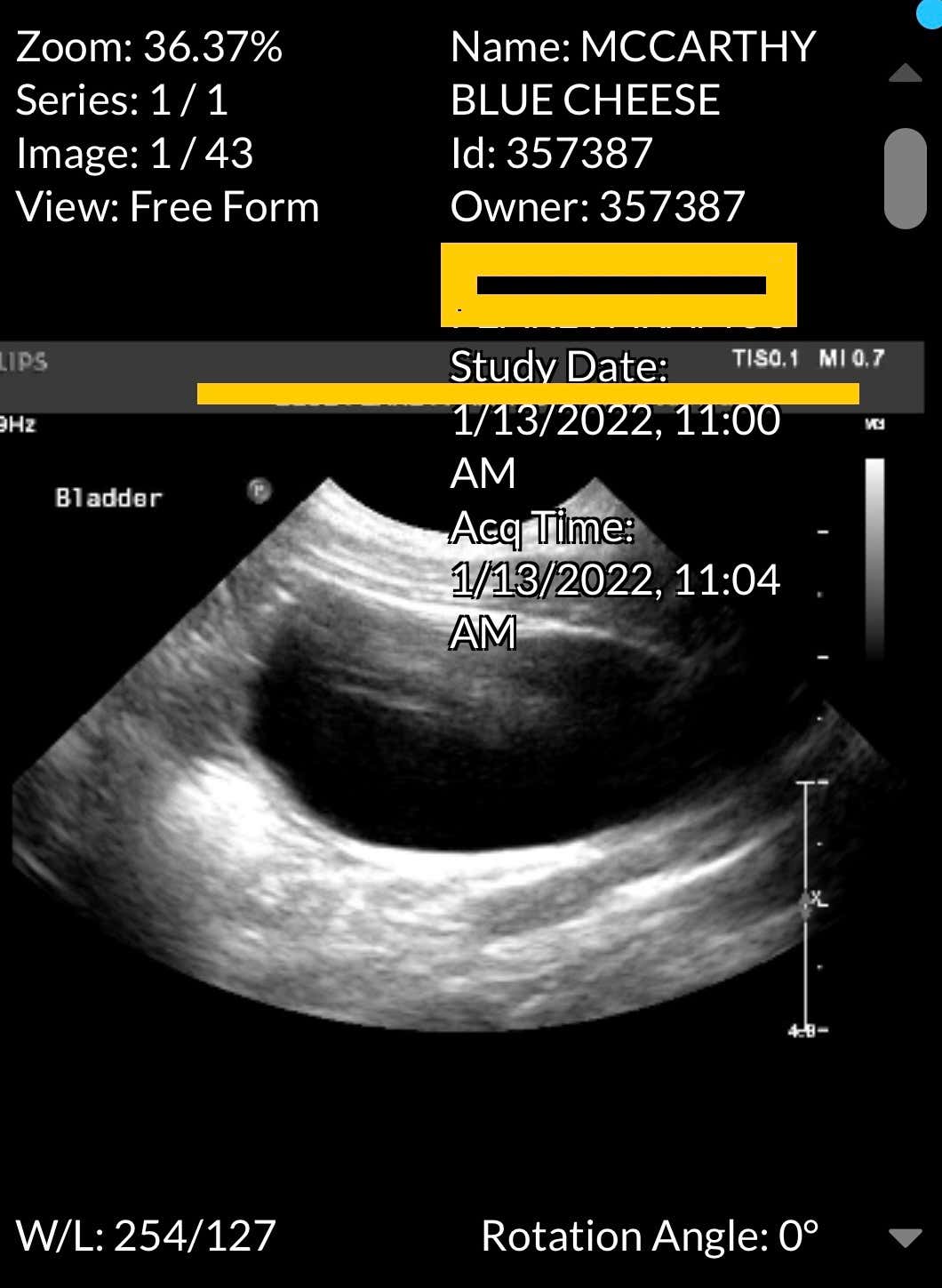 It may have been caused after the vomiting Tuesday night or from the irritation caused by the Advil, but it also might be due to the fact that her breed is simply prone to gastro issues.

I breathed a sigh of relief because this blockage was much less dire than any kidney damage, and during my euphoria, the doctor informed me that in order to remove the blockage, Blue Cheese would have to spend the next 24 hours under their care.

What do you do there?… Refuse any further treatment, and just take her home?

At $1,500, you're sort of "pot committed" so the additional bump (although substantial) seemed almost necessary.

Still, I couldn't help but feel I was the guy on the other end of the phone in that Wolf of Wall Street scene where Leo is teaching his Boiler Room how to fuck the public…

Nevertheless, I sheepishly agreed, but finally found a tiny set of balls and said…

"By the way, this is all I have to spend on this dog for 2022… If you find anything else wrong with her in the next 24 hours, I insist you refrain from offering me anything more but either free advice or pro bono treatment."

The nurse, or doctor, or maybe accounts payable person (I am really not sure who-the-fuck was raping me on the other end of the phone at this point) understood my frustration immediately, realized there was no more blood to be squeezed from my pathetic stone, and then miraculously predicted that nothing further would happen with my dog.

So now I sit here… In quarantine… Over $5,000 poorer ($1,000 per Advil she ingested) and about to pick up my damaged dog.  And the only way that I can think of fucking back is this- The doctor's office has asked me to pick her up at 4 PM today, but I know that the place is open 24/7.  So I am going to make up some bullshit excuse and keep my dog there until at least 10 or 11 PM.

A small victory, I know… But at least it's something.

It's mid-January 2022 and I've been thoroughly fucked.

I know you're probably done hearing about my dog, but this week's Twisted History of Dogs (attached above) will tell you about just how rich Leona Helmsley's Maltese was, and the time Alexander The Great's pooch saved his life by biting a charging elephant in the face.