Uncle Stevie made his grand entrance to the Mets faithful and he somehow exceeded our every expectation! The man LITERALLY threw the Mets' first perfect game presser. He pulled on our heart strings as fans, saying everything we've ever wanted to hear and more. He's not just here because he wanted to own his childhood team, he's here to build an iconic franchise with lasting success. He's got a big purse, but a big brain to go along with it. He's not going to meddle in the front office, he's not going to cry about not having the funds to compete in New York, he's going to build a juggernaut commensurate to a big market franchise. Losing is not an option for this guy, it's playoffs or bust every. single. season.

And if you think those goals are too lofty? Well King Cohen has news for you, he's not just coming for the Yankees, he's coming after all 29 teams in the league year in and year out. He knows we have the core to win right now and that's what he expects to do. If we're not hoisting that World Series trophy in the next 3-5 years (if not sooner) that will be a DISAPPOINTMENT. Music to our ears!

The only person that can even come close to our level of excitement is The Maverick himself, Sandy Alderson. He was smiling ear to ear, writing out his shopping list for a nice little afternoon in the gourmet section of the supermarket. Big names are no longer unattainable and the farm system will no longer be used for bargaining chips. We will pay for what we want and the price tags don't matter! It's no exaggeration to say that we have never been higher on this team. You would think that our fondest moment in Mets history would have been the championship run, the improbable victory that got us to October, the fan favorite- tears in his eyes because he loves the Mets more than words can express, but instead it's a 90-minute press conference. An unsuspecting, balding man with glasses and a quarter-zip sitting at a desk spinning tales of what this franchise will one day become.

If that doesn't get you going then you don't have a pulse. We gotta believe that this is it. This is the moment we'll tell our kids about many years and championships from now when we look back at this defining time in Mets history when we went from laughing stock to the envy of every team across the league.

Now keep that hype going by purchasing an Uncle Stevie ugly sweater for the Holiday Hot season, join us on the We Gotta Believe Facebook Group to talk about what may be the most fun Hot Stove Season ever with me, KFC, Kyle, BC, and other likeminded Mets fans then subscribe to the podcast if you haven't already because we are going to have A LOT to talk about this offseason, from hires to moves to videos like this (originally posted on the aforementioned Facebook page). 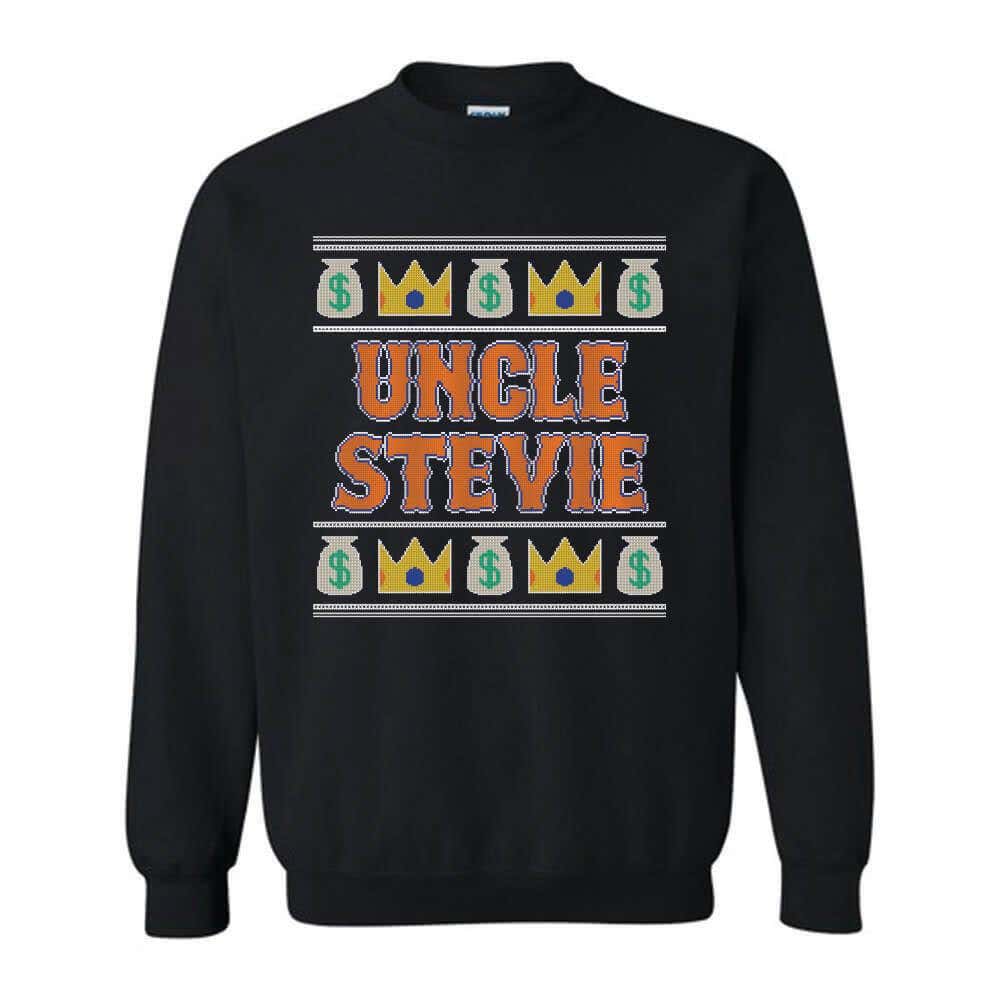