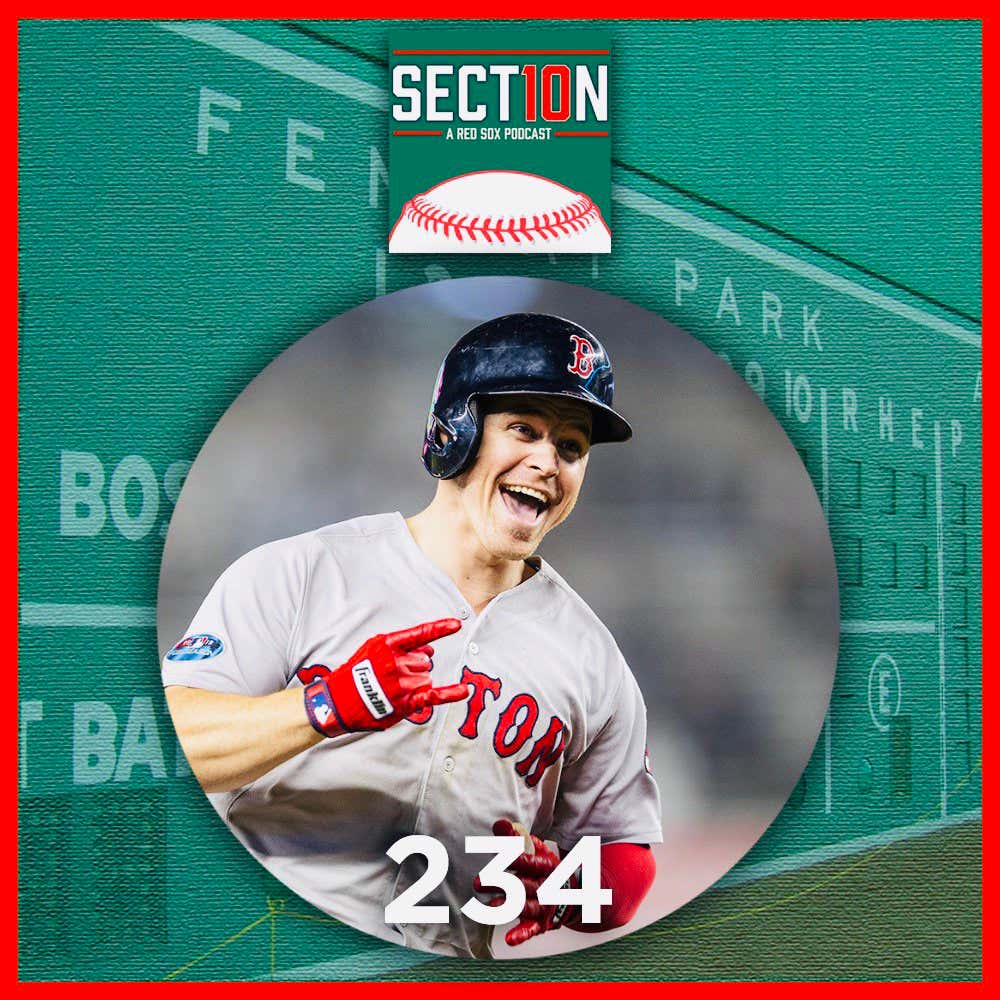 On Section 10 Episode 234, we’ve got two-time World Series champion Brock Holt in the building as a two-time guest. In our interview with Brock, we ask him how he’s handling no longer being the most famous Holt, a behind the scenes look at his cycle in the worst loss in Yankees postseason history, his communications with Dustin Pedroia this past offseason, his memories of the 16-1 game overall, his bromance with Andrew Benintendi and JD Martinez, the teams’s reaction to Aaron Judge playing New York, New York walking past the Red Sox clubhouse after Game 2, when he realized the 2018 Red Sox were special, an inside look at Chris Sale’s freak out in the Red Sox dugout during Game 4 of the World Series, his thoughts during the 18-inning Game 3, inside the clubhouse after Nathan Eovaldi’s heroic performance, when he knew the Red Sox were winning it all, why some Red Sox players are standoffish with us, Pablo Sandoval’s tenure in Boston, the Big Cock Brock nickname, and he answers some listener questions.

Outside of the interview, we’re talking about pitchers and catchers reporting for duty, what the Red Sox should do for Rafael Devers on Valentine’s Day, Down in the DM, Maine Question of the Week, and Emptying the Bench.