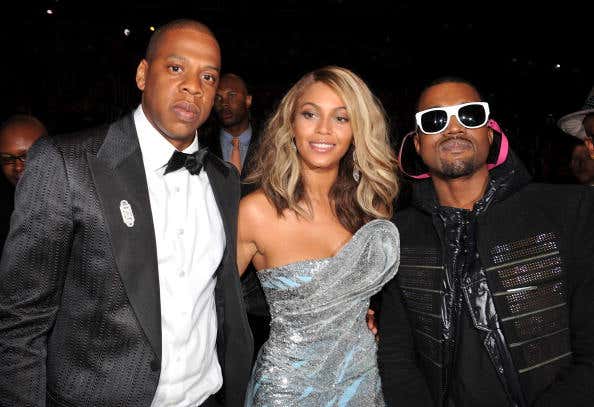 In its investigative report, the financial daily Dagens Naeringsliv (DN) claimed the streaming numbers for Kanye West’s “The Life of Pablo” and Beyonce’s “Lemonade” were inflated through manipulated user play counts on Tidal.

DN’s revelations suggest that West and Beyonce, along with their record companies, received a disproportionate share of royalty payouts at the expense of other artists on Tidal.

Based on an analysis provided by the Norwegian Center for Cyber and Information Security (CCIS), DN reported more than 320 million false plays of songs from the two albums over short periods, a manipulation which affected more than 1.7 million users.

User accounts and play counts obtained by the newspaper revealed suspicious listening patterns, such as simultaneous playbacks of multiple songs by the same user or repeated playbacks of the same song at regular intervals.

Two of the Tidal users contacted by DN appeared to have listened to tracks in “Lemonade” 180 and 251 times, respectively, during 24 hours. They both denied doing so to the paper.

Listen, I get it. Blood is thicker than water. If you have an opportunity to improve the life of your family and friends you take it. Even if it means bending the rules a little bit. Right now, Tidal as a whole is under investigation but it’s only a matter of time until shit flows upstream. Because make no mistake about it, Jay Z knew exactly what was going on. Why else would the two people closest to him be the only ones to reap the benefits? I’m sure they had money tied up in the company and when the returns weren’t  as high as expected Jigga calmed their nerves by padding the numbers. It’s the same thing my grandfather used to do with his bowling alley except instead of padding the numbers he just (allegedly) fudged his taxes.

Tidal was born out of the idea that artists get fucked on royalties by companies like Apple and Spotify. They tried to convince musicians to release their music exclusively on Tidal by promising higher royalties but basically no one other than Jay Z’s friends signed on. Which basically resulted in not only a shitty streaming service for consumers, but a huge money suck for investors.

The wildest part about this story is that when I looked through the backend to see if anyone had blogged it, I came across an blog by Feitelberg in 2016 predicting the whole thing in 2016.

I can’t recover the blog but here’s the excerpt:

“But if Tidal wants me to believe that it was listened to two hundred and fifty MILLION times in 240 hours then they are loco. Tidal just surpassed 3 million users, so you want me to believe that every single one of those people listened like 83 times in 10 days? Or is a “stream” of TLOP just someone pressing play on one song and it counts even if you listen for 10 seconds? The whole Tidal system seems like the same strategy I used to use in high school when I was embarrassed that I hadn’t fucked a girl: just invent your own definition for a word. “Oh a hookup? Yeah I hookup with tons of girls, all the time.” Sure, in my head hookup meant kiss, but no one else knew that. I could just convincingly say it and no one could really prove me wrong. Stream? Oh yeah, this album was been streamed 250 million times by 3 million people in 10 days but that probably means a single song was clicked. I fucked a ton of girls my sophmore year and Kanye had 250 million streams, these are facts presented by us.”

…and here’s the article from today:

“…the streaming numbers for Kanye West’s “The Life of Pablo” and Beyonce’s “Lemonade” were inflated through manipulated user play counts on Tidal.” Two of the Tidal users contacted by DN appeared to have listened to tracks in “Lemonade” 180 and 251 times, respectively, during 24 hours.”

Good on you, John.

Will Jay Z and Tidal face any repercussions for fixing their numbers? Probably not. But I hope every small artist who felt like they took a chance using the platform and ended up with nothing sues them into extension. It’ll be interesting to see if Tidal plays the deny deny deny game or tries to remedy the situation. Considering where there’s smoke there’s usually fire, hopefully it’s the latter.