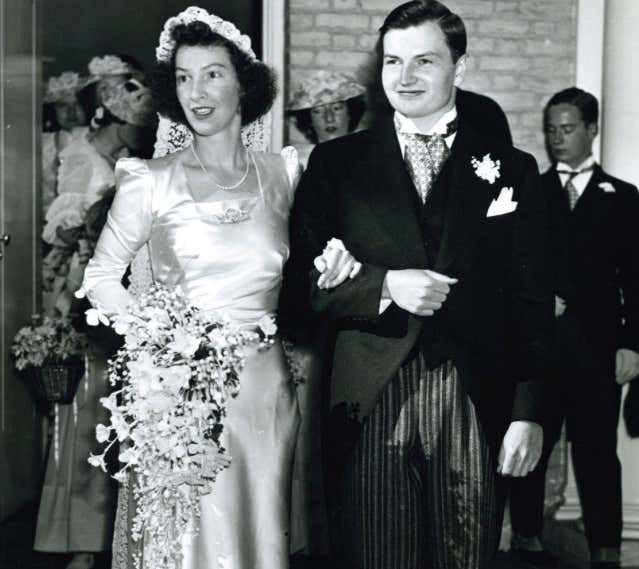 Source - A collection of artwork put together by billionaire David Rockefeller that includes pieces from Pablo Picasso, Claude Monet and Georgia O’Keeffe brought in more than $646 million on the first night of an auction.

Highlights of the Tuesday sale at Christies included “Young Girl with a Flower Basket,” a 1905 painting by Pablo Picasso which fetched $115 million, the second-highest price at auction for the artist.

Paintings by Claude Monet and Henri Matisse also garnered new record prices for the artists. Monet’s “Water Lilies in Bloom,” completed between 1914 and 1917, sold for a record $84.6 million and Matisse’s “Odalisque reclining with magnolias” sold for a record $80.7 million.

Rockefeller was the last surviving grandson of Standard Oil founder John D. Rockefeller when he died in March 2017 at the age of 101. He and Peggy had been married for more than 50 years. She died in 1996. The couple amassed a massive collection of art, furniture, ceramics, statuary and decor. The collection also includes items that were passed down from previous Rockefeller generations.

In the words of Ralph Ciffaretto, “Why was I born handsome instead of rich?” Stories like these always fascinate me.  John D. Rockefeller made so much money during the Industrial Revolution that his great-great grandkids just made $646 million by selling his trash. In one night mind you. The craziest part is that they’ve only scratched the surface. Apparently, the Rockefellers collected all kinds of shit.

Art of the Americas will go on the block on Wednesday night. It includes works from Willem de Kooning, Edward Hopper and John Singer Sargent.

Other sale sessions at Christie’s will focus on furniture, ceramics and decorations, while an online auction will offer personal mementos, lamps and lighting and tableware.

Among the high-profile items? A porcelain dessert service that Napoleon took with him into exile.

I’d research how much the porcelain Napoleon dessert service is expected to fetch but I don’t feel like spiraling into a depression. The good news is the family says  they’re going to donate all the proceeds to charity. Although I have to imagine they’re going to keep some for themselves. It’s free money. They probably didn’t even know they had it to begin with. Just stumbled across it while looking through Grandpa and Grandma’s attic.

I want to know who’s buying this stuff. Like who has $115 million to spend on a painting? Who has $15 to spend on a painting? It’s crazy to think that there are people out there who sit on a phone, talk to a representative, and spend more money on a piece of art than 99.9% of the people see in their lifetime. Whoever it is, feel free to hit me up on Venmo @BarstoolPAT. We don’t even have to talk; you can just put money in my account. Or better yet, give me one of the paintings and I’ll sell that.