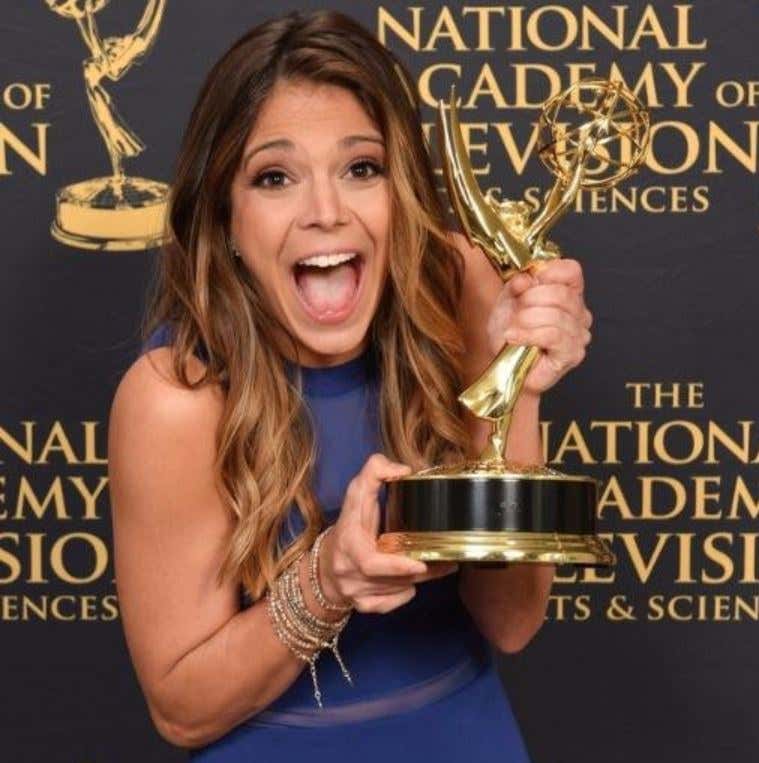 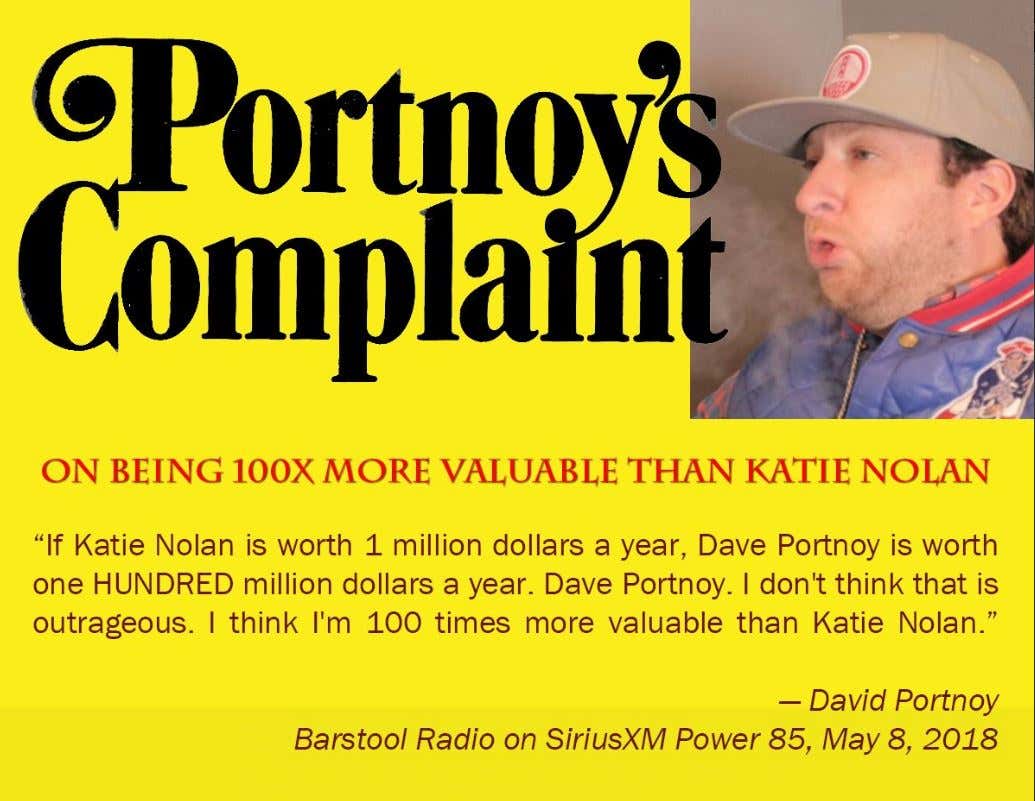 NY POST - Katie Nolan is paid more than a million dollars per year by ESPN, according to sources, but it is hard to figure out exactly why. She has talent, but, like a top prospect, you wonder when it is going to translate into big hits. In October, ESPN, under then-president John Skipper, felt the need to poach Nolan from Fox Sports, where she was not really on the air much. As of right now, she does “SportsCenter” Snapchats two or three times a week. The segments are approximately 3 to 5 minutes long. She also does a weekly podcast. Those are her current regular assignments. ESPN pays plenty of big salaries, but as the network gets leaner and leaner in terms of workforce — it has laid off hundreds over the last few years — it seems there needs to be a payoff with the highest salaries.

First things first. Don’t ever say that I take addictions lightly. I mean old Dave would not have bothered to ask if it was okay to make fun of John Skipper’s coke addiction in the title of the blog. Old Dave would have just done it without any remorse. New Dave handled the subject with kid gloves so hat tip to me for my personal growth.

Anyway now onto this story. Yesterday the NY Post reported that Katie Nolan is making at least 7 figures at ESPN and openly wondered why.  Well good for Katie. This is a capitalist society and there is a sucker born every minute. If you can hoodwink somebody into paying you a million dollars you should do it. I mean I assume John Skipper wasn’t held at gunpoint to sign this contract. Yeah he may have been coked out of his mind, but doing drugs was his choice.  Either way it would drive me NUTS if I worked at ESPN and wasn’t getting paid close to that or I was one of the hundreds of people they laid off because of budget cuts right when they hired her, but I don’t work at ESPN. To me it’s just more of the fascinating case study of the rise of Katie Nolan. I mean 1 million dollars a year is a shit ton of money for somebody who has literally never had a hit show or proven that she can drive an audience.  Maybe one day she’ll be worth it but at some point you have to prove your worth first right?  The answer is that if you’re Katie Nolan I guess not.

Nolan has been at ESPN for 6 months now and she is doing the same exact thing she was doing at Fox Sports when ESPN pried her away. And that answer is basically nothing. It’s like the more she sits on the sidelines the more networks want to pay her. I just don’t get it. I mean I think she’s talented and would hire her in a second, but for a million bucks? That’s insanity. That type of money should be reserved for the very few people who can move the needle in sports media. People who can switch networks and bring their audience with them. Skip Bayliss, Stephen A, Cowherd, Francesa, Bill Simmons, Dave Portnoy etc. I mean if Katie is worth 1 million bucks than I should be getting paid 100 million. Instead she makes WAY more than I do and she makes way more than all of our guys do at Barstool and we have a long proven record of putting asses in seats. It’s way more than ESPN was going to pay us for BVT.  It’s bananaland. And it’s not that I think we’re underpaid I just think ESPN is fucking insane.  But I guess that’s how you end up having massive layoffs and shit?  By wildly overpaying for unproven talent.