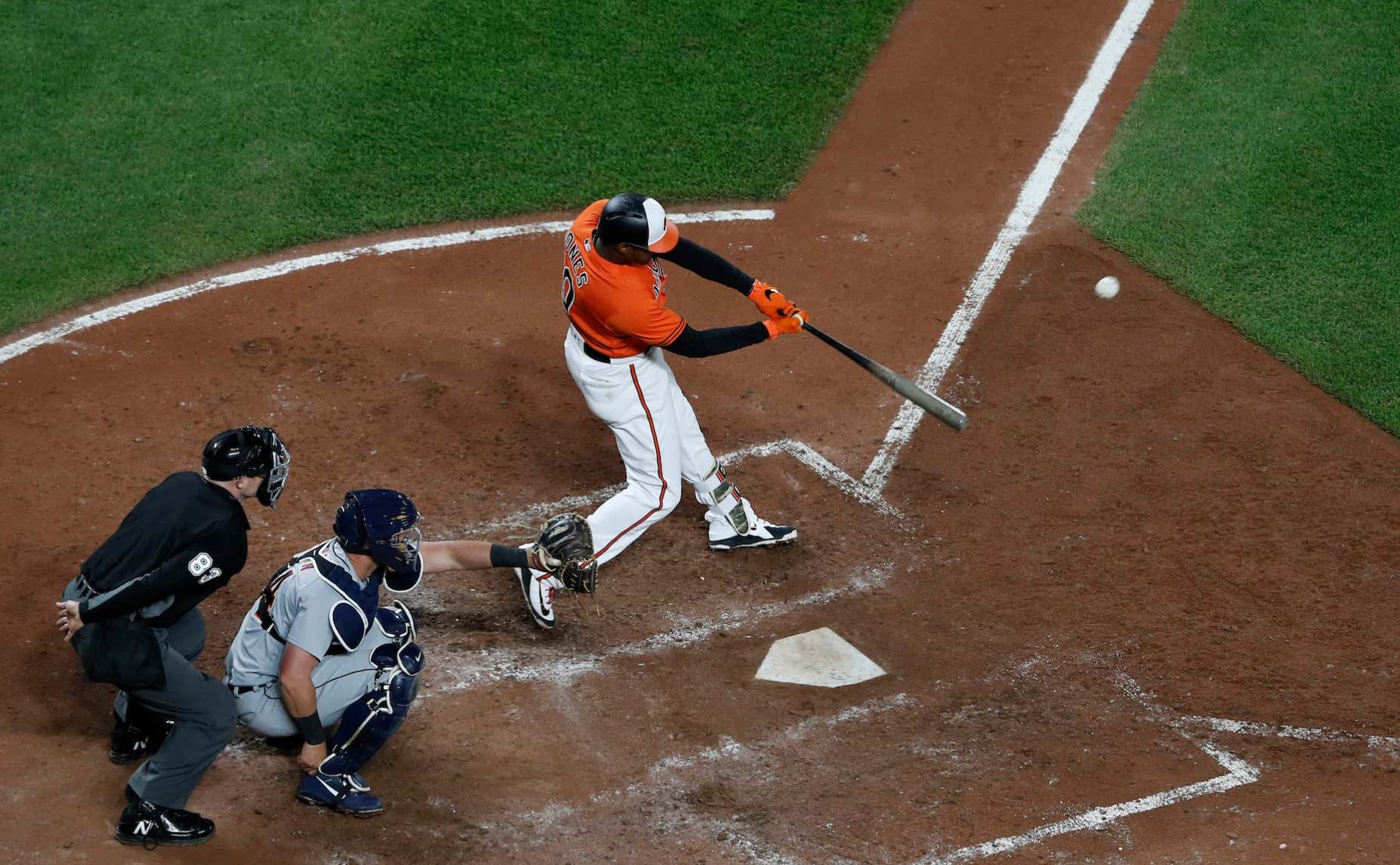 Normally sports teams play much better at home than they do on the road, they are more comfortable, have the fans behind them, get to sleep in their own beds. That isn’t the case with the Orioles this season. It took them a month to get their first home series win of the season when they took 2/3 from Detroit this weekend and that mark leaves them at 5-10 at Camden Yards. This recent 9 game homestead had the O’s going 3-6.  They’ve still lost 12 of their last 15 and have an 8-20 record, good for 13 games back of the Red Sox. They’re off to their worst start in over 25 years, and it just seems like nothing (except Manny and Bundy) have gone right for the club.

Even last year when they were a last place team, they were 46-35 at home, 2016 they were 50-31, 2015 they posted a home record of 47-31,  and the magical run they put together in 2014 was aided by their 50-31 home record, so over the last 4 years they averaged a little over 48 wins per season at home, pretty good. That is not the case this season. Normally you’re expected to win 2/3 of your home hames, the Orioles won’t sniff that this season. It’s also the offense in Baltimore. Everyone knows OPACY is a hitters park, ask anyone who has ever gone to a game there in Jane, the ball just flies out of there. This season the Orioles just can’t score at home. Baltimore is averaging only 2.9 runs per game at home this season, while opponents have no trouble hitting there. The opposition is averaging 4.6 runs per game at Camden. The Birds are doing a little better on the road, in 13 away games, they’re putting up 4.15 runs a game. Not terrible, but at home it’s been brutal. 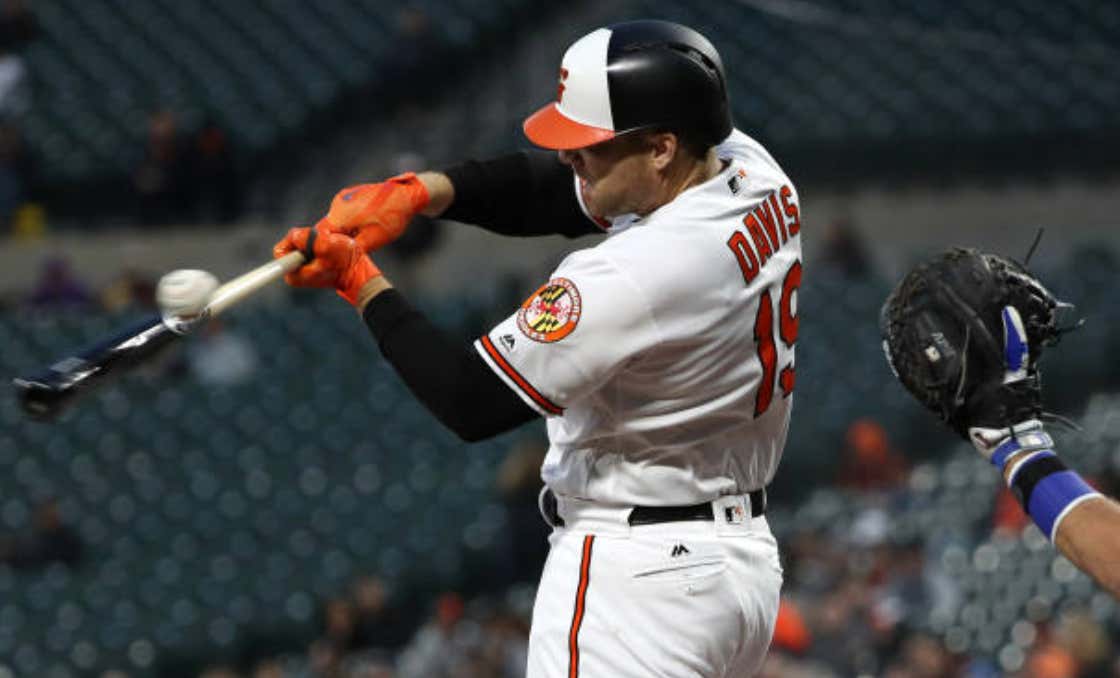 It seems as if no one is hitting, but the guy really struggling is (SHOCKER) Chris Davis. He was given off Sunday, when Buck said he would play, and Saturday as well because the Orioles faced lefties back-to-back. I mean I get why Buck sat him, but paying a guy $161 million and then having to sit him against lefties is just insane. It’s unreal. This season Davis is 1-18 (.056) against lefties with 12 Ks, and 1 walk in 18 at-bats. And its not just lefties who are giving Davis trouble this year, righties as well!!! On the season his totals are an .167 average, 2 homers, 6 driven in, 33 Ks, 10 Ks and an OBP of .257. There is no defending the god awful contract that he signed a few years ago, and it’s getting worse by the day. I understand why the team did it, but it just looks terrible now.

Could you imaging paying a guy $161 million and then 2 years later have to remind him to “get back to being a baseball player”? I mean we’re going on a year and a half slump for Davis who had a career year in 2015, his walk year. But he’s been pretty bad ever since. I mean compare this deal to any other of the big ones, Josh Hamilton, Albert Pujols, Ryan Howard, it’s a bad one. And this deal may be the one keeping them from signing Manny Machado. They’ve tried everything with Davis, batting him high, batting him low, days off, and it seems like nothing works. He constantly looks at strikes down the middle, grounds weakly to second, he’ll have a game where he goes 2/5 and we think he’s back, and then he’ll hit a stretch where he strikes out 10 times in 4 games. It’s insanely frustrating with Davis because you know he has the talent, we’ve seen it before on several occasions, but there are times where he looks so mentally out of it. I’m sure these long slumps drag you down and wear on you, especially after a year and a half. For the Orioles to have ANY hope of reaching .500, we need to see a vintage Davis month where he walks 20 times, hits 15 bombs, and is that middle of the lineup power hitter we saw in 2013 and 2015. 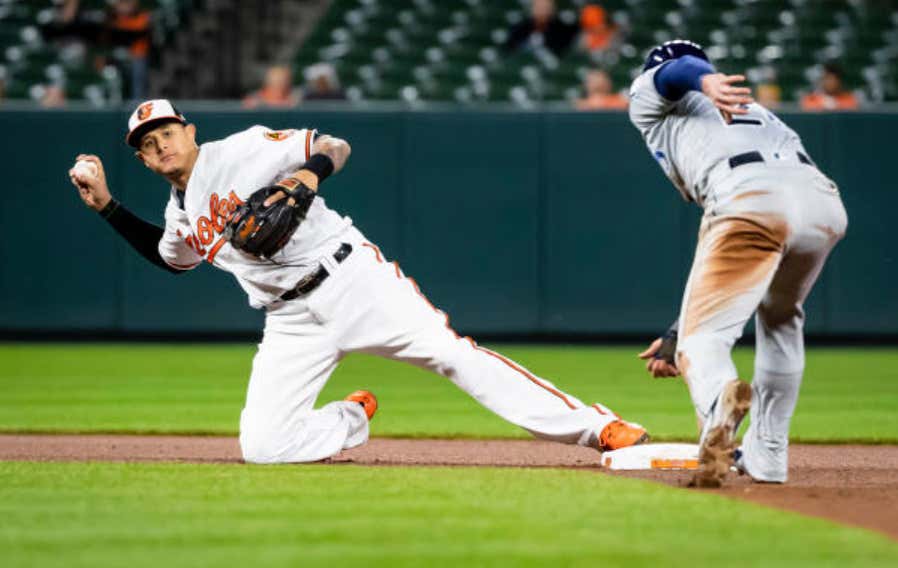 We can talk about the elephant in the room as well. It was announced yesterday that Dodgers shortstop, Corey Seager, will undergo Tommy John on his throwing elbow, and is obviously out for the year. A big loss for an underperforming team who was expected to repeat as NL Champs this season. Almost right away the tweets started flying about the Dodgers unloading prospects for Manny Machado. I don’t think it will happen since the Dodgers aren’t really one to ship out big name prospects for a rental, which Machado would be, but who knows. The Orioles are 8-20 and barring any miracle runs, they’re out of it. Manny is the obvious choice for a team who needs a shortstop, but again, I think it’s a long shot Machado is wearing Dodger Blue this season. If the Orioles and Dan Duquette are smart, they are calling the Dodgers every single day to see what it would take to get a deal done. Duquette should be pretty aggressive with this, even if it is doubtful anything happens. Test the market and see how desperate the Dodgers are to make a splash this early in the season.

The Orioles are on the West Coast for a 6 game roady against the Angels and then the Athletics. They are dodging the bullet known as Shohei Ohtani as he is out with an ankle injury. I love to see the guy, but would rather not see him strike out 13 Os one day, and then go yard the next. Currently he is not scheduled to start, but I’d imagine that could change, let’s hope they rest him this whole week. The Athletics are up next and they’ve been a little better than we all expected, at least their offense has been. They’re 5th in runs in the AL, 3rd in hits, 6th in homers, 4th in walks, 3rd in average, 3rd in OBP, 4th in slugging, and 3rd in OPS. They’re sneaky a decent team this year that can hit the hell out of the ball, Khris Davis may be the most underrated power hitter in the last 5 years. Neither of these series will be a cakewalk for the O’s, they can’t keep getting down early and depending on the nonexistent offense to come back. Splitting the road trip or going 4-2 is a best case scenario IMO, and if its anything less than that, they could find themselves 16-17 games back before All Star balloting is even announced.