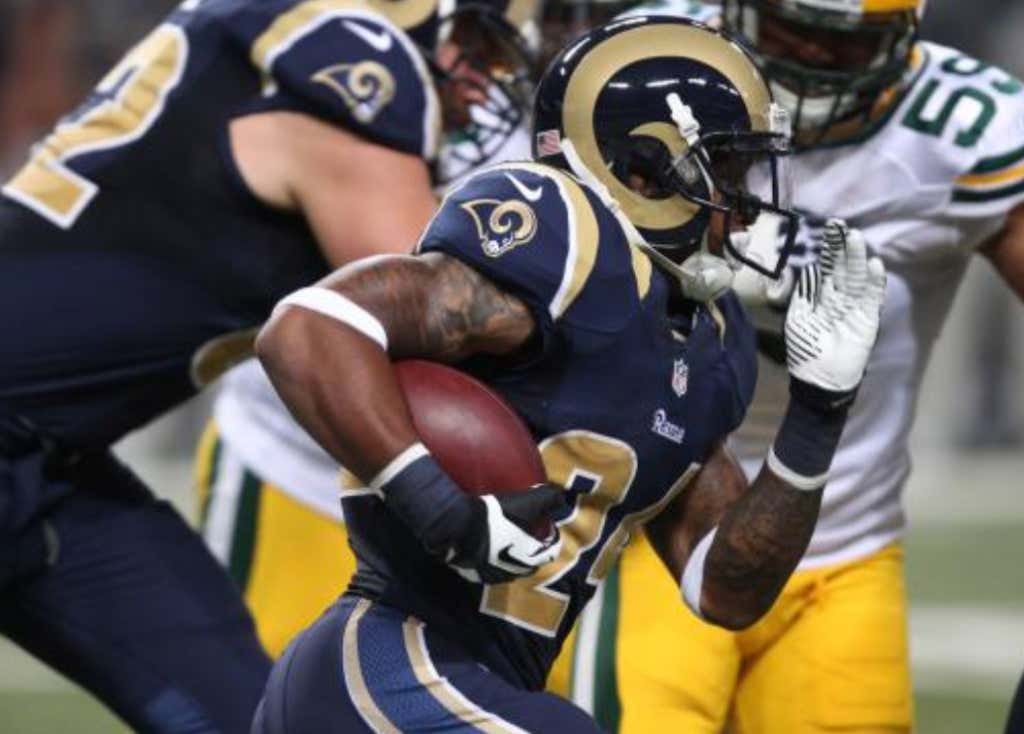 I don’t think Isaiah Pead’s story is known by enough people. Pead was a fantastic running back for the University of Cincinnati where during his senior season he ran for 1,259 yards and 12 touchdowns. I remember this almost touchdown he had at Cincy that was flat out absurd.

He was then drafted in the second round of the NFL Draft by the then St. Louis Rams. Pead had a quiet first two seasons and then tore his ACL in 2014 during a preseason game. After that he bounced between St. Louis and Miami until 2016 before being released. Pead was a bit of head case according to some coaches, but he apparently changed his mindset and outlook and was poised to shine in tryouts. That’s when Pead was in a severe car accident.

According to the Columbus Division of Police, at about 2:32am, Saturday, Pead was driving his 2011 Cadillac CTS eastbound on I-670 near E. 5th Avenue, when he lost control of the vehicle, and drove off the right side of the roadway. The Cadillac struck the metal guardrail and continued through it. After going through the guardrail the Cadillac became airborne and struck several trees on the way down the embankment. It came to rest about 95 feet from the roadway. During the crash, Pead was ejected from the vehicle.

He lost a good portion of his leg in the accident as doctors had to amputate at the mid-thigh region, thus ending his professional football career. To be honest, he was probably lucky to be alive, but still losing your leg like that is absolutely devastating. I cannot even imagine going through such a traumatic episode in my life like that. Everything in your life is going to be completely different forever and you’ll be reliving that tragic night in your head every time you get in a car.

Well, it seems Pead has taken all the positives out of this and is somehow aiming to compete in the 2020 Paralympic Games. Pead was a sprinter in high school and ran in the 4.4s at the combine. Not only does he want to compete, but my guy wants to win three gold medals before he’s done with this bad boy. Pead did an interview with TMZ yesterday talking about his goals for the event if doctors give him the green light.

All the power to you Isaiah. I know I would be a lazy shit constantly sulking about my life being ruined if this happened to me. Instead, you’re living life to the fullest, being a family man, and trying to still run and compete. Takes a special dude to push yourself like that. I envy that.