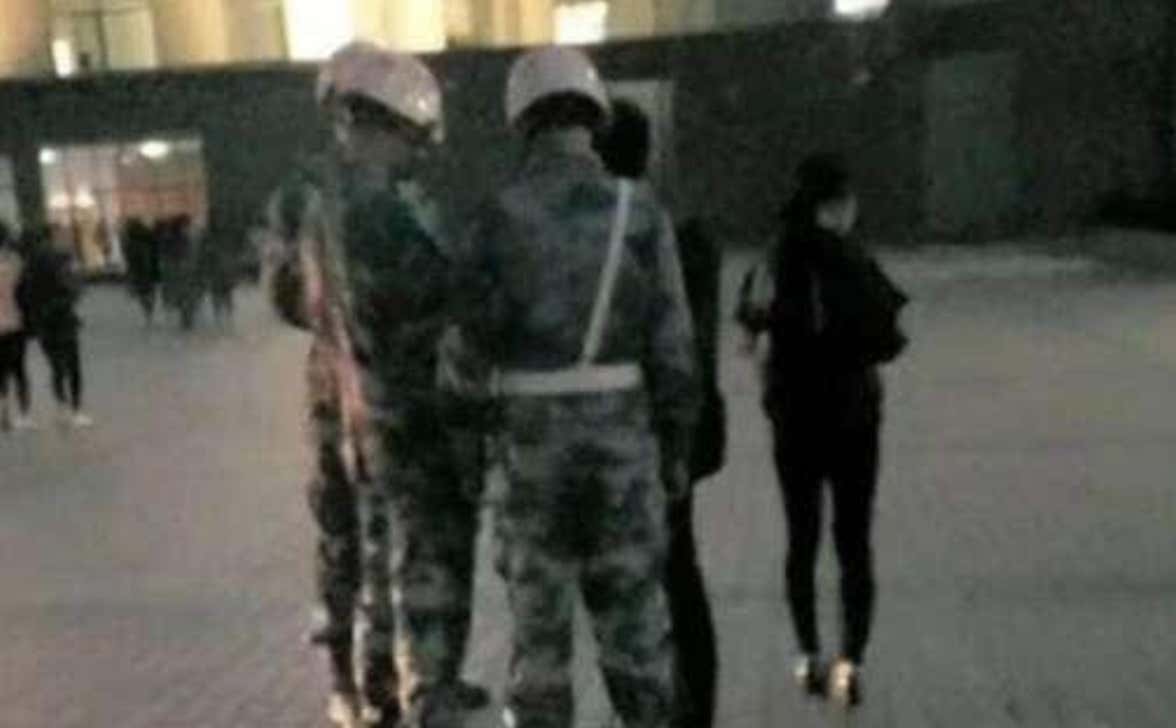 TELEGRAPH - A Chinese college has come under fire for deploying squads dressed in military uniforms to crack down on couples who kiss and cuddle on campus.

The student patrols wear camouflage and helmets, and perform intimidating night-time drills marching around Binzhou Vocational College, in the eastern Shandong province, according to videos shared on Chinese social media.

A college official said the squads were responsible for clamping down on a range of “inappropriate behaviour”, including smoking and dropping litter.

But many in China were outraged that they have also been given powers to warn couples against showing public affection, and to threaten them with being named and shamed for their behaviour.

Media reports said the school had warned in an online post that “serious offenders” could have their names released and face public criticism on the campus.

Oh my god China is so next level I love it.  No wonder we’re always so worried about the Chinese marching over here and stomping our dicks in and just taking over our country.  Look at what these motherfuckers are doing.  Deploying squadrons of students in full military gear to march around campus and intimidate the fuck out of anybody kissing or cuddling.  Meanwhile we’re over here cutting off Hannibal Buress’ mic for making an offensive joke and protesting the cultural appropriation of cafeteria food items.  Seriously my whole life I believed that America was number 1.  That was the saying.  Not “America’s number 2.”  England is number 2.  China should be like 8.  Now I’m not so sure.  Not after this.

Now we have to imagine a world in which America is not the number one superpower.  Where forks are irrelevant.  Where every man, woman, and child is expected to learn how to play the cello.  And where student armies march through the quad in tactical gear punching you in the fucking face for smooching your girlfriend.

I need Donnie on campus making out with a girl while smoking a hoon and throwing his trash on the ground and I need it yesterday.  Talk about content.