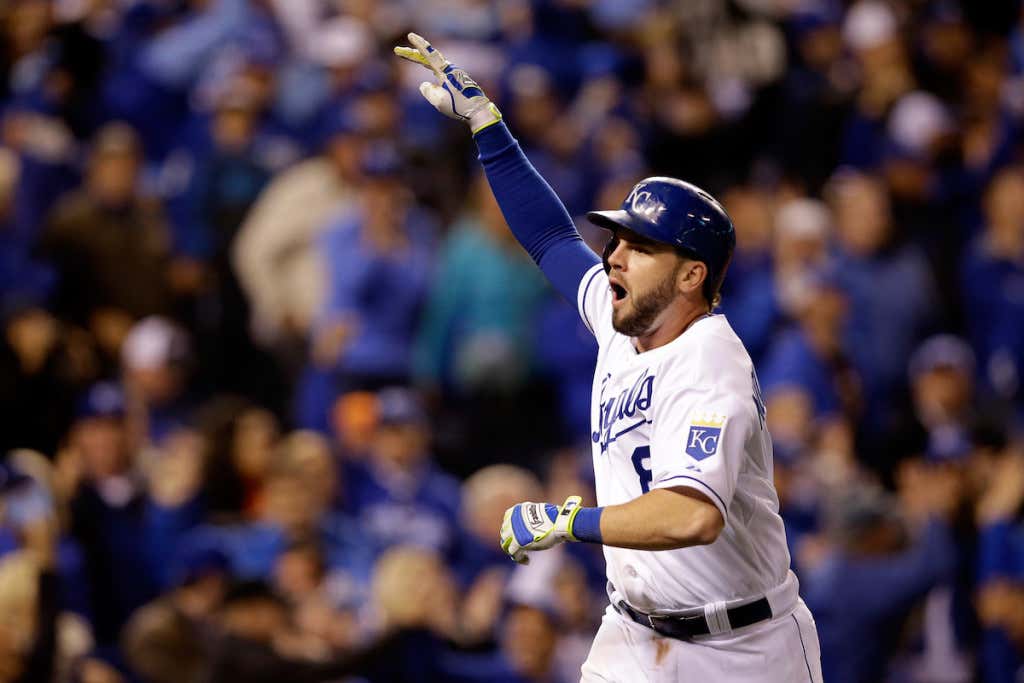 What does having a career year when you also break the Kansas City Royals single-season home run record get you? A one-year deal that guarantees you just $6.5 million with a second-year mutual option. I mean, it’s not all bad. First and foremost, Mike Moustakas is coming home to Kansas City, the city where Royals fans suffered through many years of losing seasons to finally be rewarded with back-to-back American League pennants and a World Series title in 2015, teams that Moustakas was a big part of.

Then, they thought that the core of those championship teams was about to be ripped apart, and in some ways it was. Eric Hosmer signed with the San Diego Padres, and Lorenzo Cain ended up joining the Milwaukee Brewers, but Alcides Escobar re-signed with the Royals (meh) and now Moose is coming back. And that was something that didn’t seem too likely at the start of the offseason, but appeared to be more and more likely as the days, weeks and months of the offseason went on.

Just yesterday, I wrote about how Moustakas might sit out the first two months of the season and wait to sign with a team after the MLB Draft, meaning that the team who signed him would not have to forfeit a draft pick in order to do so. Well, the only team that didn’t have to forfeit a draft pick to sign Moustakas if they chose to sign him prior to the draft would’ve been the Royals. I also highlighted how many teams had already addressed their third base situations, too. The Royals needed a third baseman, because, well, their third baseman last year was Mike Moustakas.

It just made sense. So, while the guaranteed money might be underwhelming, he can still earn up to $22.7 million, so there’s certainly a silver lining here if Moustakas performs, which he has. Not just last year in his career year, but since the start of 2015. Although his 2016 campaign was mostly lost to injury, since the start of 2015, Moustakas has hit .275 with an .824 OPS. That .824 OPS over the last three years ranks sixth among American League third basemen who have played at least 300 games. Only Josh Donaldson (.946), Adrian Beltre (.853), Miguel Sano (.844), Manny Machado (.840), and Jose Ramirez (.836) have been better.