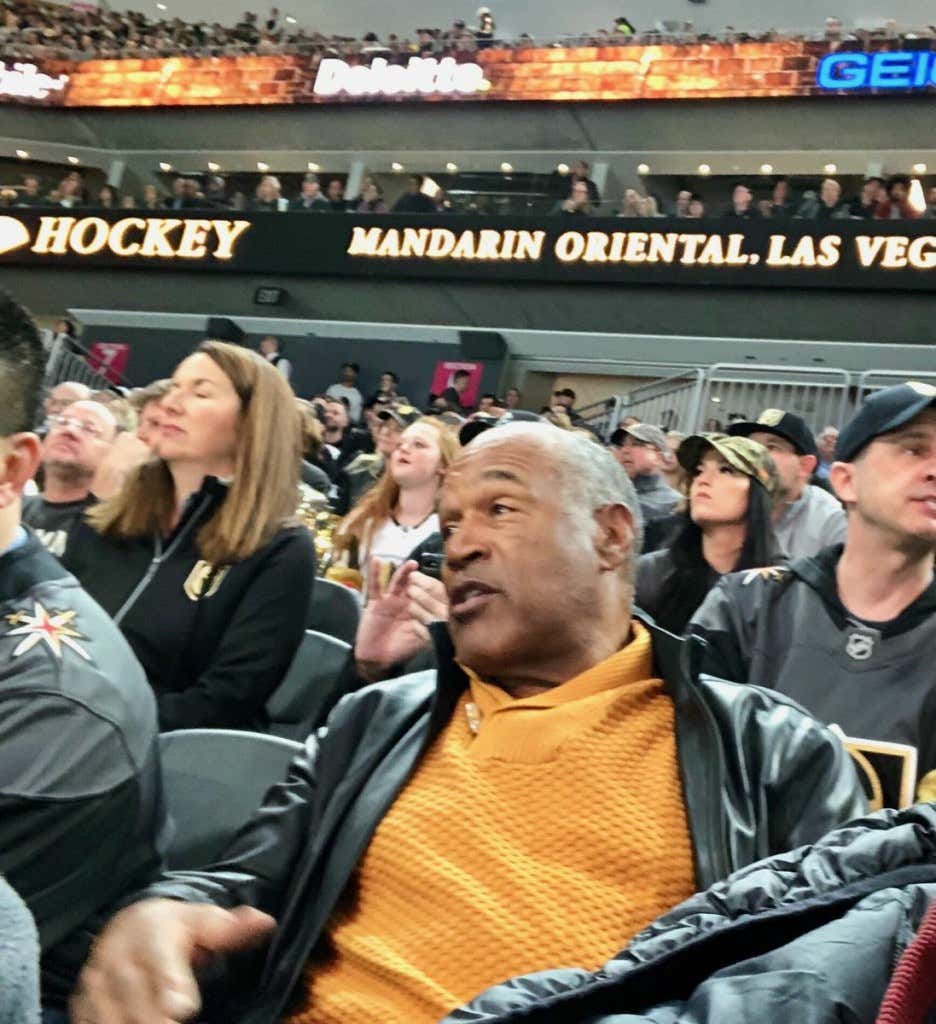 When it was first announced that Vegas was going to get a professional hockey team, I thought to myself “hey, that’s kinda neat. It’ll be good to get the game more exposure and hopefully get a few new people interested in hockey who would have otherwise never given a heck about it before”.

Never in my wildest dreams, however, would I think that in year 1 of the Vegas Golden Knights franchise would it make OJ Simpson the biggest hockey guy on the planet. You can tell how much he truly appreciates the game from that look right there. You know he’s thinking to himself that literally every single one of the hits he’s seeing out there on the ice would put LeBron on IR for at least 4-5 weeks. He’s saying to himself that the boys really need to just get back to basics with the dump and chase. That the boys just need to get pucks deep, win those battles in the corners for loose pucks, get some shots on net and crash hard. Quick shifts, gotta start shortening the bench a little bit, FUCKING BACK CHECK GODDAMMIT. This isn’t some throw away game up in Rochester. Christ.

And sure. Maybe OJ will occasionally scream “shoooooooooot” during the powerplay. Sue him. Well–actually–don’t sue him. Because I don’t think OJ needs any more legal troubles these days. But it’s OJ Simpson for pete’s sake. The man can do whatever he wants. He’s the Juice. At least he’s not banging on the glass in the first row.