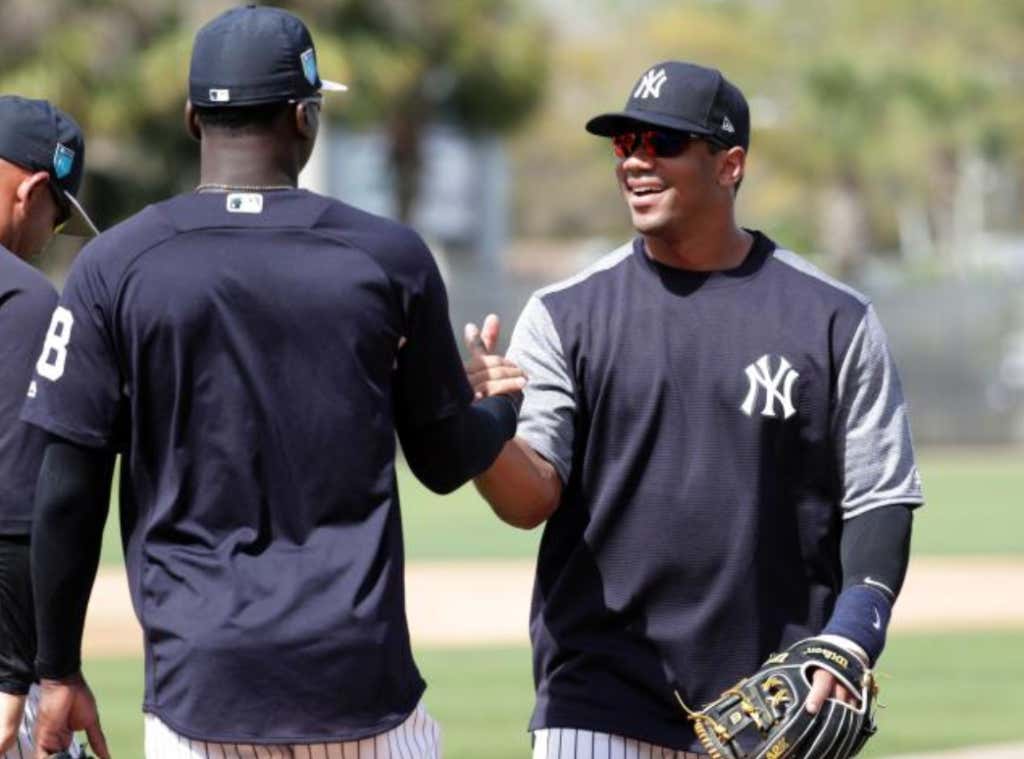 SHOOT ME IN THE FACE. I have thoroughly expressed my hate of Russell Wilson and all of the shenanigans he’s produced so far in Tampa. No, he’s not playing in any of the games, but he’s expectedly bothered the fuck out of me. As I discussed on The Short Porch I’ve been having the same nightmare over the past two weeks about Danger Wilson finishing a practice with the team this week and then getting the good old pigskin out to toss around with Aaron Judge and Giancarlo Stanton. Every media member there will cum themselves at the video, but that’s up until Wilson attempts the pass.

No thanks. Hey Russ I know you won a Super Bowl but let’s be real you did nothing to earn that win. It was all the Seahawks defense and not because of your arm. I don’t need you telling Judge to go deep and underthrow the fuck out of him and cause Judge and Stanton to collide and kill themselves. That’s how the Yankees season ends before it begins. I will vomit if I see a video of Judge and Stanton running routes for Wilson.

Also for those thinking Wilson hitting a few homers is that impressive, get a reality check. It’s batting practice. He’s played in the minors before because he’s a baseball player. If Aaron Rodgers stepped in there and hit a few out I’d be impressed. Wilson does nothing for me.

Could this guy be any cornier? All he says is ‘Go Yanks.’