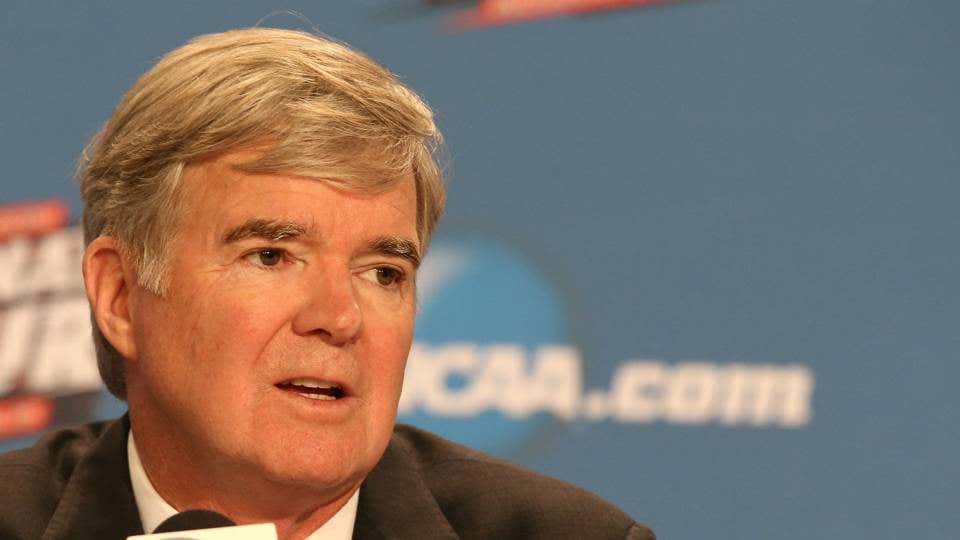 So Mark Emmert just went on the CBS pregame show with Greg Gumbel, Seth Davis and Clark Kellogg to talk about everything that was released in the last 24 hours. It was mostly a bunch of rambling and making me irrationally mad because I just can’t take anything Emmert says seriously. However, there was one thing that made me feel okay and agree with him.

Emmert said he believes ‘rules have been written for a very different age. We need to go look at the rules and work for the current context going forward.’ That would be a HUGE step. He talked about how he wants these changes to occur before the tip of next season – again, a positive step.

On top of all that he discussed how the current rules regarding the ability of college athletes to have agents should be “very different” than they are – essentially saying basketball players should be able to have and work with representation. That’s something that I think is a good thing, disagree with me if you want, but I’d like to see these kids get guidance from an agent as well. Remember, the No. 1 pick is going to have $15 million in two years. Let him work with an agent during the time leading up to that.

There was also this answer to a Seth Davis answer – transcribed courtesy of Matt Norlander.

The other important thing Emmert talked about is how the NCAA can only work with those in higher education during this investigation. They don’t have the capability to issue subpoenas or wiretap. They can’t just call up Christian Dawkins and force him to talk to them. It can only come with those who work within higher education. That’s something to remember whenever we get to the NCAA investigation part of this whole thing. They aren’t going to have all the information, hell, they may not even have half.

As I’ve said if this investigation leads to change and movement towards how the NCAA should be, I’m all for it.