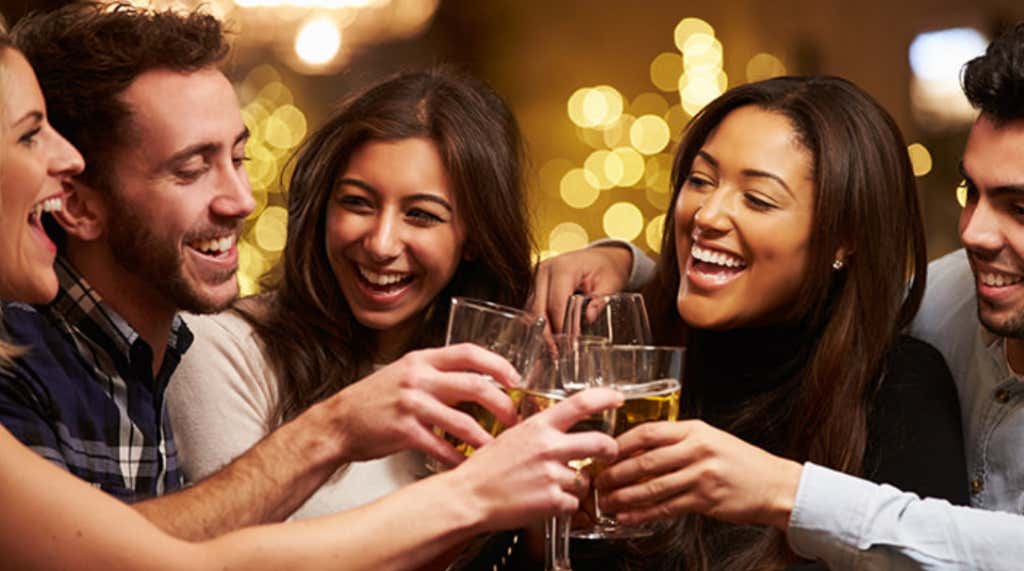 When it comes to making it into your 90s, booze actually beats exercise, according to a long-term study.

The research, led by University of California neurologist Claudia Kawas, tracked 1,700 nonagenarians enrolled in the 90+ Study that began in 2003 to explore impacts of daily habits on longevity.

Researchers discovered that subjects who drank about two glasses of beer or wine a day were 18 percent less likely to experience a premature death, the Independent reports.

Meanwhile, participants who exercised 15 to 45 minutes a day, cut the same risk by 11 percent.

Great, all set. I don’t need to see anything else or any other reports. Read those few lines from the University of Cal and then close the article. Everyone go ahead and cancel your gym memberships. No more waking up on the 5th day of the month to notice $30-$50 oddly removed from your bank account. You can’t remember what it’s for because you don’t go enough. No more dragging your ass to the gym where you pretend to know what you’re doing because everyone else tells you it’s good for you.

“I have no explanation for it, but I do firmly believe that modest drinking improves longevity,” Kawas stated over the weekend at the American Association for the Advancement of Science annual conference in Austin, Texas.

That quote came directly out of the month of a neurologist at Cal aka a very smart person.

It’s okay to put on some weight when we’re older! The time when we really don’t give a fuck what we look like, it’s actually healthier to let yourself go a little. Done deal. I write this blog as it’s 60 degrees outside and supposed to be 70 tomorrow. Time to live longer.