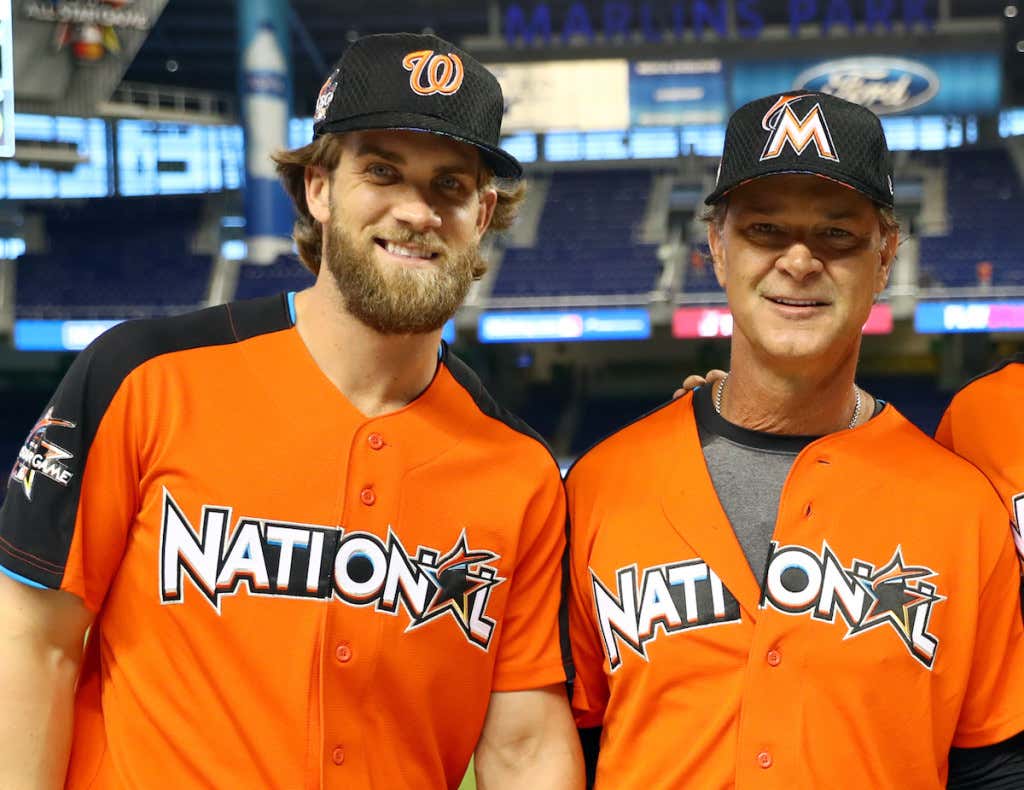 We’ve had this discussion a million times now about how Mike Trout is the best player in the league, but Bryce Harper is the most popular. One of the biggest reasons why is because he’s not afraid to speak his mind, and he exercised that right on Monday when he vocalized his thoughts on the Marlins’ offseason, which really only echoed the sentiments of just about everyone else who spoke on this particular topic.

“I was very shocked that they were going to let go of Yelich, Ozuna, and Stanton, because that’s one of the best outfields in the game. So, very shocked about that. I mean, you can’t say enough about what Stanton did last year, what Ozuna did last year, and what Yelich has done the past couple years, so I thought they were a great team. I think they just had to add a couple more pitchers and they would have been pretty dang good.”

Motherfucking PREACH, Bryce Harper. You got Jeets swooping into Miami’s front office with this “master plan” about how he’s going to make the Marlins profitable, which really only meant that he was going to cut the payroll so low that a profit was inevitable. It had nothing to do with putting a good product on the field as soon as possible. The Marlins new ownership group did the exact opposite of that.

Harper hit the nail on the head here — the Marlins weren’t too many pieces away from being able to at least contend for a Wild Card spot. The tragic loss of Jose Fernandez was a tremendous setback for the organization that you can’t even really begin to quantify, and Christian Yelich spoke about how Fernandez’s passing was the beginning of the end for that core of Marlins players that Jeter recently disbanded. But even without Fernandez, that outfield that Harper spoke of was fucking stacked. They just needed some pitching to supplement what was the fifth highest run-producing team in the National League last year.

Marlins manager Don Mattingly didn’t take too kindly to Harper’s comments, however accurate and non-threatening they might’ve been.

I mean, what was Harper wrong about? He obviously doesn’t know what conversations are taking place behind closed doors, but he never claimed to know the inner workings of the organization, either. There’s plenty happening right here in front of our eyes for all of us to make accurate assessments of the organization, and guess what? They ain’t great! All he said was that he was shocked at how the Marlins broke up an incredibly talented outfield (fair), and that the Marlins were a couple of pitchers away from being able to contend (also fair).

Then again, I would be incredibly pissed off and snapping at everyone for no reason if I knew that I had to endure a full season of Marlins baseball this year, too.

PS — The amount of people who don’t get that headline is disheartening to say the least.