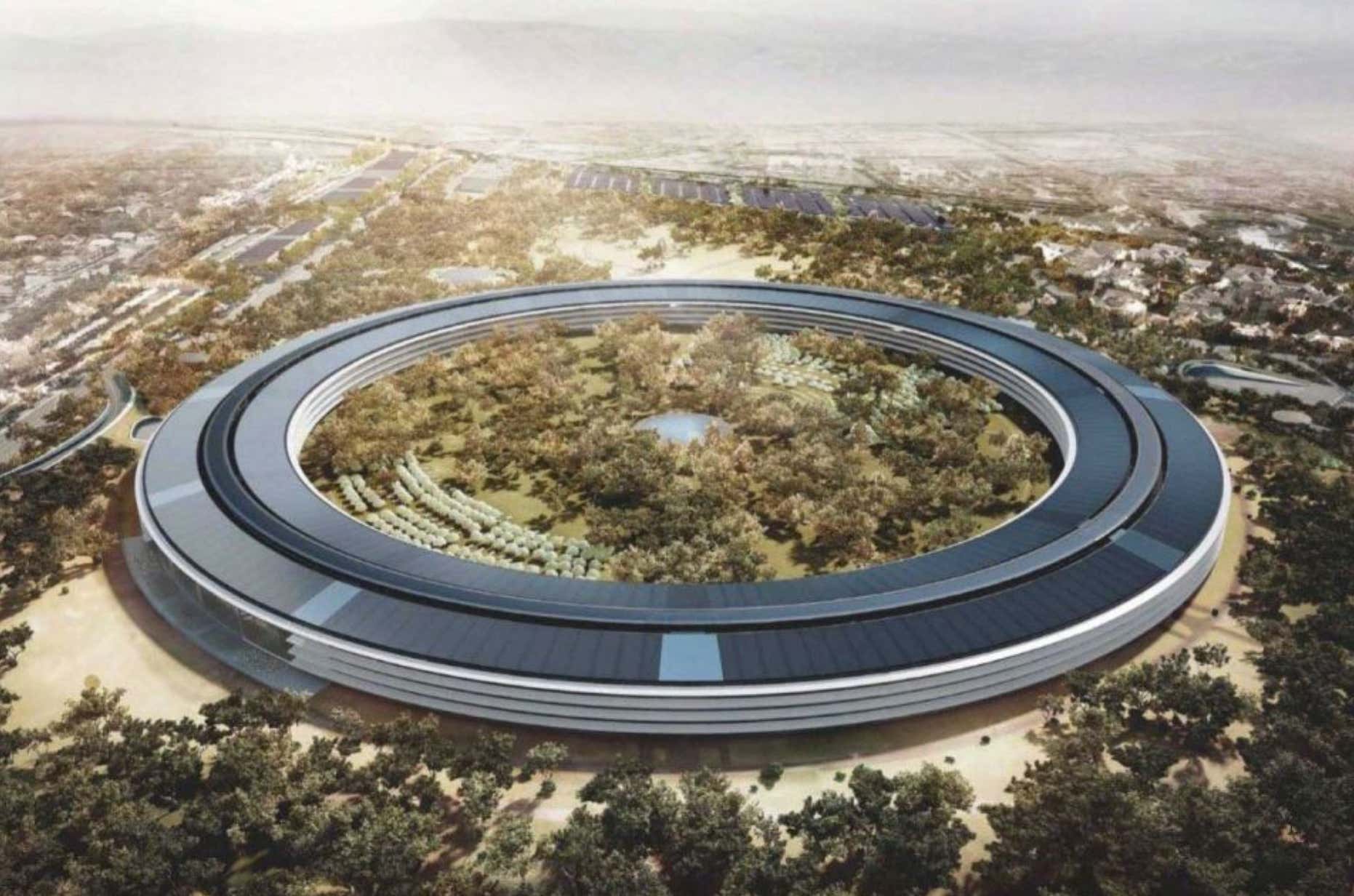 Time- The centerpiece of Apple Inc.’s new headquarters is a massive, ring-shaped office overflowing with panes of glass, a testament to the company’s famed design-obsessed aesthetic. There’s been one hiccup since it opened last year: Apple employees keep smacking into the glass. Surrounding the Cupertino, California-based building are 45-foot tall curved panels of safety glass. Inside are work spaces, dubbed “pods,” also made with a lot of glass. Apple staff are often glued to the iPhones they helped popularize. That’s resulted in repeated cases of distracted employees walking into the panes, according to people familiar with the incidents. Some staff started to stick Post-It notes on the glass doors to mark their presence. However, the notes were removed because they detracted from the building’s design, the people said. They asked not to be identified discussing anything related to Apple. Another person familiar with the situation said there are other markings to identify the glass.

What a perfect story. It’s straight out of The Onion. The smartest, most valuable company in the world builds a beautiful new headquarters complete with lots of beautiful glass walls annnnnnnnnnd the employees keep running into them like idiots. It’s laugh out loud funny that people started putting post-it notes everywhere so people knew where the walls were. WARNING: DO NOT WALK INTO THIS POST-IT NOTE. IT IS A WALL. It just goes to show that no matter how smart humans think they are, we’re still liable run into clear walls like we’re goddamn birds. Tim Cook ramming into a glass wall and losing his glasses is a humbling image for the human race.

Or imagine getting hired by Apple. Congrats to you! That Facebook status is gonna get hella Likes! You’ve achieved your dream. You worked hard for 4 years in college in hopes of getting hired by the company that created the iPhone. You’ve looked up to Steve Jobs ever since you were a kid and now you get to help carry the torch of the company he created. Your family couldn’t be happier for you. you made it.  Then it’s your first day on the job and you simply can’t stop smacking into walls. At a certain point you decide to stop moving all together. So now you’re standing inside Apple HQ and are too afraid to walk in any direction cause it could mean death. Dream job.