But Smitty and Shaun don’t really inspire the same visceral reactions from Stoolies. Both seem like good dudes you would like to have a beer with. So I am here to impartially help you decide which face you want to see unconscious on the canvas later tonight.

If you love Frank The Tank: Smitty 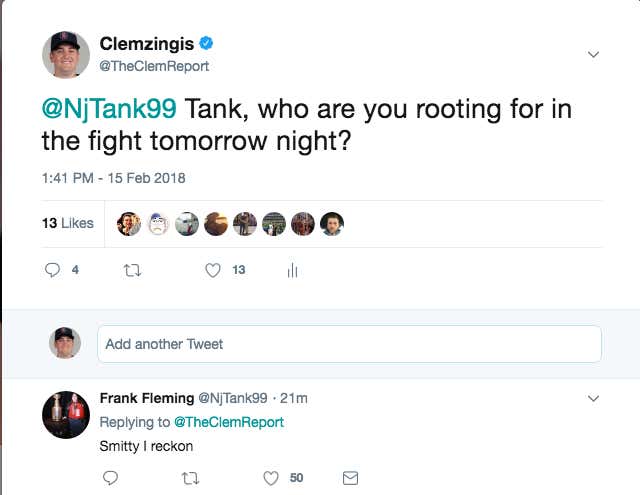 On the other side of the polarizing equation for Stoolies, we have the universally beloved Frank The Tank pulling for Smitty. I don’t know if that’s because Frank met Smitty during a visit to HQ or if it’s because Chef is a competitor to Tank Cooks. Tank ranting against Shop Rite for forgetting his bologna was top notch stuff.

If you are a member of the #GoPresGo crowd: $20 Chef 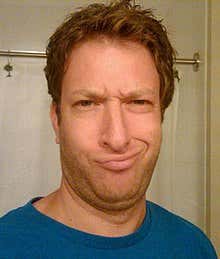 I think Dave has made it pretty clear how he feels about Smitty over the last 2 weeks. I don’t know if it’s because Smitty went to sleep at 11 pm after the Eagles won the NFC Championship Game, #Dickgate, the Eagles beating the Patriots in the Super Bowl, years of disappointment, or a combination of all those things. But if you are a #GoPresGo guy or girl, you are rooting for Shaun Latham.

And if you are a member of the #GoPresGo crowd, please make sure to ask your parents permission before using their credit card to order the fight.

If you believe in the Rone Curse: Smitty 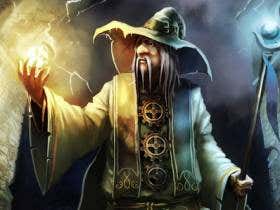 Yeah I know Rone technically cursed Dave and the Patriots. But again, Dave hates Smitty and a win for Smitty is a loss for Dave (even though Dave will still be making money off of Smitty getting punched in the face because he always fucking wins due to his deal with the devil). But there is no part of a Smitty loss that can be spinzoned into a win for the Rone Curse. If you are a fan of the Rone Curse or just curses in general, you are pulling for Smitty. 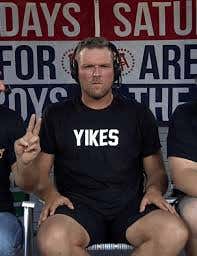 Okay, that’s not fair because everybody likes Pat. If you don’t like Pat, you should be the one getting knocked out in the middle of a ring in West Virginia.

If you are a fan of Michael Rapaport: $20 Chef

I think this is all pretty self-explanatory

If you are NOT a fan of Michael Rapaport: Smitty

I think this is all pretty self-explanatory as well

If you are a fan of Barstool Gametime: Smitty 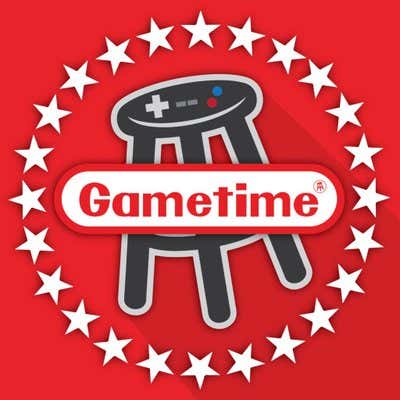 Smitty has had the touch of death when it comes to Barstool franchises, yet somehow Gametime has survived. I don’t know if that’s a testament to Devlin and myself or that Dave hasn’t found out we do it yet. But regardless, if you like gaming on Barstool, I think Smitty is your guy. 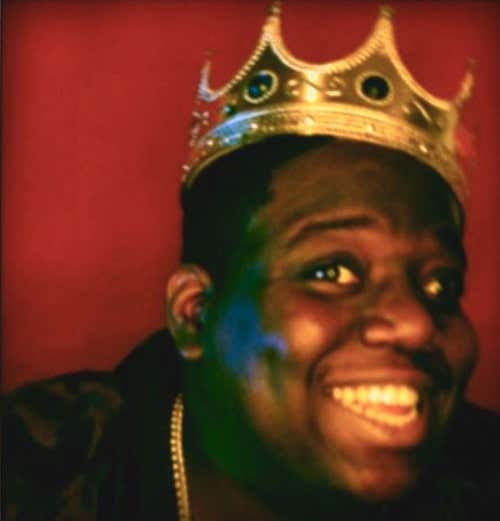 I think this one is pretty obvious, but it has to be stated. People with lazy eyes have taken a lot of heat because the eyes are the window to the soul. Shaun is now their champion and a win for them will be the biggest win for people with lazy eyes since that fine gentleman above was turning out classics more than 20 years ago. Also, not sure if this effects who Riggs roots for, considering he was once a cohost on Drivetime with Smitty (RIP In Peace). 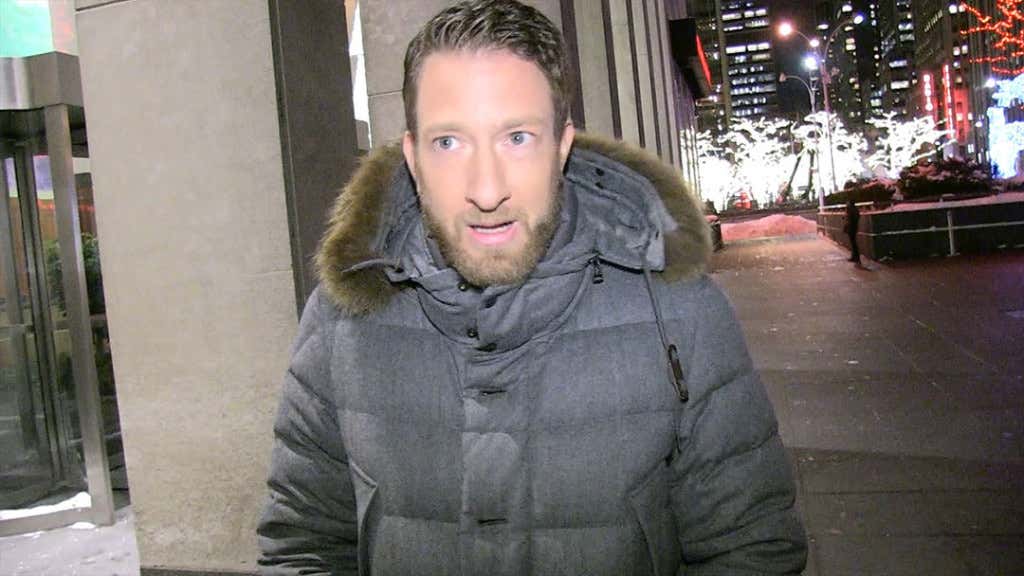 Chef is a sneaky 39 years old, which kinda makes him the champion for older people as well. I’m not throwing stones here, just stating facts. If Chef hadn’t shaved off a few pounds, I would say he was also the champion of #BigGuyTwitter. But since he’s going the other direction like my Sweet Trent, I can’t lump him in with the rest of us lumps.

If you are a prison guard:$20 Chef 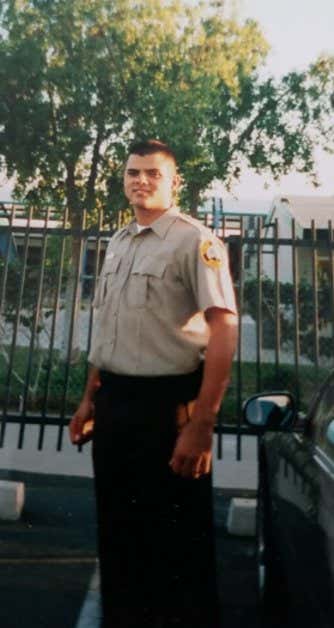 If you are a big Sinatra fan: Smitty 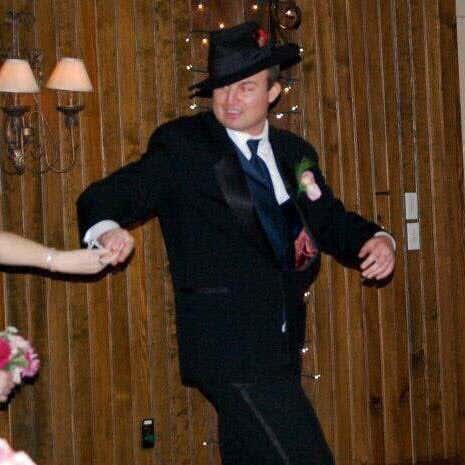 Sorry, I had to include these two pictures in the blog because they are way too funny not to.

If you are rooting what’s best for content: Smitty 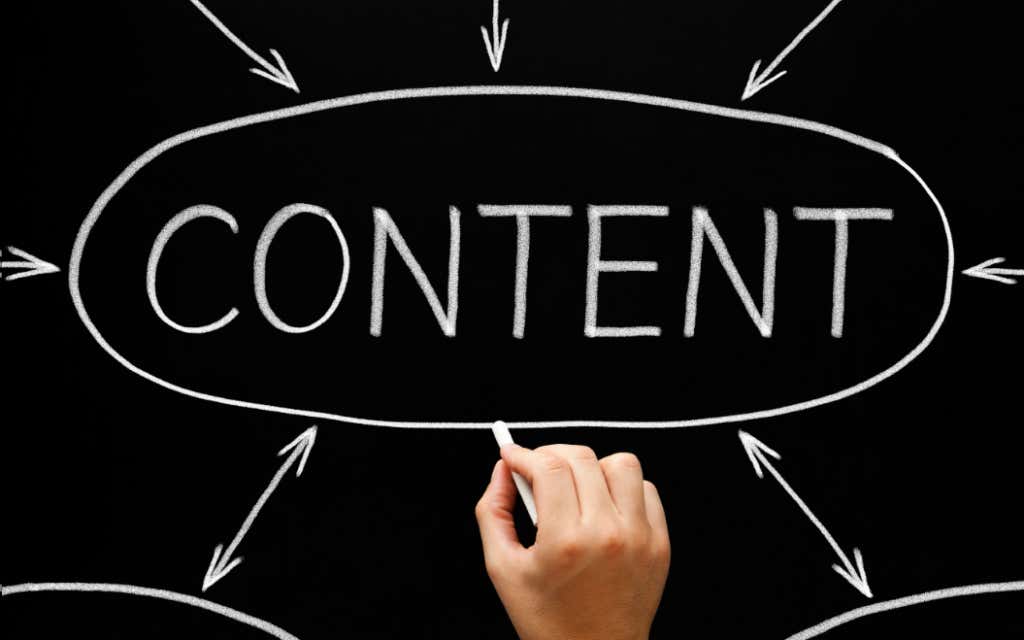 I’ve thought about this one for a while and to be honest, I think Smitty winning is the best for content. If Smitty gets knocked out, we probably get a few classic gifs of Dave tap dancing on Smitty’s unconscious body. But the story goes back to Smitty getting shit on and Philly coming up short in a big spot. I don’t have the numbers in front of me, but I imagine the last month or so has been the best month in Barstool Philly history. Smitty needs to keep this winning streak alive for himself and for all of Philadelphia. Plus Smitty has floated the idea of knocking out Portnoy in the name of content after he wins. That would be the biggest moment in Barstool history and would be front page news on every sports blog on the planet. I’m pretty sure Deadspin would actually do a full-blown 30 For 30 about the fight or at least the punch. The sports world will burn if Dave Portnoy gets punched tonight and in the end, I think it would be a good burn for Barstool.

Meanwhile, I believe that Chef will continue to climb the Barstool power rankings win, lose, or draw just because funny always plays and a loss won’t hurt his standing here at the Stool whatsoever.

So there you have it. Odds are you fit into at least one, if not multiple categories. And if you are split down the middle or still don’t know who to root for, tweet me @TheClemReport and I will pick a name out of a hat for you, since that is the only fair way to do things outside of a Rock, Paper, Scissors showdown.