Source – A NUMBER of prehistoric drawings have sparked a local government to seek the help of NASA after the images appeared to depict extraterrestrial life. …

Discovered in Charama, India, the images appear to show aliens and UFOs, similar to scenes of a sci-fi movie.

According to local archaeologist JR Bhagat it is unclear as to what the images reveal. He said: “The findings suggest that humans in prehistoric times may have seen or imagined beings from other planets which still create curiosity among people and researchers. … The strangely carved figures are seen holding weapon-like objects and do not have clear features.

“Specially, the nose and mouth are missing.

“In few pictures, they are even shown wearing space suits. We can’t refute possibility of imagination by prehistoric men but humans usually fancy such things.” …

The archaeologists have contacted NASA and [India Space Research Organisation] to help solve the mystery.

Cave paintings of aliens and a perfectly rendered UFO. Paintings that were made 10,000 years ago. Aliens and a craft that look exactly like the descriptions we’ve been hearing about Roswell for the last 60 years. And from all over the world for centuries. No big deal. Nothing to see here. 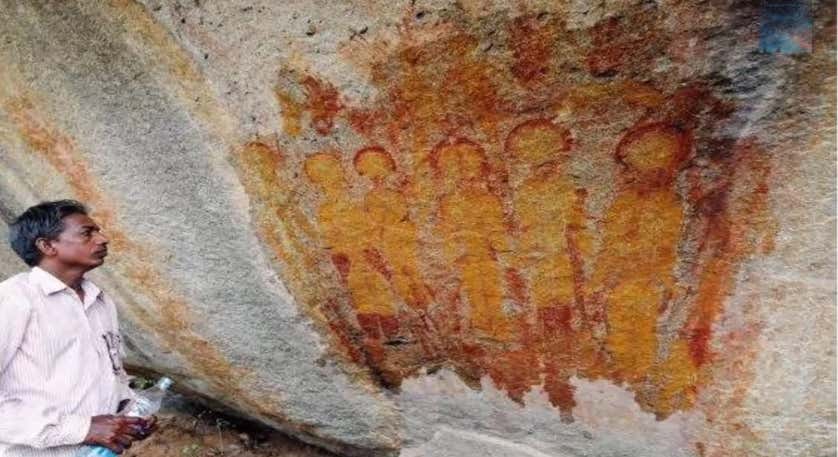 So who’s up for telling me this is just a coincidence? That the cavemen who painted these were just perpetrating a hoax? Maybe tha they were just after all the publicity you got from making an outrageous claim in the back in those wild Neolithlic Revolution days? Or that the saucer shaped thing with the glowing lights emitting from it is just a 10,000-year-old weather balloon? 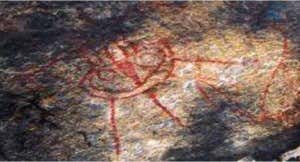 Sure. You tell yourself that. Just remember what I’ve said here before. That there is more evidence that aliens have walked the Earth than Jesus walked the Earth. And I’m a big Jesus guy. But these painting predate him by 8,000 years and look about as close to something you’d see on The X-Files as you could possibly expect to see scratched onto solid rock with a stick by a guy using animal blood and berry juice. 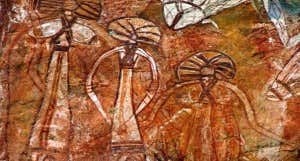 So much so that the authorities have skipped over asking archaeologists and anthropologists to figure this out and went right to the only experts in this field, the alien-ologists at NASA and ISRO who truly understand what we’re looking at here.

At some point, and that time is coming soon, the truth will be revealed. And we’ll look at those among us who are still saying UFOs are bullshit stories made up by lunatics like we look at people who believed the Earth is flat. The evidence is all around us. And has been for 10,000 years.