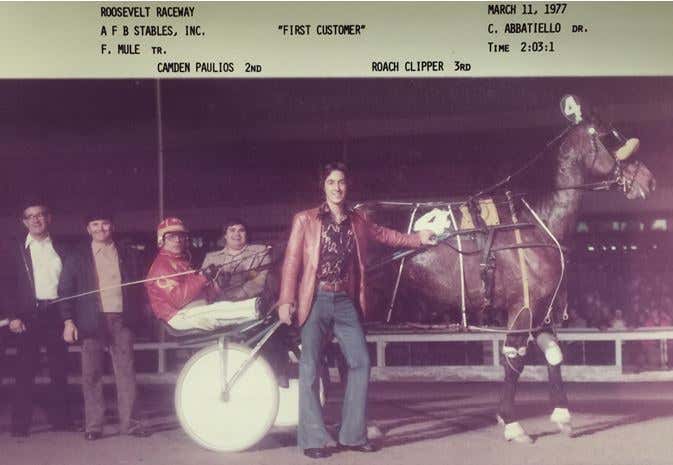 So this came up the other day when we were in Yonkers doing a pizza review. I mentioned how Yonkers had a harness track and Frankie casually chimed in that the first thing his dad bought after opening Borellis Restaurant was a harness race horse that he named “First Customer.”   He then proceeded to show me this winners circle photo of his dad.   Look at this guy!  Saturday Night Fever meets Bronx Tale. Those bell bottoms scream that there are a ton of little Frankie Borelli’s running around that the real Frankie Borelli doesn’t even know exist. Seriously this may be a better photo than the one from the Islanders parade. 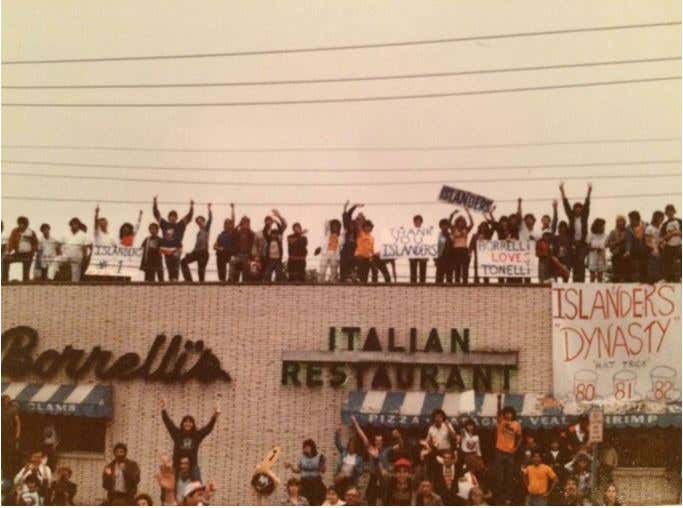 I’m telling you Frank Borelli Sr. is a god damn electric factory. I think we need him involved in a big way. Even if it’s just him sitting in the radio room flipping pizzas while we do our broadcast. Need something.