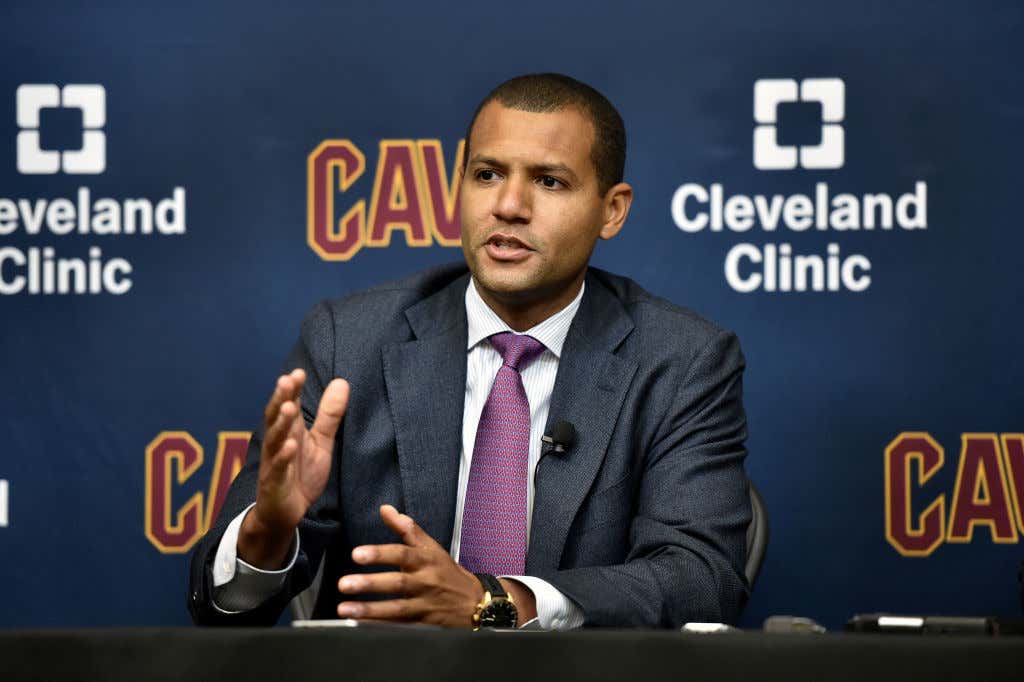 Holy shit what a day. As expected the Trade Deadline Day arrived and boy was it wild. I tried by best to keep you all up to date while at work but some smaller trades slipped through the cracks so I figured now that it’s over and the dust has settled, what better thing to do than give some instant reactions as to who won and lost today without these teams even playing one minute together.

A no brainer really when you consider everything they did today. This isn’t to say they didn’t take on risk, as the guys they brought in don’t really solve all their problems on the defensive end, but they are a whole lot more versatile and should be able to switch better than the previous group. You could argue that if Lebron bolts they still have decent talent they can choose to keep and most importantly, they still have the BKN pick.

Now is it smart to give the #1 suitor of your best player a shit ton of cap space for this summer? Not really, but CLE is probably better moving forward. We’ll have to see how it all fits and more importantly, who Lebron plans on blaming if it doesn’t, but they are a winner of today.

This may surprise you because all they did was trade for Elfrid Payton for a 2nd round pick, but the Suns reallllly need guard help. Since they traded Eric Bledsoe they really haven’t had a solid option there, and Payton could be your classic case of a guy who just needs a different location. The Magic aren’t really known for developing young talent, and Payton is a RFA so if he plays well, the Suns will have the inside track to keep him moving forward.

This isn’t even about Isaiah. This is about the fact that they shed big time committed salary and didn’t have to give up Julius Randle to do it. Not only that, but they GOT a first round pick for their troubles. Maybe Pelinka and Magic know what they’re doing?

So let’s say they renounce Randle (or sign and trade) and stretch Loul Deng’s contract. They’re now looking at $70M in cap space this summer. I know they wanted to punt until the summer of 2019, but sheeeeeeesh.

Big day for Woj. Clem has this covered if you wonder why

A luxury tax move by POR benefits the Bulls for sure. Have you even heard of Milovan Rakovic? Me neither. In return they get a 22 year old big man who never really showed anything in POR but has started 109 games in his NBA career. Where’s the harm and giving him a look? They certainly have the minutes for him with Mirotic gone on that second unit, and he’s a RFA after this season. I can’t imagine he’s going to get a huge offer sheet this summer, and this is exactly what I would want my front office to do if I was a Bulls fan during a rebuild. Take a flier on a guy who is still young and has potential, and see if there is anything there while not compromising your future in terms of salary or picks.

Not a bad finesse if you ask me getting to go back to MIA.

I mean try and tell me this wasn’t the most fun you’ve had on a random Thursday in quite some time. Love NBA Trade Deadline Day, love it so much.

You want me to say it? Fine I will. Not a great day for Team Isaiah mostly because he’s a Laker. Can’t root for a Laker under any circumstances, those are the rules. Also not a great day for my mentions given my comments and stance this summer. That’s fine. I find it a little sad the entire city of Boston has seemed to turn on a guy that isn’t even healthy but we’ve talked enough about this. Here’s to hoping he helps drop that Lakers pick into the sweet 2-5 spot.

The Knicks confuse me. Why exactly did they feel the need to trade for Emmanuel Mudiay when they have Frank Ntilikina on the roster? How does he help you more than Dougie McBuckets does? I suppose they think maybe they’ll be able to keep him in RFA due to his market, but would anyone be surprised if they overpaid this summer?

Also, not finding a taker for Noah is rough, but they can buy him out (even though he was against this).

The NBA called their bluff. The Grizzlies held firm on wanting a 1st round pick, and as a result they were not able to move Evans. Remember, they do no own his Bird Rights, so he could potentially be walking next year for nothing. They have their mid-level exception to maybe try this summer, but I highly doubt that will be enough money given the season Evans is having.

If you think about it, they’ve had 2 weeks to figure this out. They shut him down and everything, and when the market told them what his price was, they refused to adjust. Now they could be left with nothing. Not smart.

I think I am not alone here. Not sure how the economy will recover with all of us doing jack shit at the 9-5. If you’re a boss and you’re reading this, understand it’s not a choice. Woj and Shams have us by the balls this time every year, so take it easy on your employees.

Because now it’s over, and we probably won’t have this same sort of excitement until July for free agency

So all in all this was about as crazy as a day as we could have hoped. The NBA rarely let’s us down so while there wasn’t the same player emoji drama of years past, it was every bit as entertaining as I could have hoped.