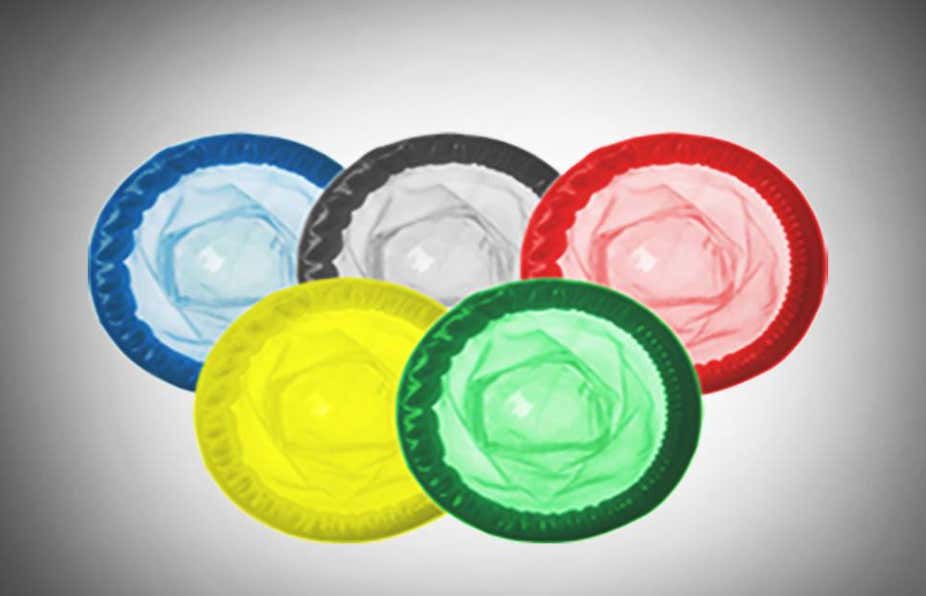 This month’s Winter Olympics in South Korea will set a record even before the first athlete comes out of a starting gate, organisers said on Thursday – for the largest number of free condoms handed out at a Winter Games.

Over little more than two weeks from the opening of the Olympiad next Friday, a total of 110,000 contraceptive sheaths will be distributed, 10,000 more than at Vancouver in 2010 or Sochi in 2014.

With 2,925 athletes taking part, it equates to an average of 37.6 condoms per sportsman and sportswoman.

Woah, that’s a lot of sexual intercourse folks. I feel like some of these athletes are gonna have more sex during these next few weeks than I will my entire life. I kinda hope one day an athlete writes a tell-all book about what actually goes down when these freak skiers, lugers, curlers, and skaters have some down time in between days. They can’t drink obviously unless they get eliminated, they’re not enjoying a great meal cause they have to keep their bodies in shape, so they just have sex. They’re in freezing cold South Korea, what else you gonna do when everyone there has a perfect body and looking to do the same as you? Hop on Tinder or Bumble and it’s probably unreal. I hop on Bumble and I could be swiping for hours and get literally nothing. At the Winter Olympics if you swipe right probably five times in a row you’re probably gonna have a smoke knocking at your door in ten minutes. I’m all about national pride and making my country proud, but to experience the sex at the olympics is a true bucket list item.

Thirty seven condoms sounds like a good old fashioned challenge to me.