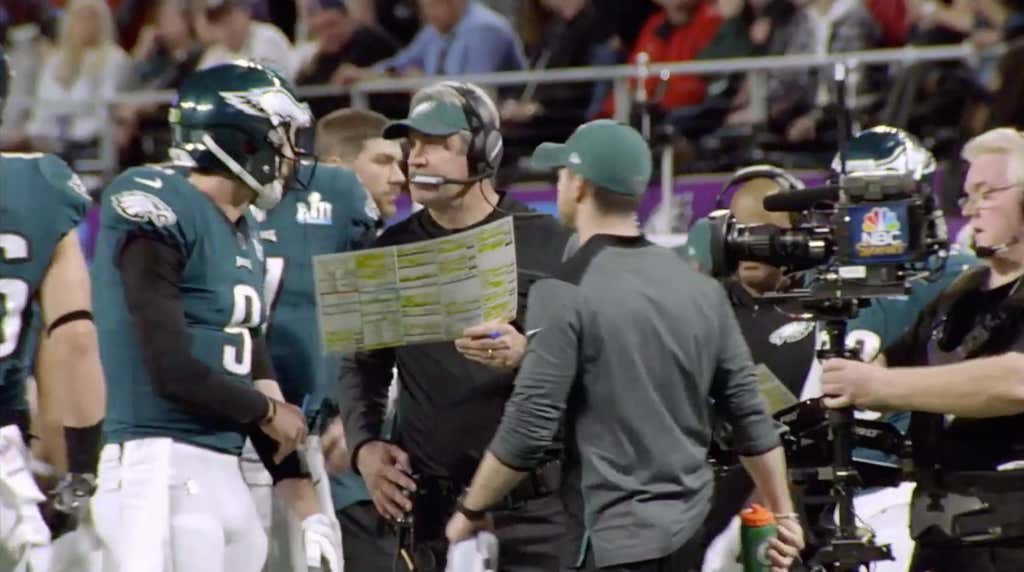 I’d consider myself to be a pretty routine guy. I have certain things that I do pretty much every day pretty much in the exact same order. It’s not very often that I add new things to my routines. With that being said… I will now be watching the “Inside The NFL” footage from Super Bowl LII every single day until the day I die because holy shit is it incredible.

I’ve always said that mic’d up players is the best way to watch sports. I don’t care if it’s the NFL or the NHL or if it’s high school or if it’s your 5-year-old son’s soccer game. I’ll always prefer to listen to mic’d up players than anything else. And when the footage of the mic’d up players just so happen to be the guys who win your city its first Super Bowl ever? Well this is better than anything that has ever won an Oscar before, I can tell you that.

Big shoutout to the fellas over at DelcoDelphia for grabbing the footage and loading it up on Streamable.

Talked about this scene yesterday but watching Big Dick Nick walk up to Doug Pederson during that timeout and suggest “Philly Philly” is just about the greatest thing I’ve ever seen. Big Dick Nick earned every single inch of his nickname in that moment right there. And again, credit to Doug for having the play call ready and having the confidence in Nick to roll with it once it was suggested.

Obviously there were a ton of incredible moments from Super Bowl LII. But one under the radar moment that speaks volumes to this game was Nick Foles’ reaction to Brandon Graham’s strip sack. For starters, Foles called that shit before the defense even got on the field. But once it happened, you see him celebrate for about 1.5 seconds before immediately going right back to business and realizing there’s still some game to be played.

A guy who contemplated retiring from the game not too long ago. On the game’s biggest stage. About as calm and cool and collected as could be against quite possibly the greatest dynasty the game has ever seen. I also love him starting the next huddle with “I love you guys, first off”. Goddamn this team is incredible. Foles was clearly the star of the Super Bowl and the star of all this footage. But you’ve got so many other guys out there whose personalities are clearly one of the major reasons why this team was able to win. Whether it’s Chris Long keeping everybody loose on the sideline. Malcolm Jenkins keeping everybody motivated and up. It’s all incredible.

And while I’ll be watching this footage every day for the rest of my life, I’ll also be listening to the audio of Jason Kelce’s postgame rant mixed with Rocky music in the background every day as well. Might just have to make it my new alarm.

inside the nfl+ 5 Tags