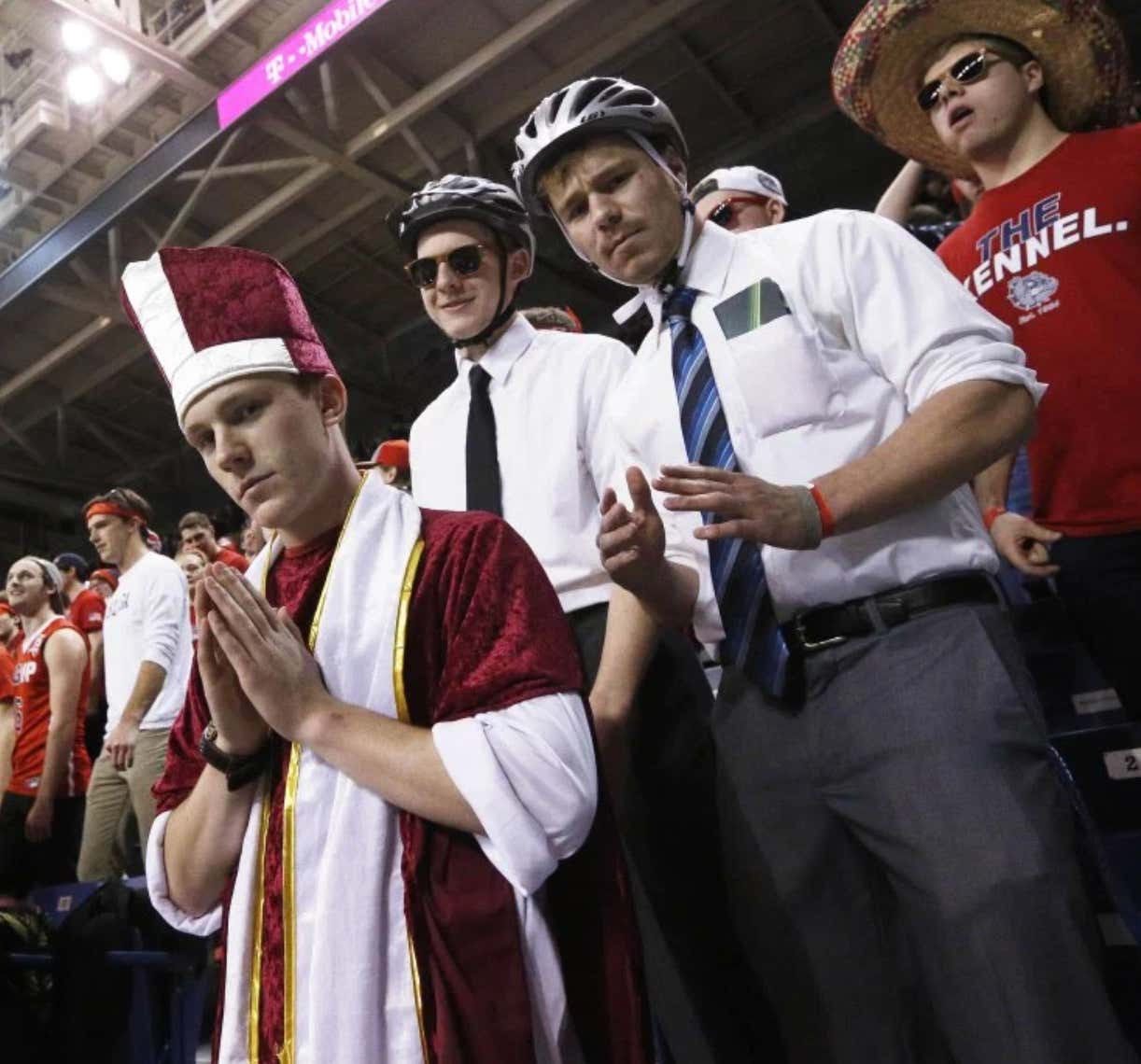 That’s the request from the Gonzaga administration to its students before the Zags play host to BYU on Saturday night.

According to the Gonzaga Bulletin, school higher-ups are requesting that students don’t dress up as Mormon missionaries, as they have in the past when the two rivals meet in Spokane.

“[Those costumes don’t] really represent who we are as a university and it shines bad on us and doesn’t show a welcoming community that supports everybody,” said Colleen Vandenboom… 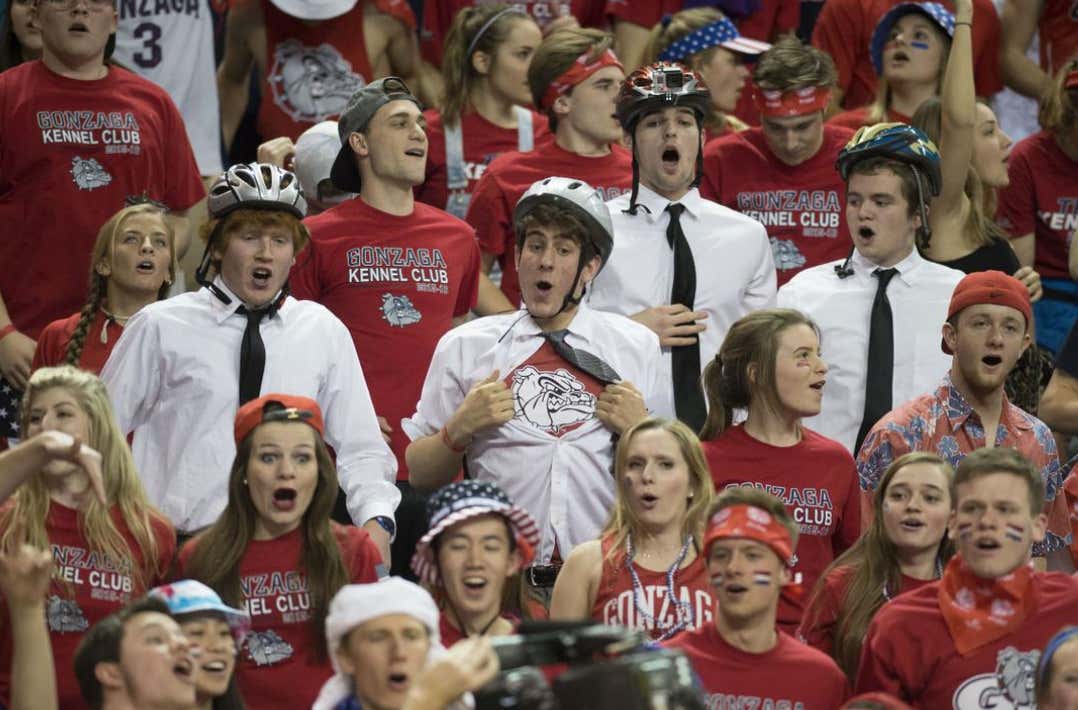 Great. Another one bites the dust. Another fantastic expression of creative fandom is snuffed out by an overly sensitive school board. Are Mormons really offended by a couple guys dressing up in a shirt and tie? The bike helmets might be a little too on-the-nose, but they tie the whole outfit together. Look at those guys. Hysterical. Would I be offended if I were a Mormon? Perhaps, for a second. Then I’d go back to my wives and alcohol-free beer, I’d turn on the Jazz game, and I’d remember that the dudes who make South Park created one of the most successful musicals of all time that mocks my religion WAY more than a couple college basketball fans.

Mormons also seem to have thick skin. They are the butt of a lot of jokes, yet you don’t see them protesting in the streets too often. Mostly, they show up at your door looking like government agents who need to take a sample of something you found in your basement. As far as BYU goes, if you’re going to expel college students for having premarital sex, you need to be able to handle a little ribbing. And I’m not referring to condoms, since those are probably frowned upon as well.

Willie brought up the concept of “soaking” on the radio the other day. If you’re not familiar, this is the Mormon solution to satisfying one’s sexual urges without having “sex.” Apparently, you just put your penis in and let it marinade for a while, but you can’t move around. No humping, bumping, thrusting, wobbling, or shivering allowed. This sounds like my nightmare. Call me old-fashioned but I need to hump. Lying perfectly still, as though you just heard your parents come home, sounds like a miserable time. What’s more, I don’t understand how this is a suitable workaround, but I’m not familiar with the sexual bylaws within the Book of Mormon. “Thou shall insert and soak up the juices for as long as thee pleases. However, if an earthquake begins, thou shalt immediately vacate the tunnel, place thine member back within thy robes, and retire to separate rooms. Pre-marital friction is strictly prohibited!”