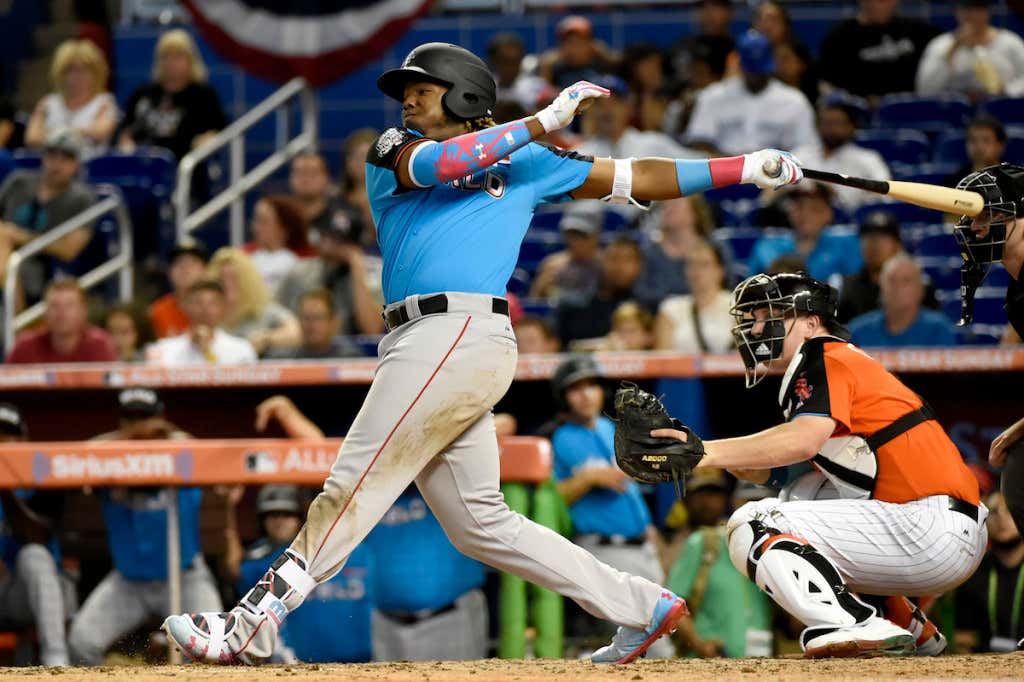 Tomorrow, you’re going to hear the name Vladimir Guerrero quite a bit, because they’re announcing this year’s Hall of Fame class, and I’d bet my left nut that Vladdy is getting in. But once his old man is finished with his victory lap for one hell of a major league career, the stage within the family will then belong to Vladimir Guerrero Jr.

Who is Vladimir Guerrero Jr., you ask? He’s the 18-year-old son of the soon to be Hall of Famer, who is a prospect in the Toronto Blue Jays’ system, the number three prospect in baseball according to Baseball America (really No. 2 because I don’t count Shohei Ohtani as a prospect), and is the first prospect ever in history to be given an 80 grade hit tool by MLB Pipeline. Yeah. I guess you could say he’s kind of a big deal.

If you’re unfamiliar with how the 20-80 scouting scale works, we’ve got this little chart here via FanGraphs. 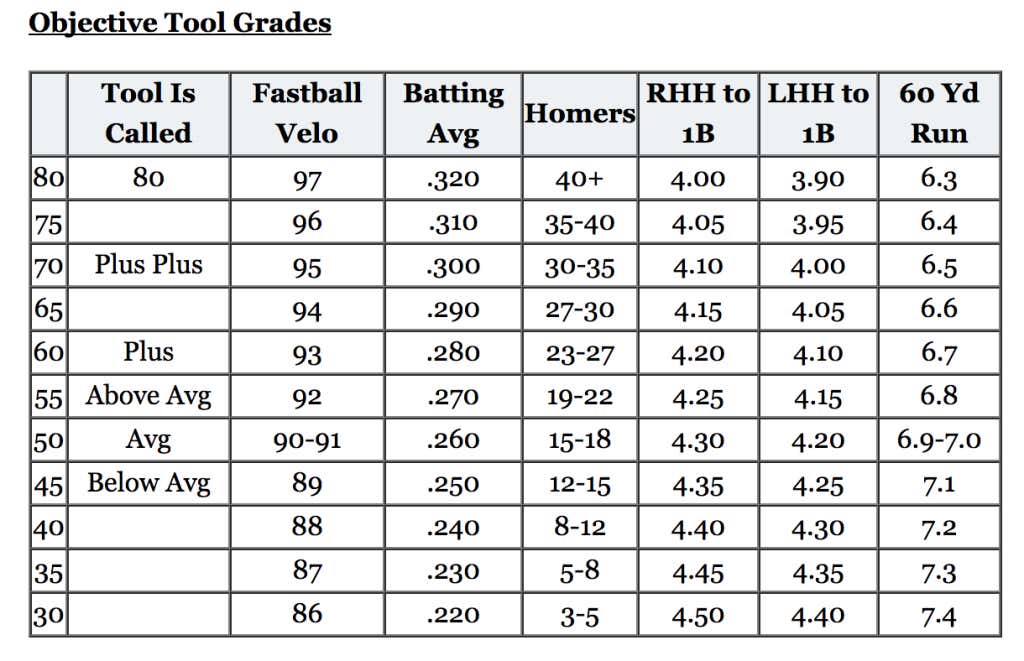 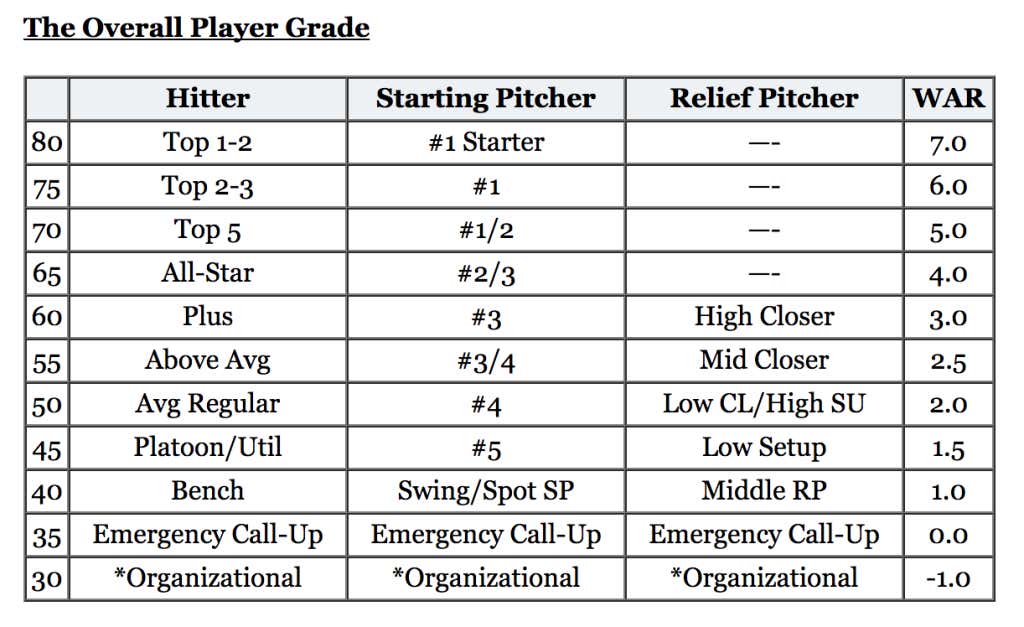 Vlad Jr. got the hitting ability and power from his daddy, but what he didn’t get (perhaps yet) is the arm strength. It’s coming, though. Vlad Sr. used to hose dudes at third base from the right field corner while standing flatfooted. Junior’s arm strength is still above average, but it’s not yet drawing comparisons to the cannon that his dad had, although it has shown noticeable improvement in the last year.

And again, he’s only 18 years old, so it’s scary to think that Vlad Jr. is only going to get bigger, and stronger, and faster, and smarter, and better. It’s a STRONG comparison to make, but we could be looking at the next Miguel Cabrera — a strong as hell right-handed hitter who can hit for high average, hit for big-time power, play a corner infield position and get on base a ton. After hitting .323 with a .910 OPS between Single-A and High-A last year, that description already fits Vlad Jr. at the minor league level. Time will tell if that holds true as he rises through the ranks of the Blue Jays’ system en route to The Show.