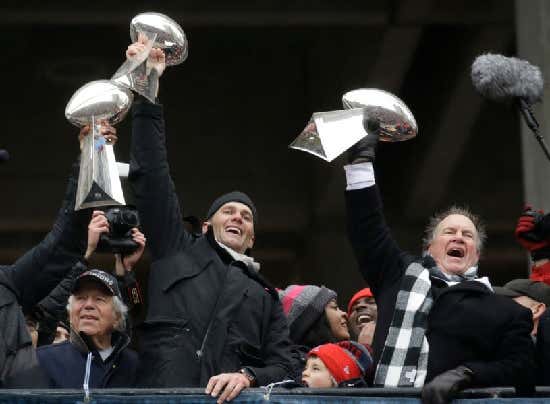 Today Seth Wickersham, the author of such anti-Patriots hit pieces as the one about warm Gatorade, spies in the hills above the Seahawks practice field at Super Bowl XLIX and a billboard that shows replays to the Patriots sidelines, is scheduled to make the rounds of the ESPN car wash with his latest hatchet job. This one claiming that Bill Belichick wanted to trade Tom Brady, Brady went to the Krafts to complain about having Jimmy Garoppolo around, the Krafts then forced Belichick to trade Jimmy G against his will, and an angry, bitter Belichick is quitting right after the season in disgust.

Last night I said I seriously doubt it and hope it’s not true. I’m here this morning to tell you it’s not just Fake News. It is 100 percent USDA Prime bullshit.

Here’s what I know. From sources that are impeccable:

–Trading Brady was never on the table.

–The Patriots made efforts to extend Garoppolo. But he wasn’t taking their offer. He wanted to be a starter.

–Brady and Garoppolo have had their issues in the past, but worked through them. And Brady likes him.

–Brady and Belichick have never been BFFs. Theirs is a player/coach relationship, same as it’s ever been.

–Mr. Kraft didn’t force a trade. Nobody makes Belichick do anything, ever. This was no exception.

–Belichick was conflicted about the trade. It’s been a tough situation. But there was just no way to keep both QBs.

–No one is leaving. No one is retiring. Not Brady. Not Belichick. They are both under contract and here to stay.

–This whole phony report is coming from outside the organization and the people behind it have been bragging this was coming.

That last part is key. Think about it. If you’re a Patriots insider with knowledge about what’s going on in their building, who are you going to go to with a sexy story? Adam Schefter probably. One of the trusted beat guys like Mike Reiss perhaps. The last guy you’re going to leak it to is Wickersham, who’s tried to win a Pulitzer in Fake Patriots Journalism and discredited everything you’ve ever accomplished in your career. He’s the guy on the Contacts list of everyone with a grudge against the team, and the first one they call with unsubstantiated rumors and complete made up nonsense. He’s a useful idiot. A Chris Mortensen 2.0.

And on that note, I have never been so positive about anything since I called shenanigans on the infamous Mort “11 out of 12 footballs” Tweet. I said then there was no truth to it and never once in the three years since have I had to move off my spot. And I won’t this time either. Of that I’m sure.

The other thing I’m sure of is that this latest ESPN lie is exactly what the Patriots need. Another witch hunt they can use to fuel their rage on the run to yet another Super Bowl. Seriously, the timing could not be more perfect. So go ahead, world. Buy yet another steaming pile of Fake News from the writer and the organization that has made a living out of making shit up about this team. Every time you do, you only make the Dark Lord more powerful. 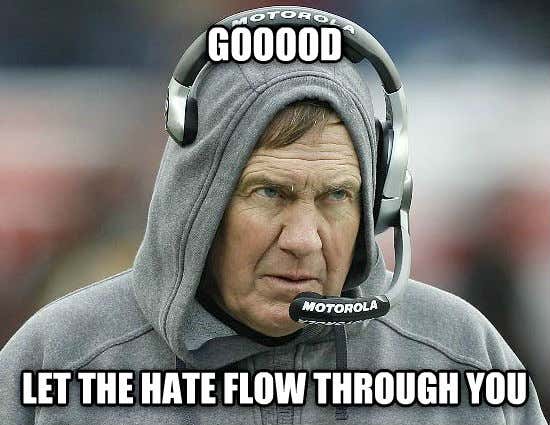