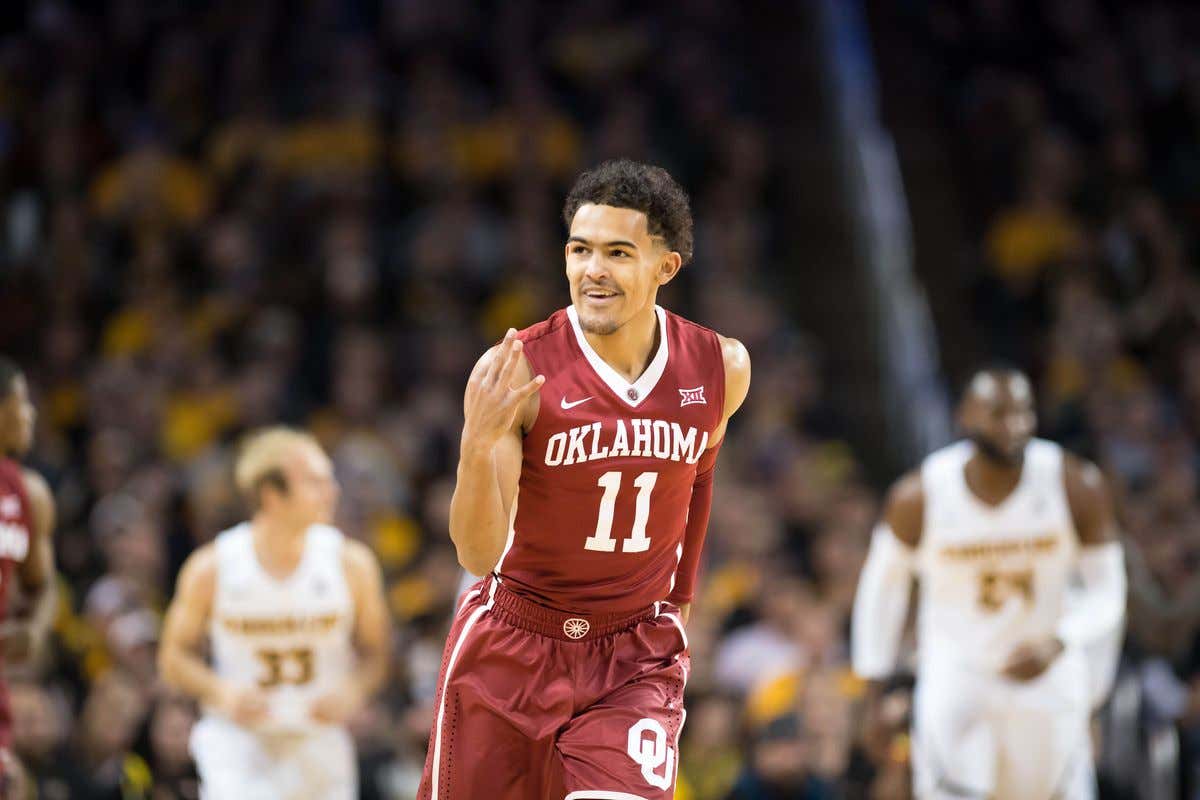 We’re about to get to the part of the season where college basketball really starts to get intriguing. There are teams that have lofty win/loss records but have yet to play anyone. There are some that are different due to a ridiculous nonconference schedule. But, that all can be irrelevant quickly with how the NCAA Tournament is set up taking conference champions. You set yourself up in conference play and win the conference tournament and you’re in, regardless of record. So with that in mind we’ll take a look at some of the big storylines across the country as the calendar gets ready to turn to 2018.

Right now the Big 12 is the deepest conference in America and has a realistic shot at making history by getting 80% of the conference into the NCAA Tournament. That said, there are going to be losses. Last week I was on Rob Dauster’s podcast and he posed an interesting question. Would you take the Big 12 finishing between 6-12 and 12-6 or do you take one team finishing with less than 6 wins and 1 with more than 12. Personally it feels like the field is going to finish between 6 and 12 wins. There isn’t a throwaway game, especially on the road this year. But, as I mentioned earlier teams like Iowa State and Oklahoma State are expected to regress here after exceeding expectations in the nonconference. To me this is going to be the most intriguing major conference regular season to watch, not because of the Kansas title streak, but rather who plays themselves out of NCAA Tournament bids.

Yeah, so the best player in college basketball is just who everyone expected. Can Trae Young continue to put up these absurd numbers. Part of the reason why I want to watch the Big 12 so much this year is the fact they do play a round robin and we get to see teams plan for Young twice. Right now it seems damn impossible to come up with a gameplan to stop him, but when you get him twice and at your place, it’s similar to seeing a pitcher the second time around. Maybe he doesn’t go for 25 and 12 but instead you hold him to 18 and 6. Will that be enough to finally slow this team down? On top of that Young and Oklahoma haven’t played a road game on a campus site yet – the game against Wichita was in downtown Wichita and not where they typically play. Will that do anything to his game?

3. Race for the top prospects

It’s not necessarily specific to college basketball but as someone who enjoys the NBA Draft and scouting it’s always intriguing to see if anyone can separate themselves as the top prospect in college basketball. I currently have Bagley as that guy, but think Ayton is the one who can really cause some separation and pass Bagley eventually. This draft is super weird as it’s incredibly top heavy and doesn’t feel like there’s a ton of depth or value. Guys who get taken late in the first round feel like they will be great backup point guards, but there’s limited value there despite it filling a need. So keep an eye more on the top-10/12 guys and if they end up separating into tiers at all.

4. Will the Big 10 make everyone forget about the nonconference?

Personally, no. That’s going to be tough to do when there are only 3 locks for the NCAA Tournament and a bunch of bubble teams. But, that’s where the Big 10 currently is. You have a top-2 team in the country in Michigan State, a ranked team in Purdue and then a top-40 team in Minnesota. After that, what’s there? Northwestern has been a disappointment. Maryland wasn’t able to win any big nonconference games. Michigan has been inconsistent. Wisconsin has been a mess against any quality opponent. I do wonder though if the Big 10 beats each other up, especially in the middle of the conference, will people forget about the nonconference? What happens if they see Maryland with 12 wins in conference play?

Everyone loves to talk about how only two freshmen dominated teams have won the NCAA Tournament since 2000. Well, in that same time frame there have been 0 Big 10 teams and West coast teams to do that. Michigan State won in 2000 and the last west coast team to win was Arizona in 1997. We’ve seen teams come close as Michigan State, Michigan, Ohio State and Wisconsin have all made title games while Arizona, Gonzaga and UCLA made it from the west. This year there aren’t that many chances, but you have a top-2 team in Michigan State and a team in Arizona who will likely end the season with a top-10 ranking for the west. Maybe throw in Arizona State too who can get hot.

6. Will any of the surprise teams regress?

So far some of the biggest surprises have been Tennessee and Arizona State. The question though is will either of these teams regress? We saw Tennessee do something similar last year where they competed with UNC, beat Kentucky and ultimately fell on the wrong side of the bubble as they collapsed late in the year. I don’t think they’ll do just that this year, but I don’t think they’ll be ranked all year and will eventually fall to like a No. 8 seed or so. Arizona State is currently undefeated with arguably the best resume in the country. That is something I don’t think will hold up, but Arizona State should be a top-15 team all year.

7. Will there be anymore fallout with the FBI?

We’ve seen it come into play so far this year with USC and Louisville especially. USC has been without De’Anthony Melton while Louisville lost Rick Pitino and Brian Bowen. But, will we hear anything else? We’ve seen it with recruits, the most current one being Taeshon Cherry decommitting from USC. Will any other big time recruits leave one of these programs? Will De’Anthony Melton ever play? Will Arizona or Miami eventually sit anyone since they were both schools mentioned in the probe?

8. Can any team not truly separate from the pack?

Yeah, right now it’s a clear top-2 with Nova and Michigan State, but outside of that the top-10 is going to be all over the place. The main reason for that is the fact that there simply aren’t a ton of great upperclassmen – most of them are now in the NBA. So we’re seeing teams lose games they typically win especially as freshmen still get used to the college game. Can a team like Texas A&M separate themselves in the SEC and be a top-5 team? What about someone like Virginia or West Virginia?