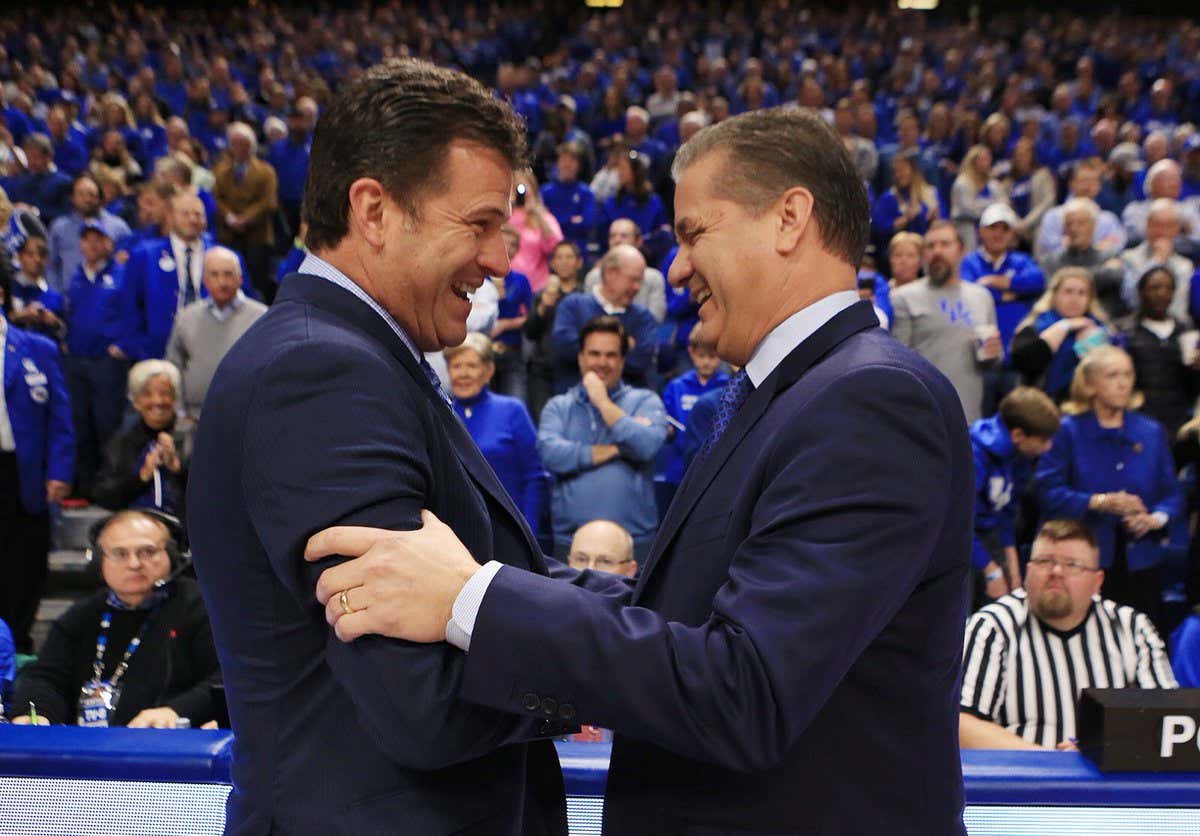 With it being just a few days before Christmas, we have a fairly slow Saturday slate of games compared to normal. However, thanks to the CBS Sports Classic we do have back to back games featuring well-known teams on a neutral court. I’m a huge fan of these sort of events just because it at least draws attention to the sport and people will pay attention. There’s also the Diamond Head Classic going on in Hawaii giving us some late night action.

UNC is coming off the loss at home to Wofford – which could be the worst loss of the season by any team when you consider the public perception of UNC, it being at home and the fact Wofford led the entire second half. To me it showed some weakness spots for UNC and where I think Ohio State can take advantage. Wofford dominated the inside with Cam Jackson. UNC’s bigs are going to struggle with polished and athletic bigs. Luke Maye, while off to an incredible start, does have his limitations, especially on the defensive side of the ball. Then when you look at Garrison Brook and Sterling Manley, they are just simply freshmen who are a few years away from being the players that would fit this team perfectly. What’s different about this UNC team compared to the ones of the past two years is there simply isn’t room for error. They have a top-10 point guard in the country in Joel Berry and Luke Maye/Kenny Williams have taken steps that UNC fans have hoped for. That said, it’s worth noting that they aren’t necessarily going to be consistent. A look a the box score will show you Maye had 17 and 14 against Wofford, but he started 1-for-11 and the majority of his points came late. Cam Johnson is back – which is massive for UNC, but he’s still integrating himself into Roy’s system and the team.

Ohio State on the other hand has a coach in Chris Holtmann who arguably gets more of out of his team than any other coach in the country. It’s what he excels at and why he had Butler as a top-4 seed last year in the NCAA Tournament. He’s doing it again this year at Ohio State. In what was supposed to be a rebuilding year and transition year, he has the Buckeyes looking like a NCAA Tournament team. He’s doing it with balance. He’s running a 10 man rotation right now and everyone is fitting the particular role he’s asking them to. Bates-Diop is playing like an All-Big 10 player and could be the difference maker today. He’ll likely draw Theo Pinson, UNC’s best defender. If Bates-Diop can still create buckets then Ohio State will win.

Look for both teams to attack the rim as they both don’t shoot a lot of threes. They want to play inside out as they rank 247th and 323rd in 3PA/FGA. That said both are average to above average shooting teams, so if the defense collapses look for drive and kick opportunities. Another individual matchup to watch is going to be CJ Jackson vs Joel Berry. As I mentioned Berry has been consistent all year and really is what makes UNC go. CJ Jackson has taken the leap for Ohio State upping his ppg from 5 to 13, his 3pt% from 32 to 41% and assists for 2.9 to 4.4 per game.

I like Ohio State to stay inside the number here with UNC bouncing back for a win. The makeup of Ohio State’s roster is one that mimics Tennessee and we saw them lead UNC for all but 90 seconds before Kenny Williams hit an incredibly tough three to give them the win. Ohio State will be disciplined defensively and have a guy in Bates-Diop that can really create.

So news broke yesterday that UCLA has suspended Jalen Hill and Cody Riley for the entire season after that whole stealing incident in China with LiAngelo Ball. So we at least know for the rest of the year UCLA will be without two rotational players, one of whom was likely a starter in the frontcourt. That said, UCLA is very limited now in what they have going forward and it’s showing off so far this year. The Bruins are incredibly dependent on two players – Aaron Holiday and Thomas Welsh. Hands, Wilkes and Ali are all nice rotational players, but are very inconsistent, which you have to expect for two freshmen and one guy returning after missing all of last year with an injury. UCLA wants to play similar to how it did last year – fast. They look to get the ball up and down the court and into Holiday’s hands as much as possible. That said he is a really good player and does a lot but can force it at times and you can really force him into some bad possessions. UCLA is a sub-par 3-point shooting team so they look to attack the rim. Welsh can step out and is automatic from 15 feet. That typically leaves the lane open for Ali/Wilkes/Hands/Holiday to drive and look to finish at the rim.

This will be a good test for Kentucky’s offense. Not because UCLA’s defense is good, but because of the opposite honestly. After not reaching 80 points in its first 5 games, UK has gotten there 4 of the last 5 including 3 games hitting the 90 mark. They seem to be figuring it out offensively and this will be a game to see if it’s still there. There’s no reason for Kentucky to not hit 80 points today as UCLA will let you get up and down the court and you can attack from the wing. UCLA doesn’t force hardly any turnovers, so as long as Kentucky takes care of the ball they should be fine offensively. Two players to watch are Hami Diallo and Quade Green. They have been the two best shooters for this team recently, both going off against Virginia Tech last week. When they are shooting the ball well the lane opens up for Kevin Knox and PJ Washington to attack.

I’m going to take Kentucky here as I simply can’t trust UCLA this season. There’s going to be a size advantage for Kentucky on the wings, something that they like to take advantage of. When there’s that size advantage there, look for them to run the circle cuts off the post to get the ball to a Knox at about 15 feet and let him attack from there. The thing to watch early will be if Kentucky is hitting outside shots and if UCLA can slow down the pace defensively. Both teams want to play fast and run, which is a bigger advantage for Kentucky at the moment.

Other games to watch: