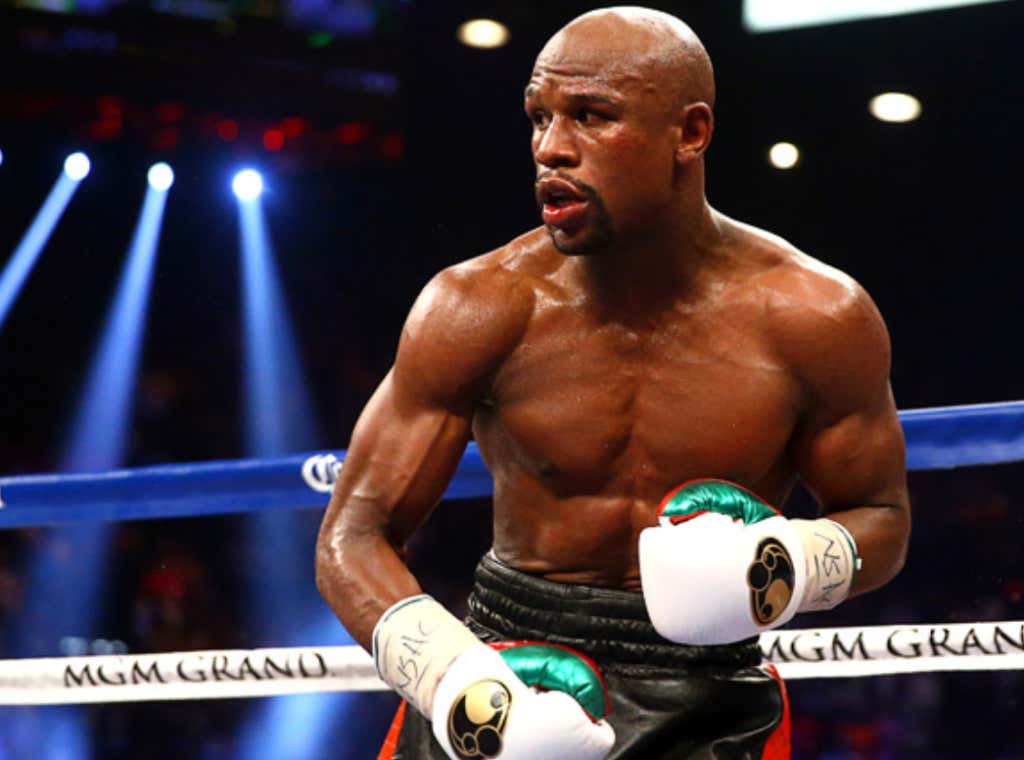 ESPN- UFC and Floyd Mayweather Jr. are discussing a deal that would bring the undefeated boxer into mixed martial arts, according to UFC president Dana White.

“We’re talking to Floyd about doing a UFC deal,” White told ESPN. “It’s real. He was talking about [boxing] Conor McGregor. Was that real? Have you heard Floyd talk about many things that aren’t real? He usually tips his hand when he’s in the media and then that shit ends up happening.

“We’re interested in doing something with Floyd. Everything is a realistic possibility. Mayweather vs. McGregor fucking happened. Anything is possible.”

I don’t wanna get too excited, because Dana White is a notorious liar and I think he’s lying about this, but crazier things have happened, especially in combat sports this year, so LET’S…FUCKING…GO! ZERO SHAMROCK ONE! Hit it, Mick!

You put Mayweather in the octagon with Conor McGregor, where we kick, where we elbow, where we knee, where we choke the life out of human beings until they are unconscious, gasping for air…and he will die. He’s too old, his hands are too brittle for the four ounce gloves, his head’s too small to handle being bounced off the canvas, UGH! THINK OF THE VIOLENCE! Giving me a pants tent just visualizing it.

Let’s take a look at the last boxer who DARED stepping into the eight sided cage, James Toney…

…granted James Toney is no Floyd Mayweather, but I’m not sure the result would be much different. Conor McGregor is obviously the only fight that makes sense, and the only fight people want to see, but it’s certainly not the hardest. At 155lbs, if you put him in with Khabib Nurmagomedov, he’s get mauled in less than a minute. I think McGregor would want to give him an interesting fight on their feet for a bit, and maybe try to KO him with a kick of some sort, so that’s your most entertaining bout name-value aside. Mayweather wouldn’t last a round, though.

If the card needs a co-main event, there’s only two people I could think of to fill those slots… 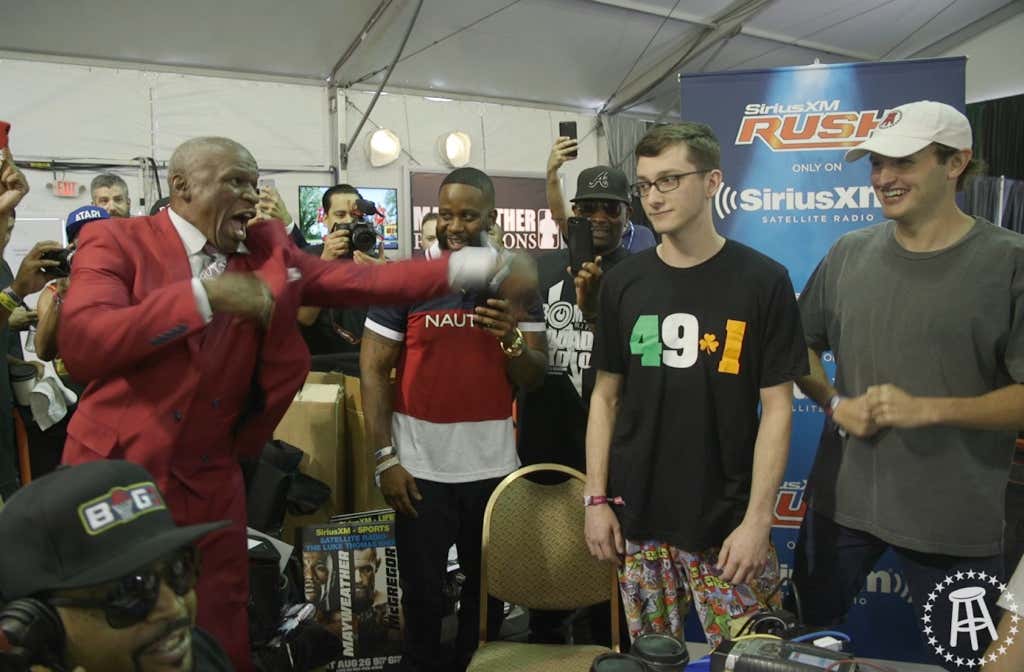