ESPN - Dallas Cowboys running back Darren McFadden has sued his longtime business manager, saying he misappropriated and mishandled money throughout his NFL career, including $3 million lost in a bitcoin business venture.

The $15 million lawsuit was filed Tuesday against Michael Vick of Mabelvale, Arkansas, and 10 unknown others named only as “Doe.”

Vick, who is not the former NFL player, told The Associated Press on Thursday that he hadn’t seen the lawsuit and declined to comment immediately.

McFadden’s lawsuit said that two days after his 2008 debut with the Oakland Raiders, Vick used fraudulent documents to gain power of attorney and later fabricated fictitious financial records to hide what he was doing. The former University of Arkansas running back said he discovered the fraud when Vick tried to sell him a building allegedly bought with McFadden’s own funds.

“Rather than securing for Plaintiff a lifetime of financial security as Defendant Vick promised Plaintiff, Defendant Vick covertly used Plaintiff’s income as his personal slush fund to subsidize his own lifestyle and expenses and to invest in his own projects,” the lawsuit said.

Live look at Darren McFadden diving into his bitcoin money:

Poor Darren McFadden. Trusted a guy named Michael Vick with his money, and then got fucked out of all of it. I don’t care if the guy has a PhD in economics, if you’re a football player you steer clear of letting Michael Vick handling your money. It’s just common sense.

But McFadden did, and now he’s trying to recoup his money. Never good when you trust someone with your money, they promise to make your rich, but all you’re really doing is paying for them to take vacations to Bora Bora. McFadden had his own JHammy but without any additional perks. Not great!

I’m still trying to figure out what this $3 million in Bitcoin thing is- I’m pretty sure they put it in the headline to grab bloggers’ attention, and well, it worked. Because there’s absolutely no telling where this $3 million in Bitcoin figure came from, but the irony is this dude was such a bad financial advisor, he backdoored his way into getting into BTC early, and still somehow fucked it up. Or maybe he did put 3 milly into Bitcoin, and now is hiding $293,000,000 from McFadden? Maybe? If that’s the case, that’d be the coolest story of a financial advisor screwing someone over of all time. I don’t think that’s the case because buying that much BTC is nearly impossible, but you never know. Darren McFadden and the Winkelvoss twins, the biggest bitcoin investors of all time. 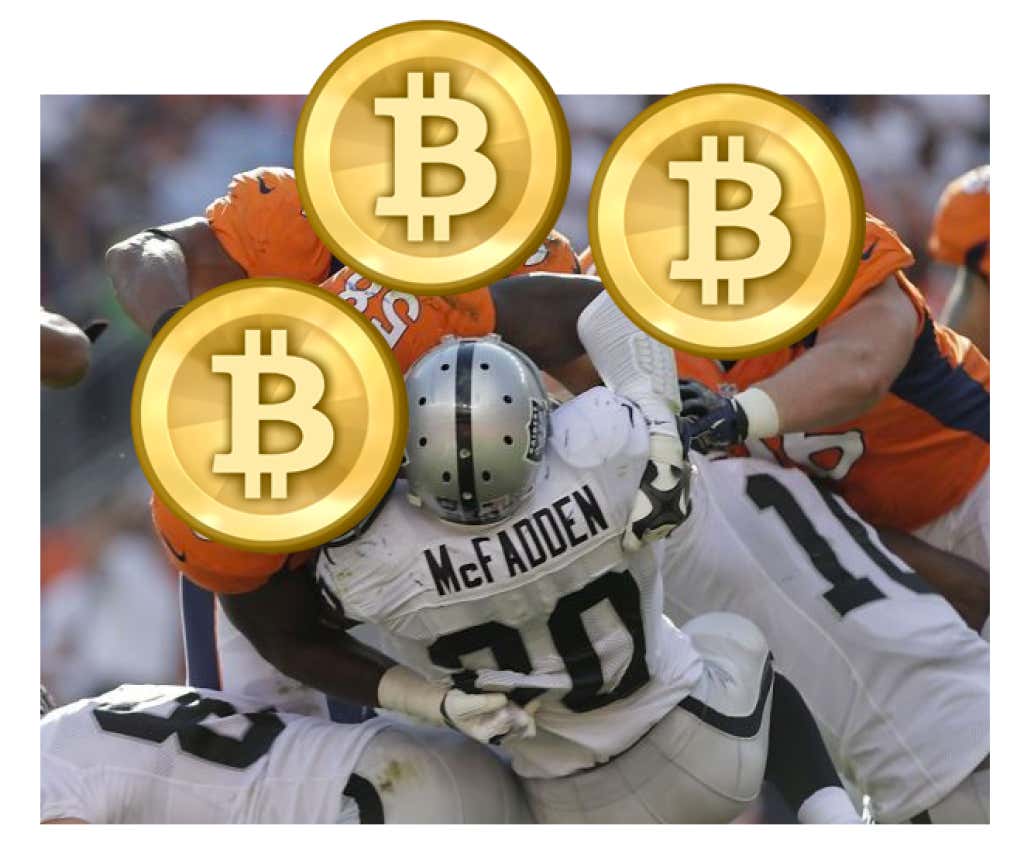