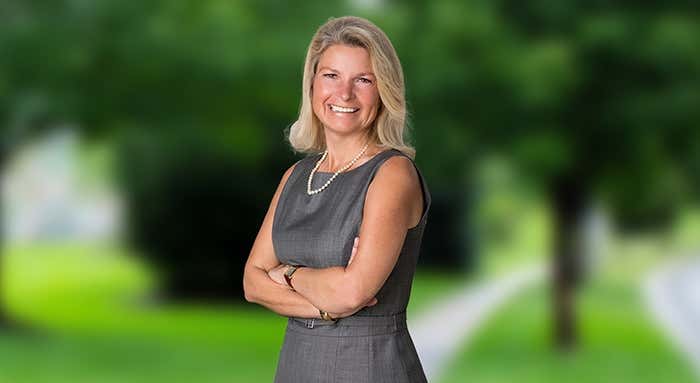 Source – Andrea Ramsey, a Democratic candidate for Congress, will drop out of the race after the Kansas City Star asked her about accusations in a 2005 lawsuit that she sexually harassed and retaliated against a male subordinate who said he had rejected her advances.

Multiple sources with knowledge of the case told The Star that the man reached a settlement with LabOne, the company where Ramsey was executive vice president of human resources. Court documents show that the man, Gary Funkhouser, and LabOne agreed to dismiss the case permanently after mediation in 2006.

Ramsey, a 56-year-old retired business executive from Leawood, was one of the Democratic candidates vying to challenge Republican Rep. Kevin Yoder in 2018 in Kansas’ 3rd District. …

In the EEOC complaint, which alleged sex discrimination and retaliation by LabOne, Funkhouser accused Ramsey of subjecting him to “unwelcome and inappropriate sexual comments and innuendos” beginning in September 2004, when he was a LabOne human resources manager.

In late March 2005, Ramsey made sexual advances toward him on a business trip, Funkhouser alleged in the complaint.

“After I told her I was not interested in having a sexual relationship with her, she stopped talking to me,” he wrote. “In the office she completely ignored me and avoided having any contact with me.”

I am really disappointed Andrea Ramsey dropped out of the race. We need more people like her running the country. For far too long Washington has been the playground of older, powerful men sexually preying on their female subordinates and getting away with it. Congress needs more older, powerful women sexually preying on their male subordinates and getting away with it to balance it out.

To be fair I should note that my girl Andrea denies the claim and says she’s just being treated unfairly in the wake of the #MeToo movement. Which is exactly the wrong approach. She should have stayed in the race and owned it. The voters of Kansas want to know that underneath her sunny, wholesome, Leslie Knope disposition lies the sexual aggressiveness of a true MILF. They want to vote for a strong, confident woman who’s not afraid to tell a guy in her employ to service her in her company-provided hotel room. Someone who’s willing to take Funkhouser to the Funk House, just to state the obvious.

So come on, Andrea. Get back in the race now, before it’s too late. Be the candidate who represents the key Cougar demographic, that’s been overlooked for far too long in this country. Stand up. Resist. Run. 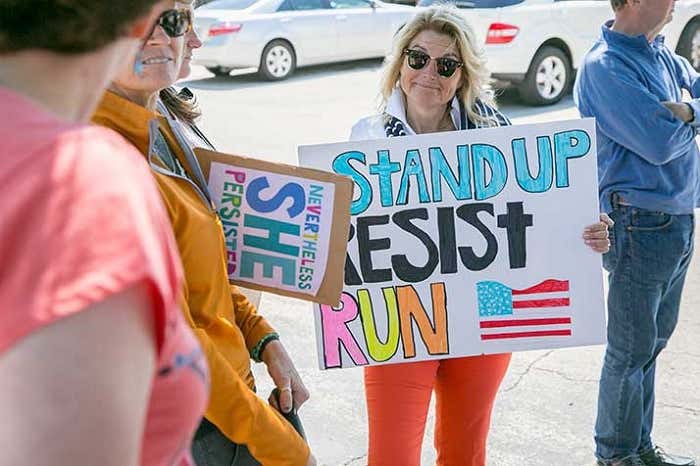