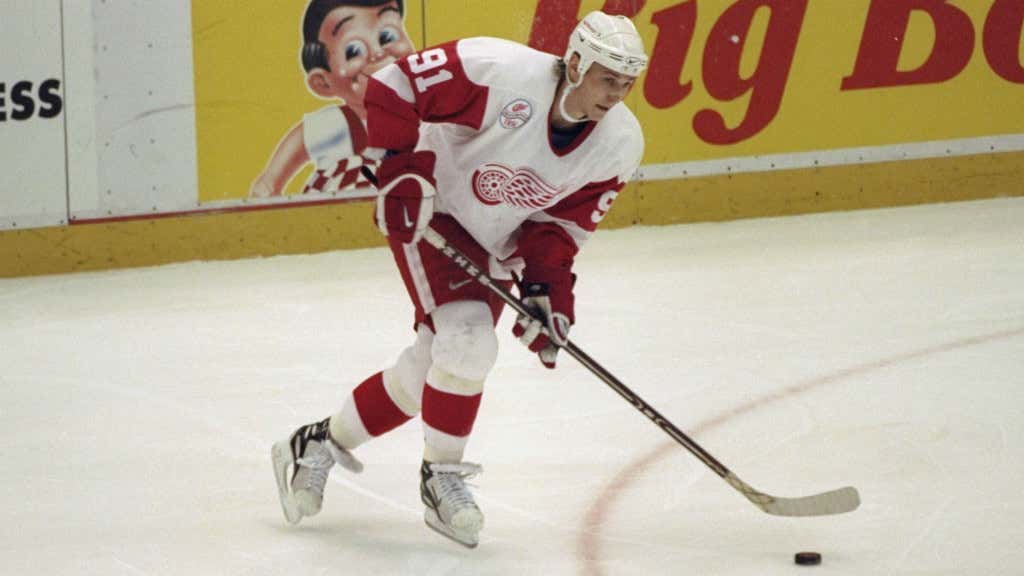 When all is said and done, there may never be a more iconic look than Sergei Fedorov’s white Nike skates. Let’s actually think about this for a minute. The only competition I can see competing with Fedorov would be Jaromir Jagr and the black Grafs with the black Tuuks. 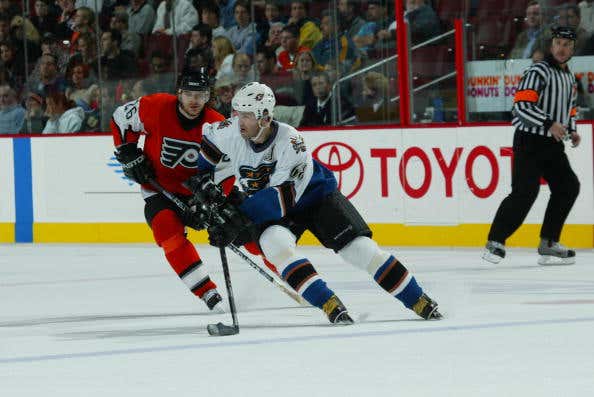 You have Dany Heatley and the bubble visor. 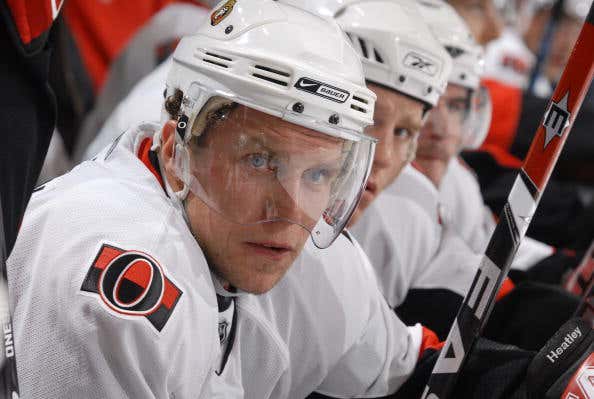 And then you have Martin St. Louis and the yellow Synergy. 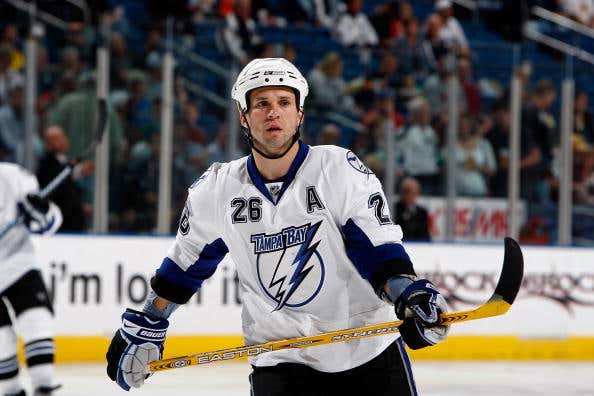 All of these looks are iconic, however, they pale in comparison to Sergei Fedorov and the white Nikes. 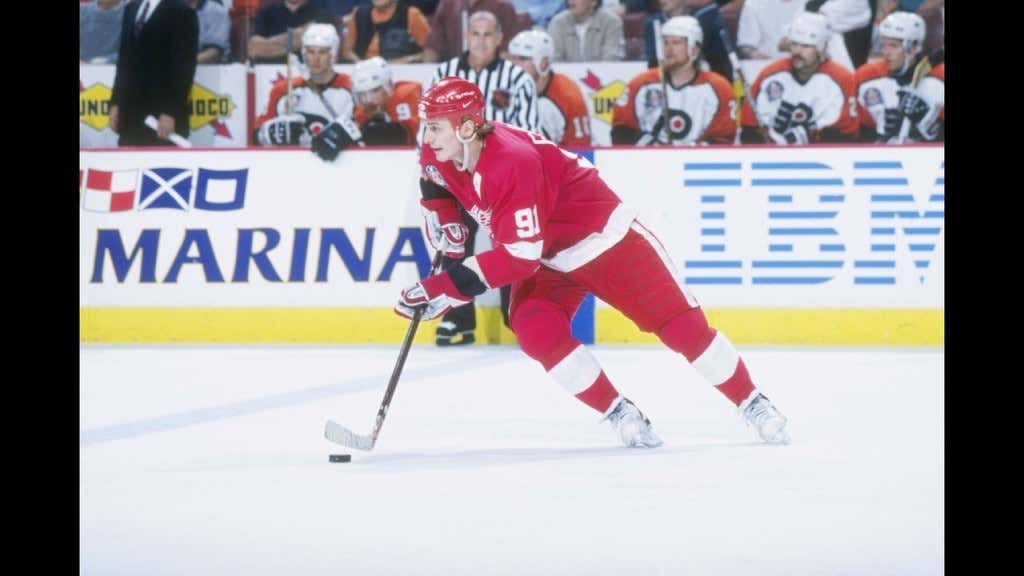 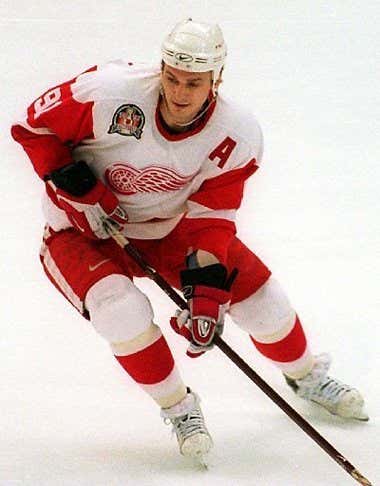 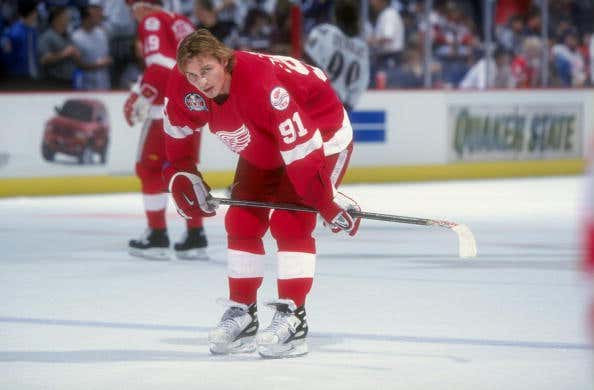 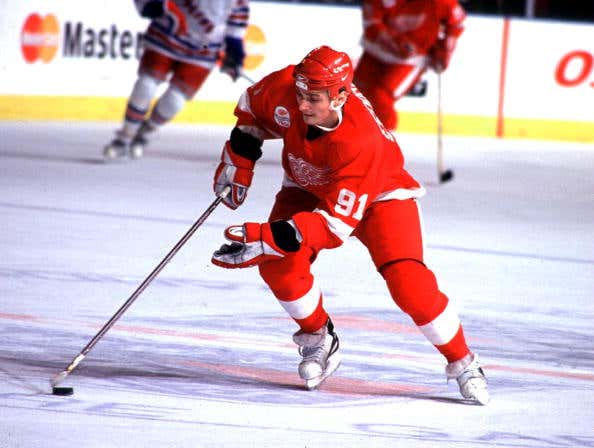 Really just the entire look in general. The skates. The gloves. The Nike-branded 4500. Everything about it was perfect but the skates are clearly what set this look over the top. Especially considering how heavy he went with the tongue flop. And what really sets this look apart from every other look the game has ever seen is that there’s nobody who can pull this one off quite like 91. The man pretty much invented being a beauty.

Fedorov was part of the first wave of Russian players to come to the NHL. He came into the league in a time when it was still over 70% Canadian. Sure, there were a few guys who stood out before but I can’t recall off the top of my head anybody who went out of their way to look as flashy as Fedorov did. He was a renaissance man. A revolutionary. A pioneer. And it would be one thing if he was just some jabroni who decided to lace up a pair of icy white wheels. But he was damn near a 500-goal scorer and ended his NHL career with 1179 points. Which is all the proof in the world you need to believe in the saying “Look Good, Feel Good, Play Good”. Do I think that Sergei Fedorov would have had a perfectly fine NHL career if he wasn’t such a beauty? Sure thing. But do I think he’d be a 1000-point scorer? Not a chance, bud.

P.S. – While we’re talking about Sergei Fedorov and Russians and the Soviets and everything, quick little Netflix recommendation here. “Icarus” is a MUST WATCH if you haven’t seen it already. It’s all about the Russian doping scandal in Sochi and holy shit is it wild. We always knew they were doping but to actually see and hear the extent they went to cheat the system was outrageous. Honestly, I’m more impressed with the Russians than anything. Good for them for getting away with it for so long. But yeah, you might want to watch that documentary sooner rather than later considering Netflix is about to get fucked by the net neutrality decision.