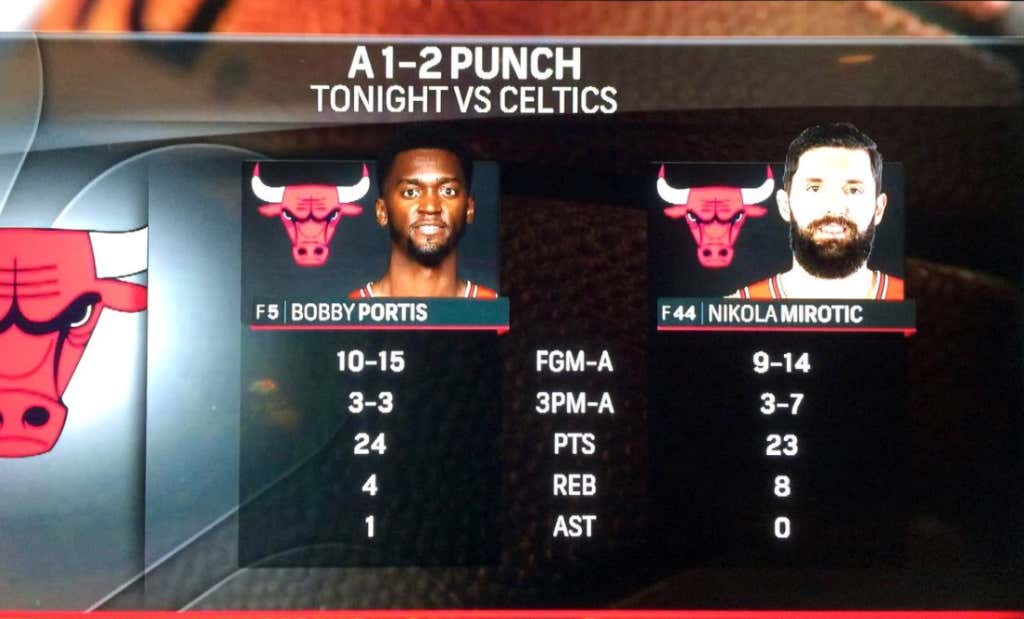 File this under shit I never saw coming. The Bulls stink. They stink in the correct way, in which I mean they actually for once have some young decent talent (Kris Dunn has been good, Lauri is going to be a stud, and Bobby Portis has nights like last night), but they still find way to lose games which helps the draft pick. That was until this past week.

Somehow, someway, the Bulls have won 3 straight games and they’ve done it with two guys that absolutely hate each other. It was less than 3 months ago that Bobby Portis beat the fuck out of Niko in preseason practice, put him in the hospital, gave him a concussion and a broken face. Then afterwards Niko basically said it’s me or him, to which everyone said ok dude whatever, we suck and you suck just come back and play. And now that’s happened, and the Bulls are actually a decent watch. It’s very strange. Obviously no Kyrie Irving last night changed everything but the Bulls are playing as a team. Hoiberg is doing a decent job. Niko is playing well and it’s not even March. Up is down and down is up.

Which then triggers the dark side of my brain. You all know what the fuck this means right? The Bulls will figure out a way to drop out of the top of the draft. They’ll win just enough games to not be in the top 3-4 of the lottery and just enough games to convince Michael Reinsdorf that Gar/Pax are actually rebuilding this thing. It’s going to happen. I’m sure of it. It’s just so perfectly Bulls to have Niko Mirotic somehow become an All Star player, the scorer we needed for the past 3 years, and drag the Bulls to 20 wins. I can see it already. Fuck it all.