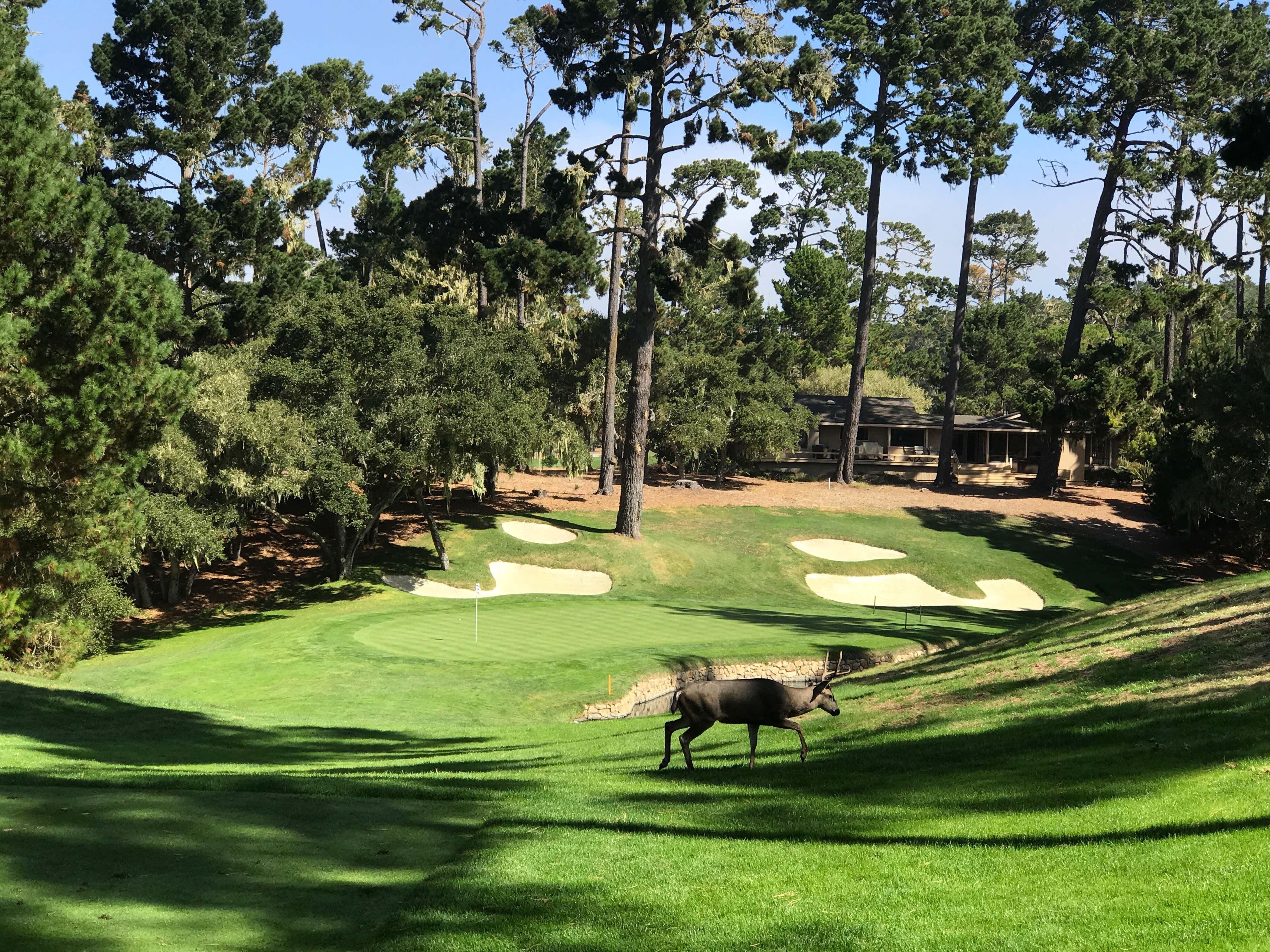 Spyglass Hill is a unique ass course. In bizarre contrast, the first 5 holes peer over the Pacific coast, seemingly like you’re at Pebble (just down the road), while the rest is in the woods, no ocean in sight, like you’re at Augusta. It’s weird but cool. Robert Trent Jones Sr. began work on the course in the early 1960s — after six years of planning, design, and construction, the course opened in the spring of 1966.

RTJ Sr. did some redesigning on Augusta, so the comparisons are quite frequent and natural.

It’s spectacular, it’s got a lot going on, it’s part of perhaps the most famous stretch of golf property on the planet, and it’s considered by many to be the greatest course to have never hosted a major (when the US Amateur came to Spyglass in ’99, no player was able to break 70).

The first is as good an opener as you’ll find. The 595-yard par-5 swoops right-to-left and severely downhill. Moments after teeing off, you’re pretty majestically greeted by the ocean. 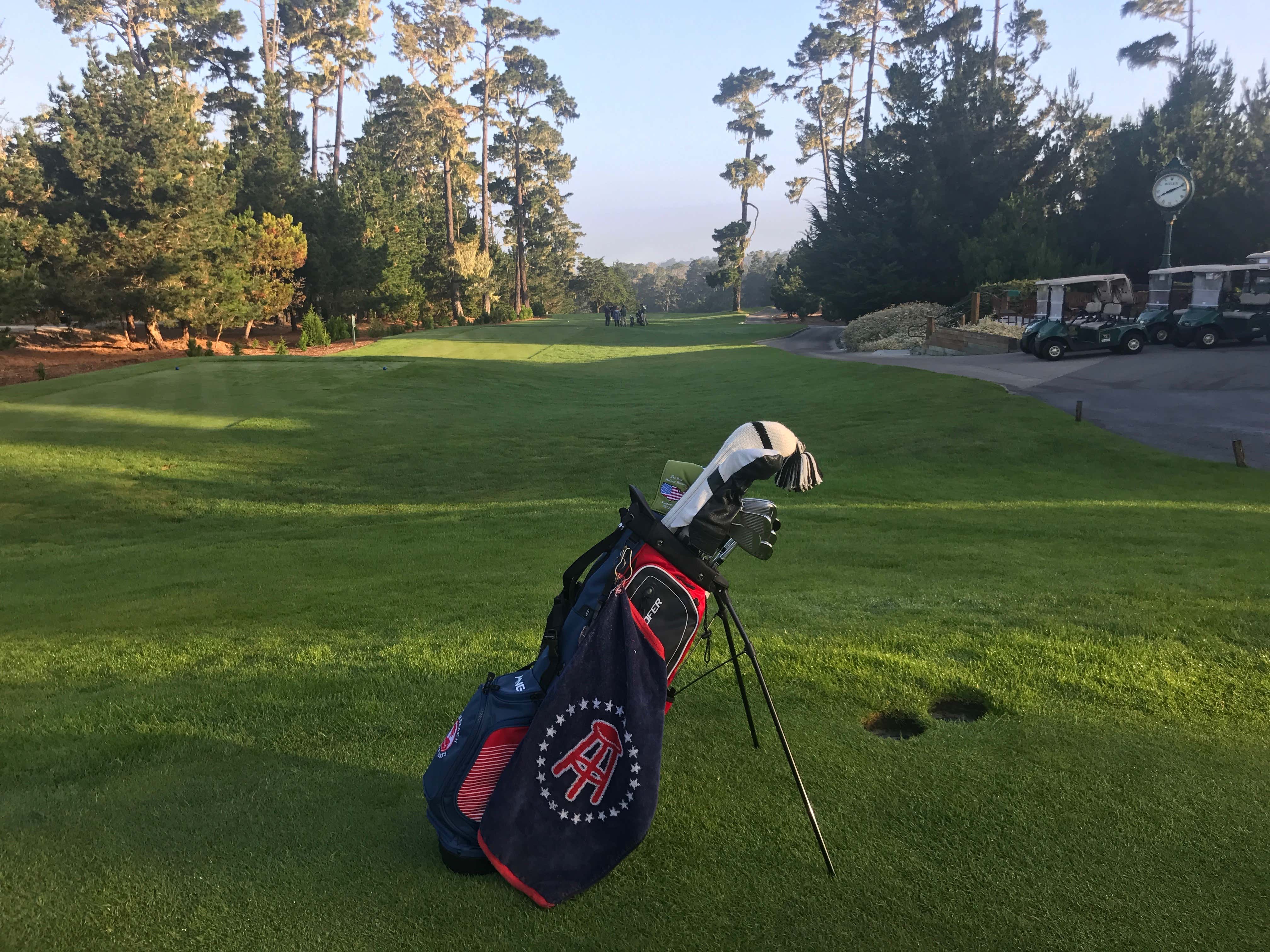 After duck-hooking my ball into the trees and hacking out to 80 yards, the stage was set for easily the best Instagram ever taken.

Oh yeah, the Spyglass deer are fucking fearless. It’s bizarro world. Damn near expected them to just play through at one point.

The second is a short par-4 with a significantly elevated green. The view from there is the best on the course. 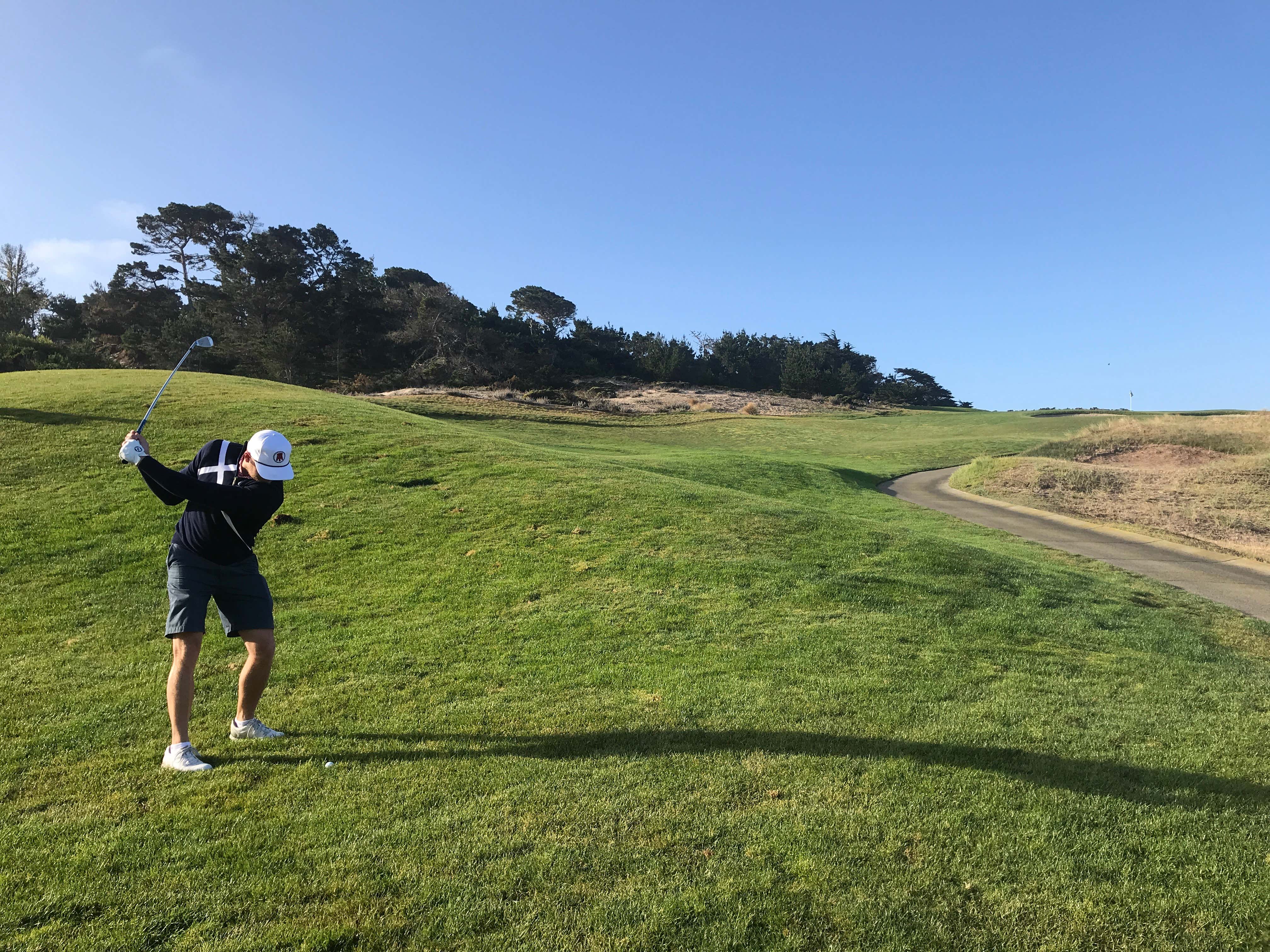 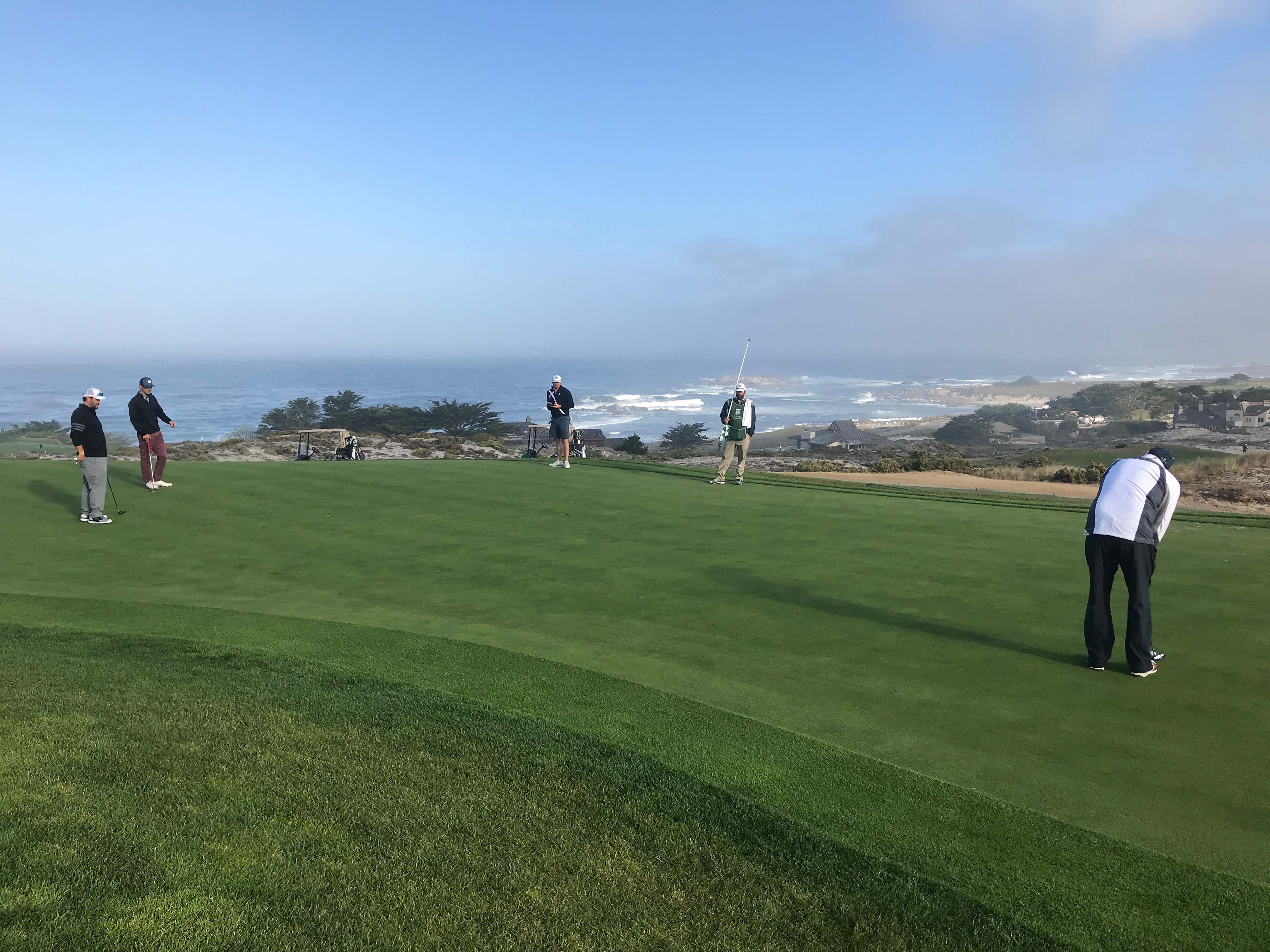 The third is a short par-3 straight out towards the Pacific. Gorgeous little guy. 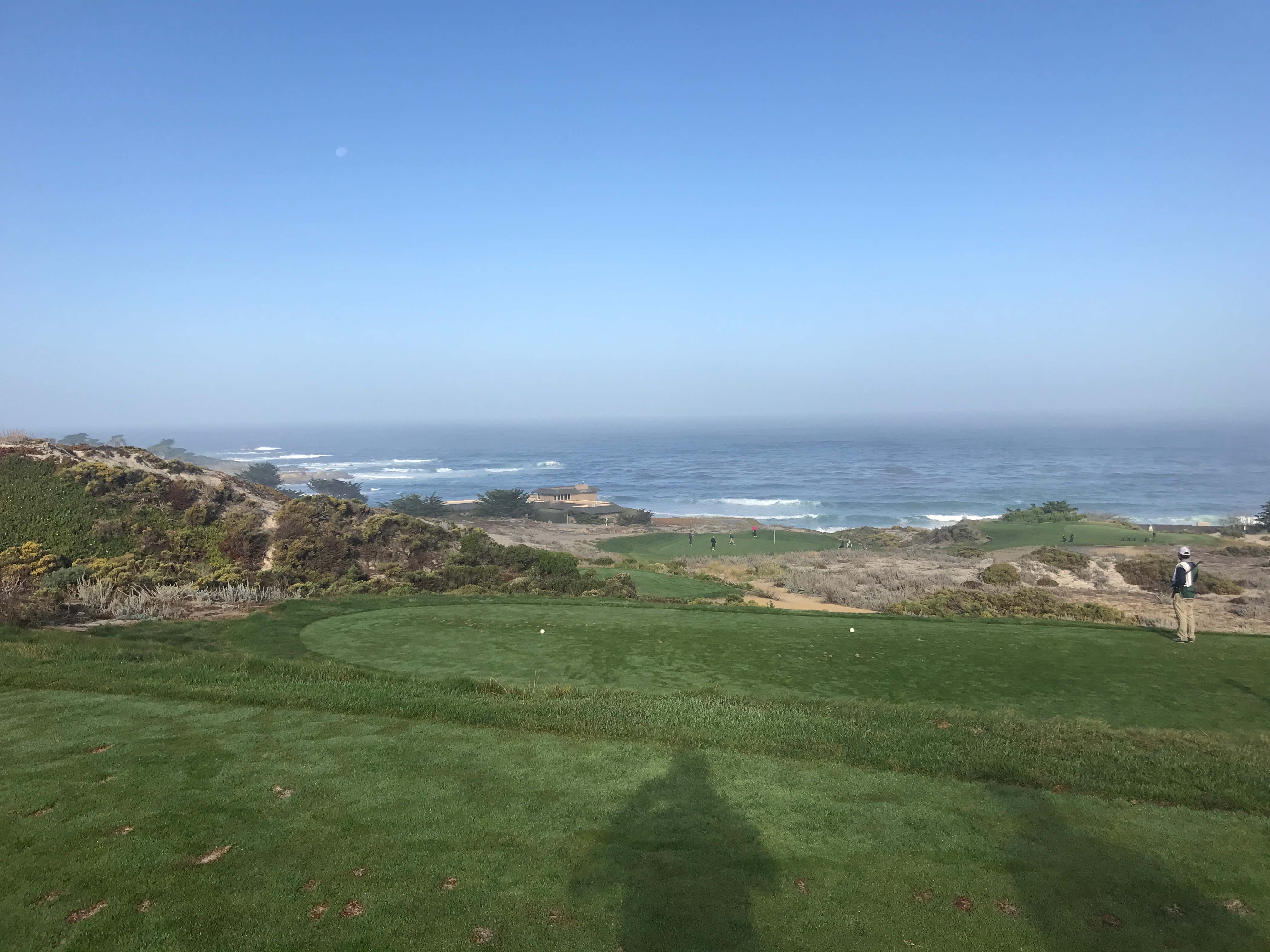 The fourth is my favorite, with a green unlike any other. The impossibly narrow, long strip is not only incredibly difficult to hit, but anything that misses takes a miracle to get close. Bold design here resulted in truly unique awesomeness. What a hole. 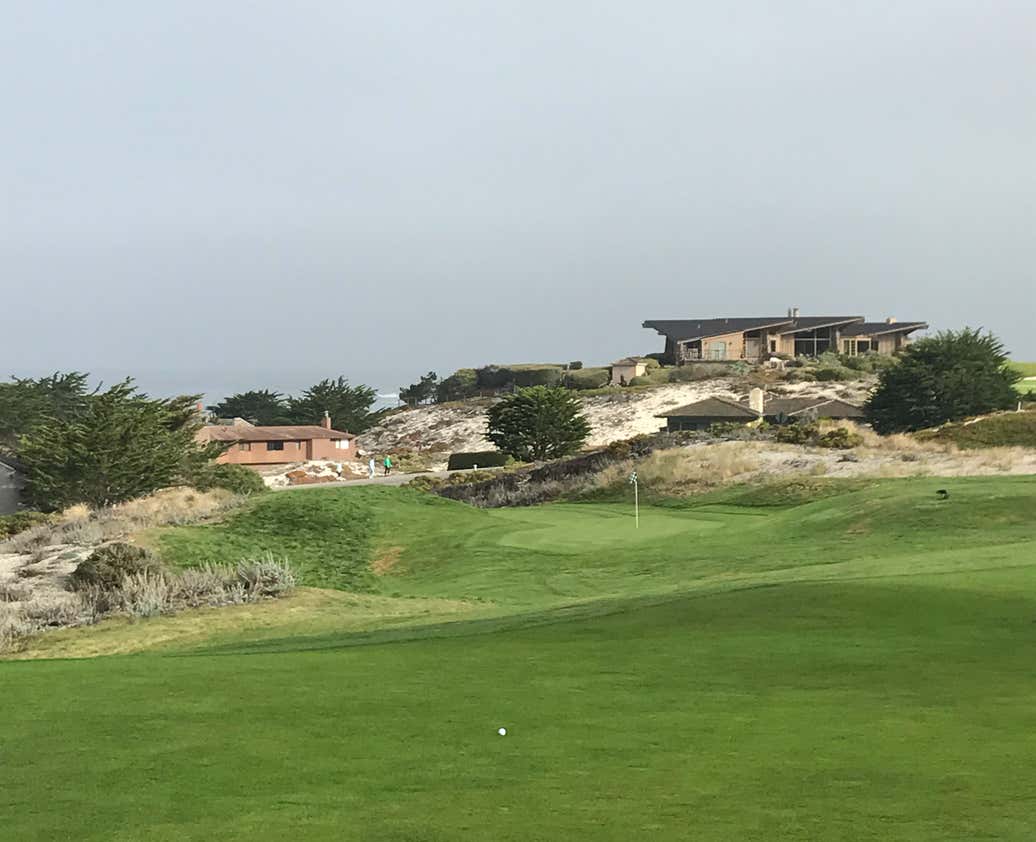 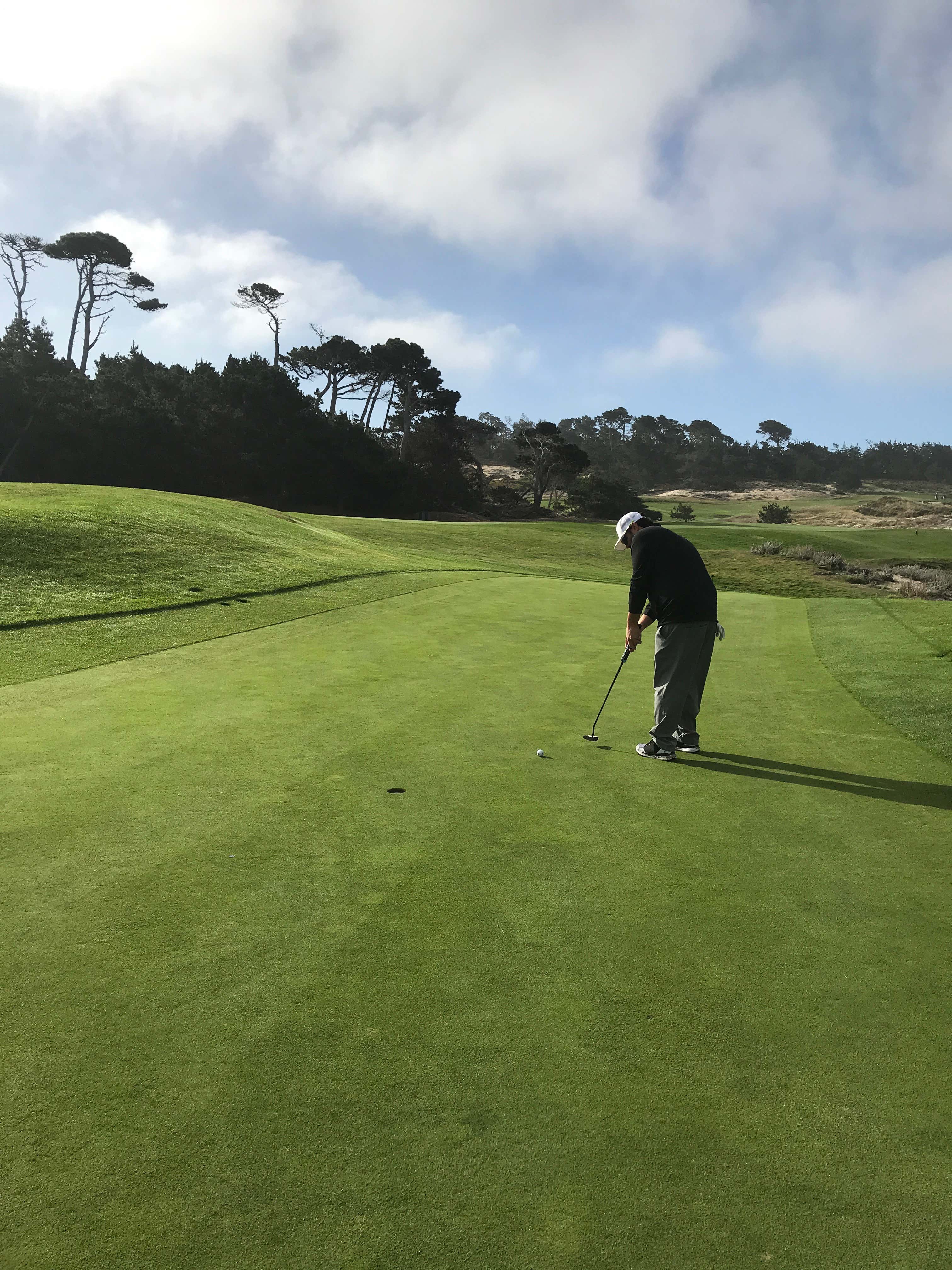 From the fifth green — a nice medium-length par-3 — the view is down towards Cypress Point in the distance, where I believe only angels play. 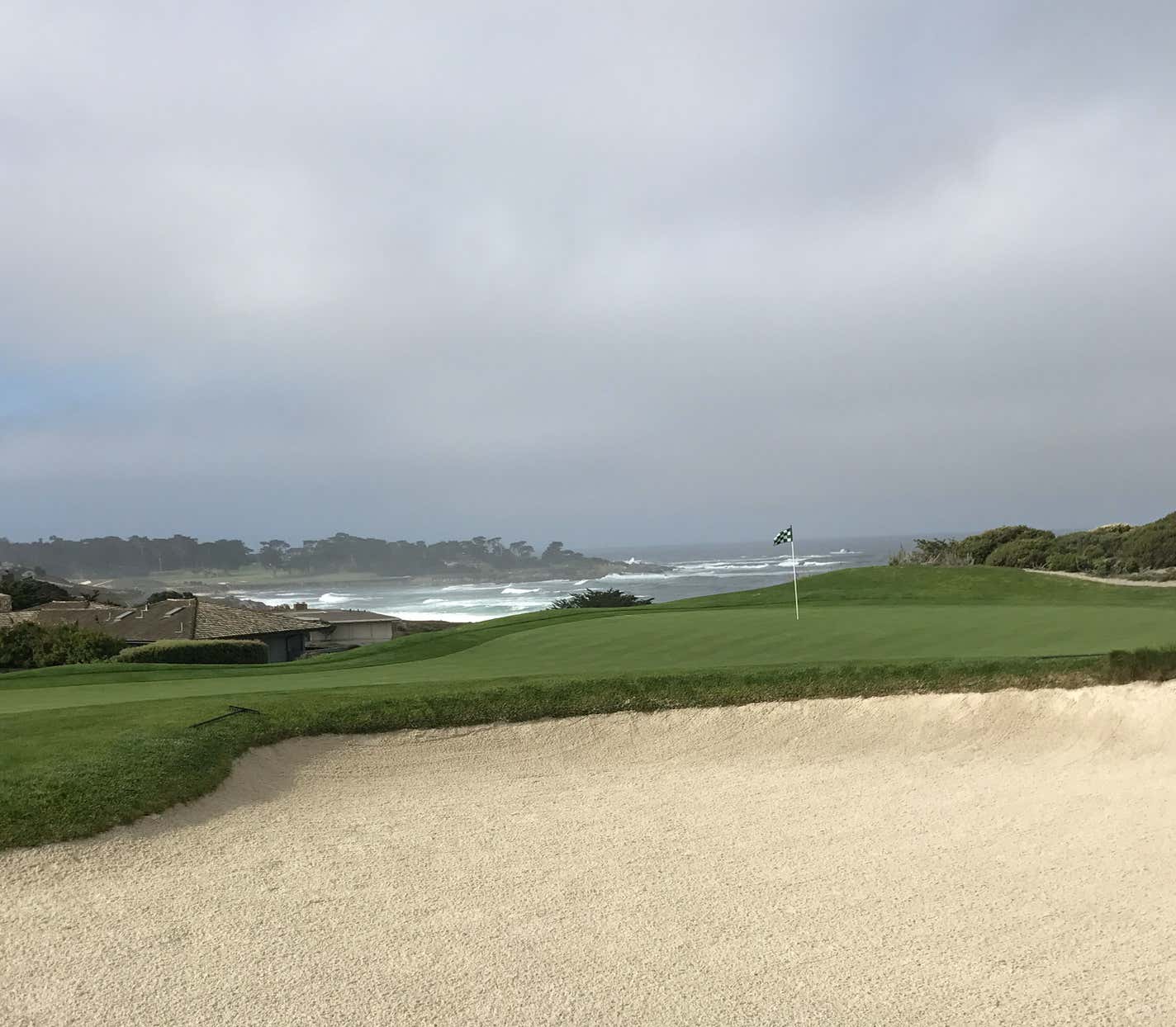 And that’s the ocean-front first 5 at Spyglass. From here you head into the sticks. I was originally a bit disappointed to be leaving the ocean views (Missouri guy, landlocked, love me some ocean whenever I can get it), but quickly learned the back 13 are actually better than the first 5. Look at this scene. 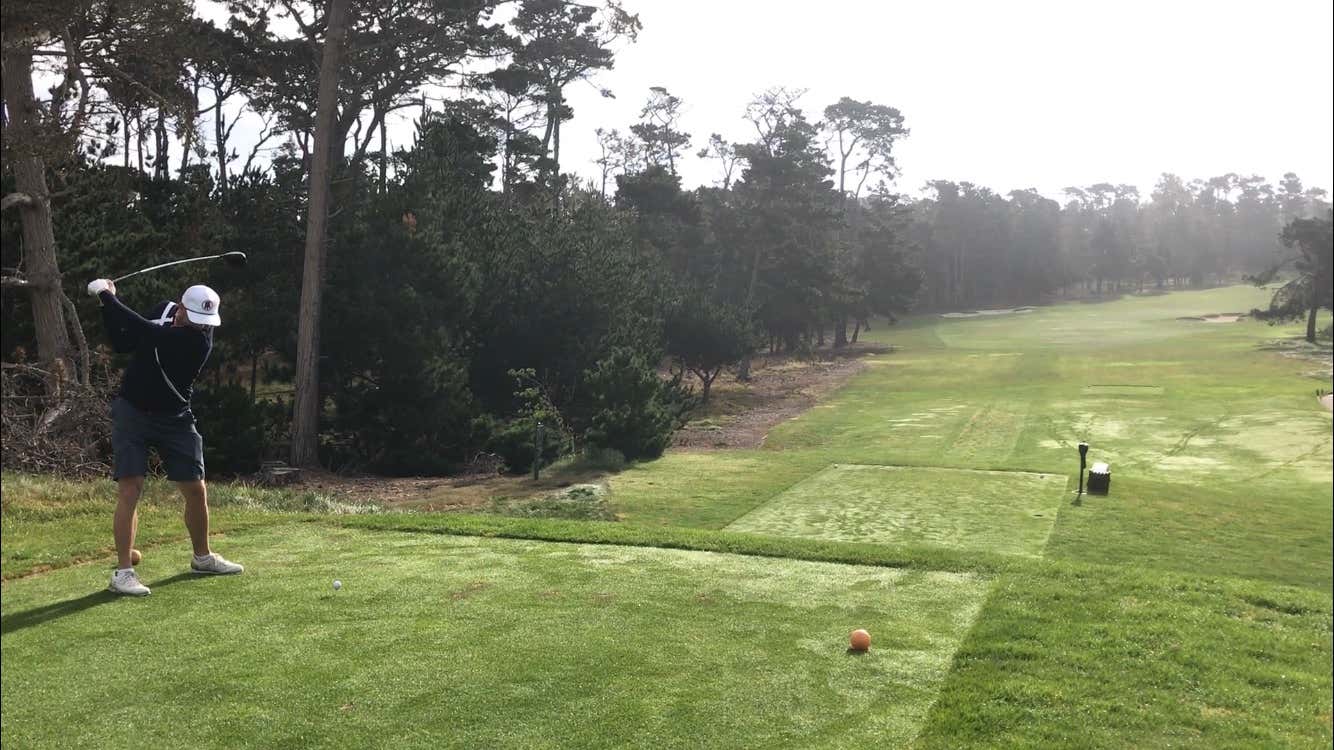 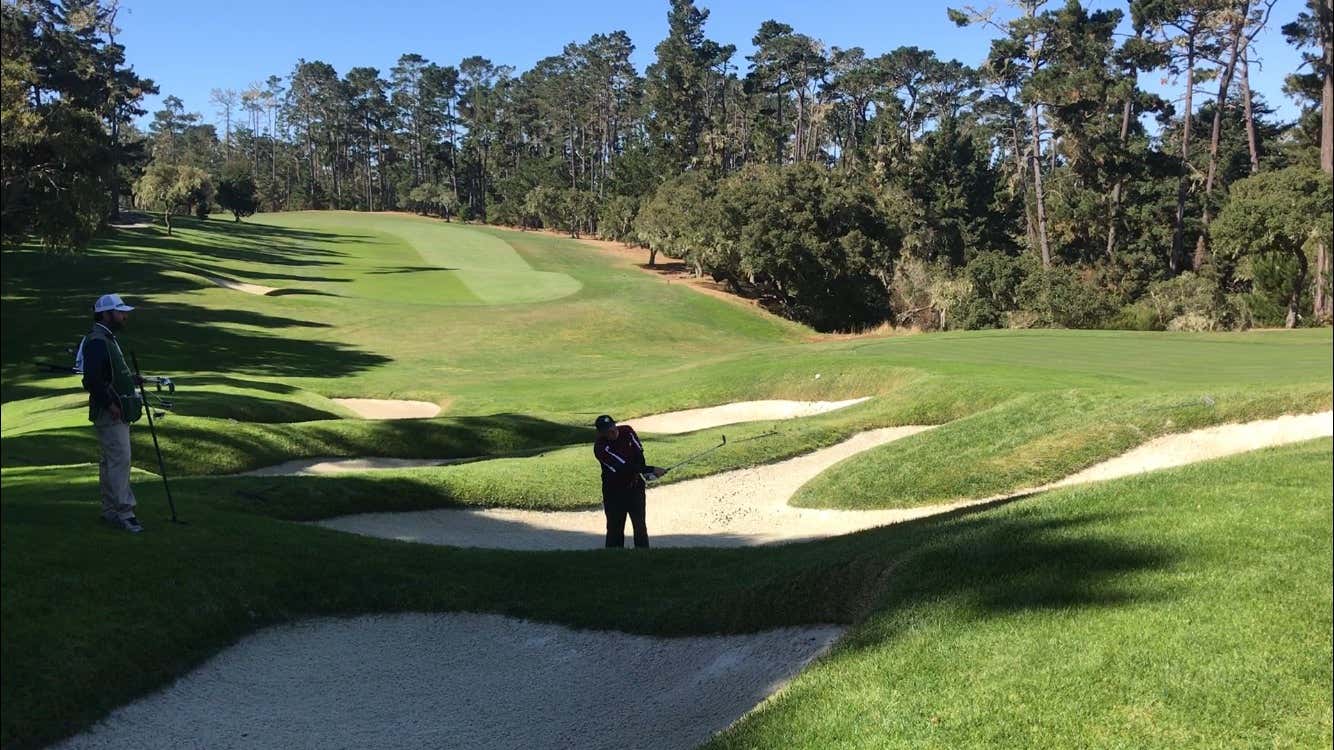 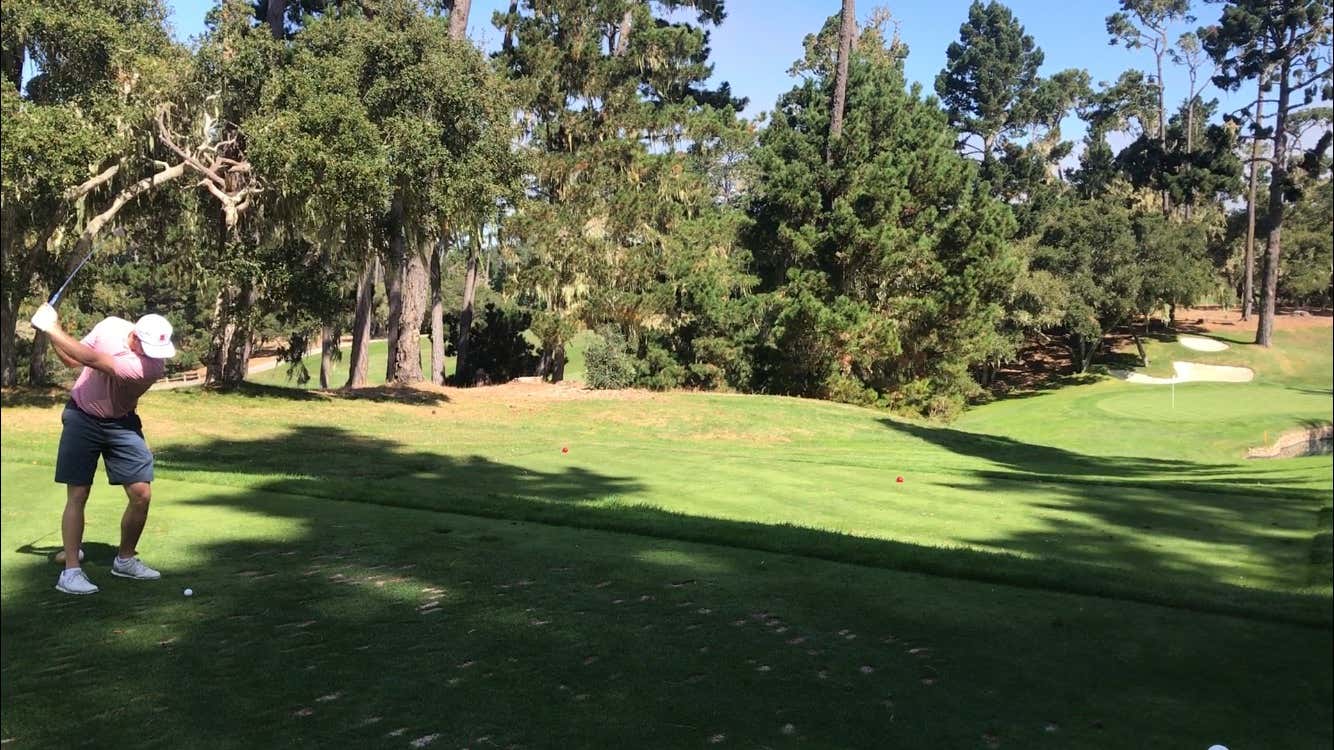 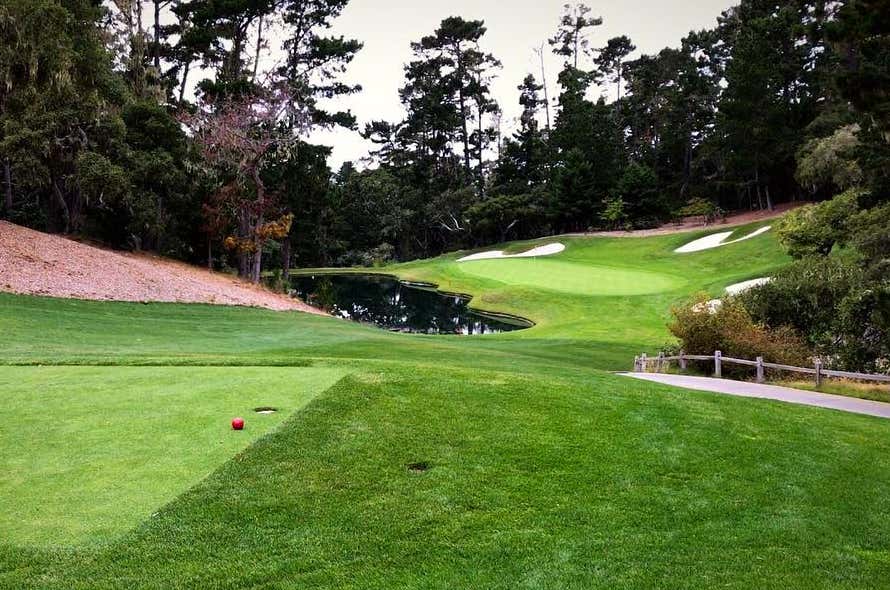 My favorite on the back-nine is the 560-yard par-5 fourteenth. 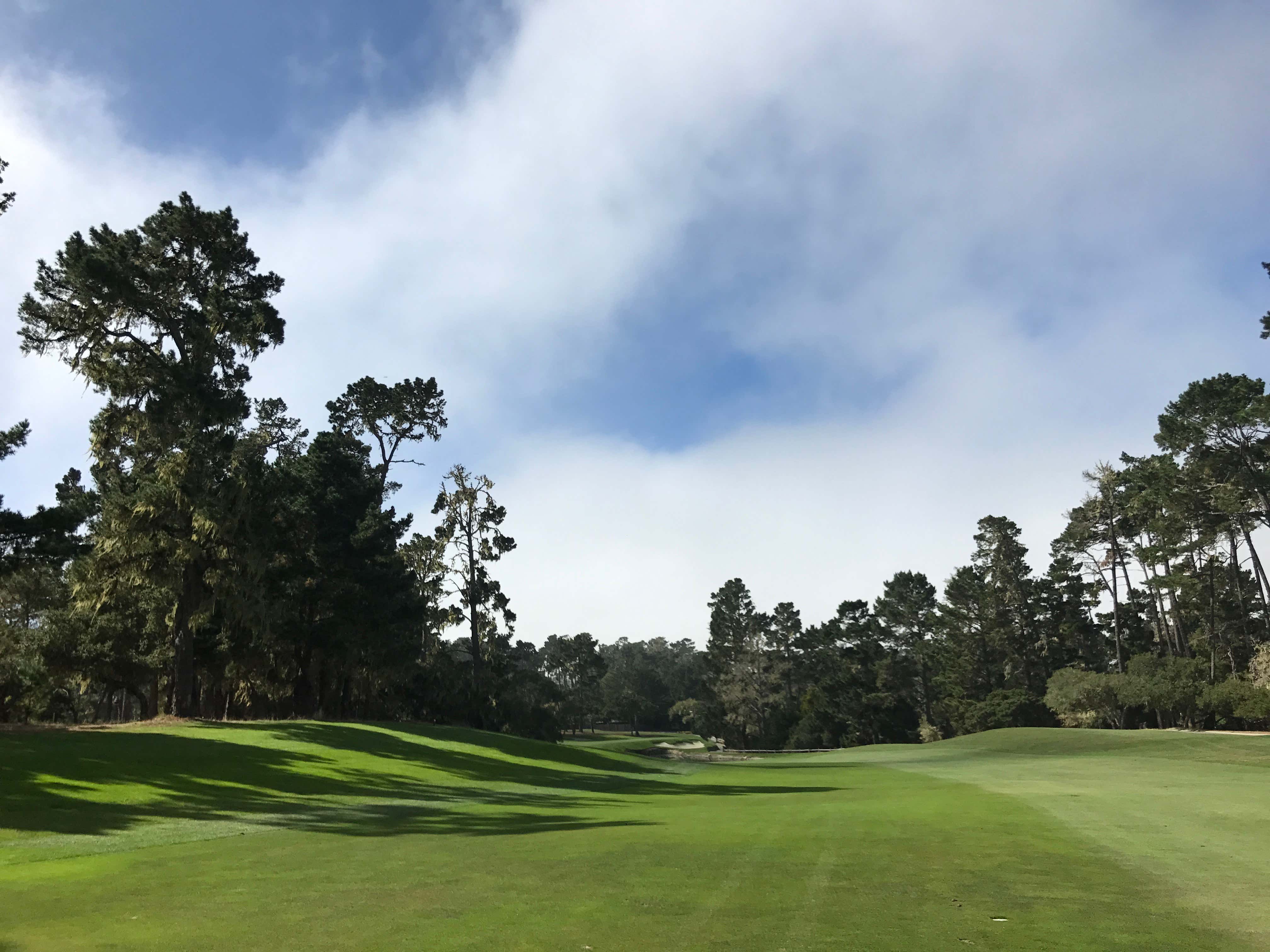 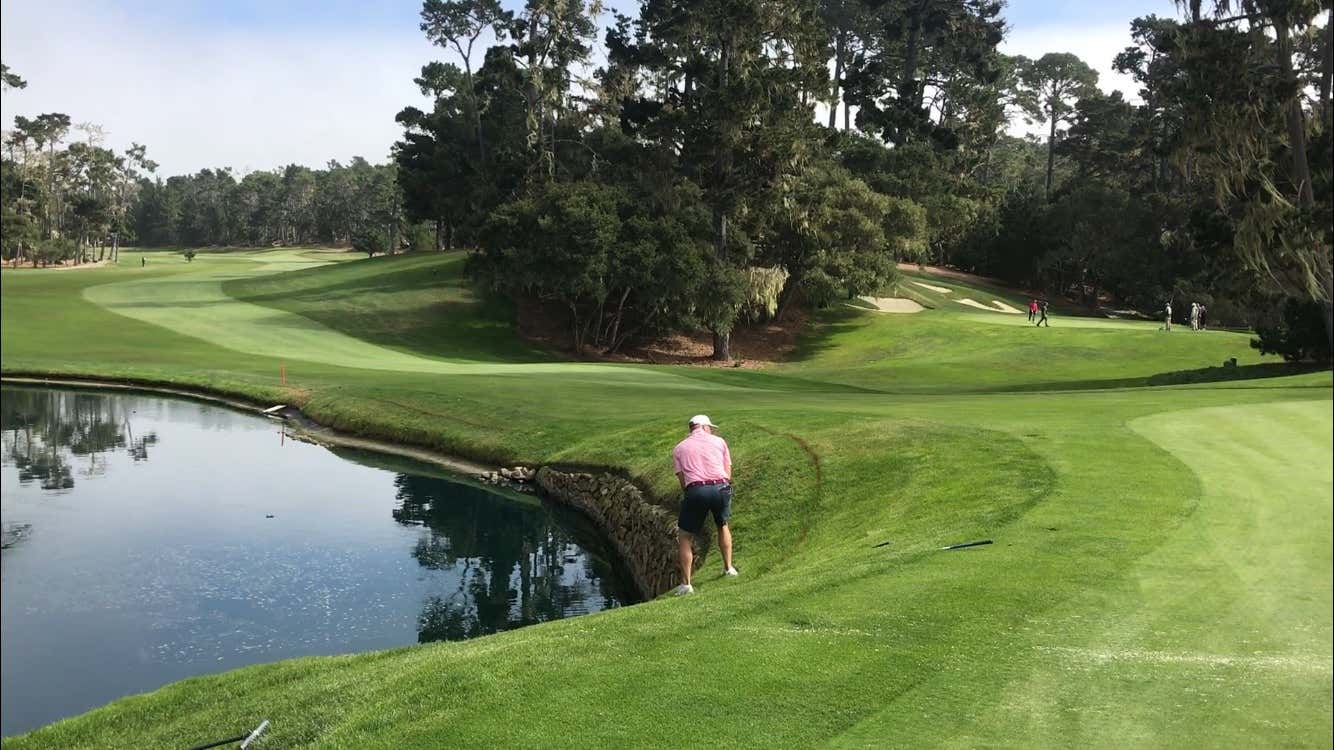 I think you get the gist.

At $395, Spyglass ain’t cheap, but it’s a must-play if you’re in the area (there’s also a $225 twilight rate). The contrast from the first 5 holes to the back 13 is unlike anything else you’ll see, and it works. It’s beautiful yet challenging. It’s ocean-front yet tree-locked. It’s expensive yet worth every penny. It’s like playing Pebble on the front, Augusta on the back.

And it’s got a GREAT name. Spyglass Hill? Name’s worthy of a top-100 spot just on its own.