Whenever a video like this comes out, you get a bunch of people saying “classic New York” or “only in New York.” What the FUCK are you guys talking about? This isn’t classic New York! Classic New York would be a video of a naked homeless guy using a pigeon’s carcass as a flesh light as he screams about Jesus. Throw that image on the license plate, next to the proper state motto: “mind ya own damn business.” Tiffany Peña talking about unison being unique to New York. Hey Tiffany, ever been to ANY other city that isn’t an active war zone? These spontaneous displays of happiness happen a lot more in Sweden, England, Canada, and any city in the South. Hell, I’m pretty sure the police in Iceland spend more time breaking up these massive dance parties than discovering dead bodies. Meanwhile, the NYPD was probably scraping a charred body off the 3rd rail 20 feet below this dance party. It is New York, after all.

As for the video itself, this guy was my favorite: 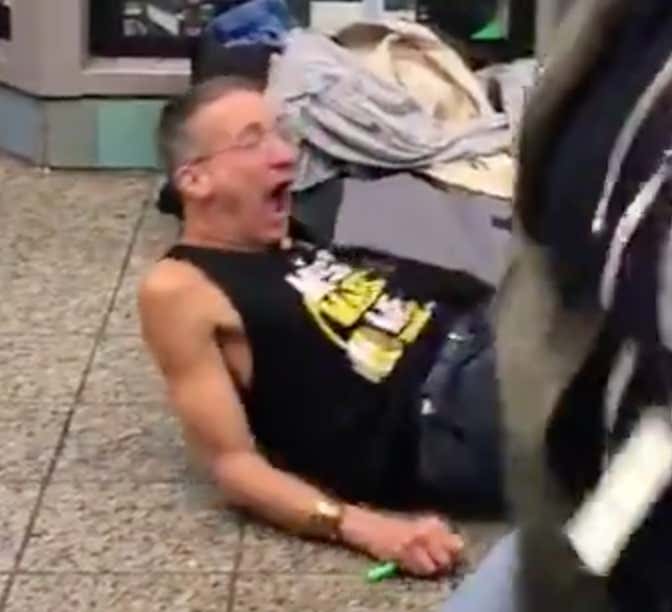 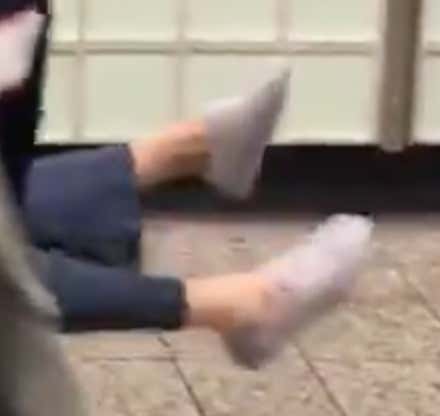 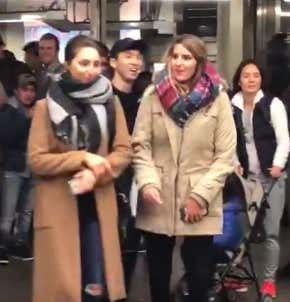 Standing on the periphery is the right move here. That looks says, “we’ve been oppressing minorities for hundreds of years. Let’s let them have the floor for this one.” Well played, you history-conscious, scarf-sporting gentlewomen.

OJ had some moves too:

Nice to see him get through that without stabbing any of the ladies. Seems like he’s making progress.