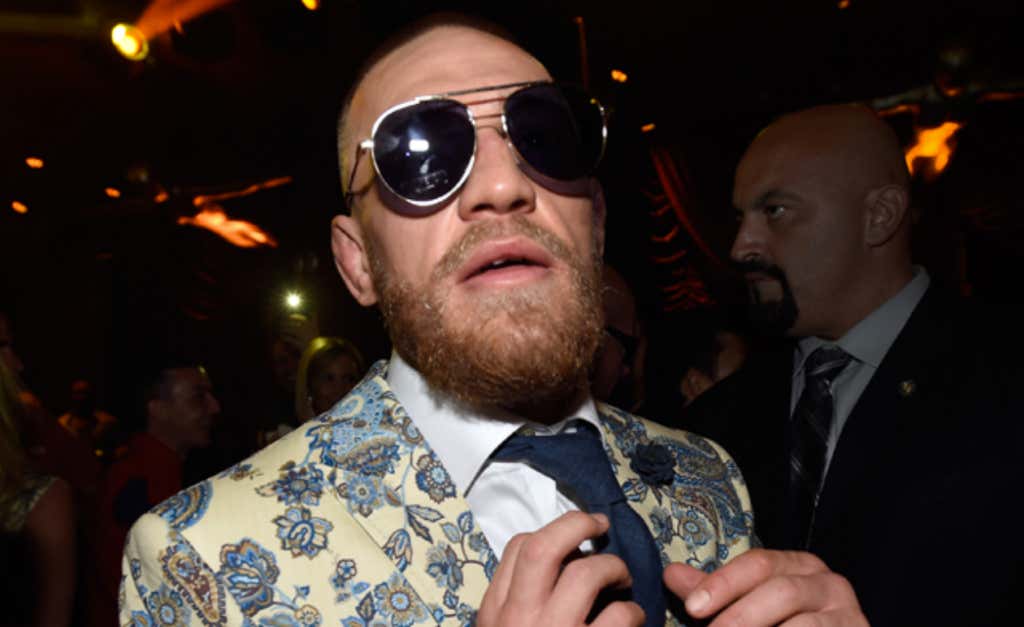 DailyMail- Police in Ireland today said they are aware of allegations UFC star Conor McGregor was involved in a fight in a pub in Dublin. McGregor, 29, was seen by punters on Sunday night entering the bar before the melee erupted which involved the sports star, a young man, a man in his 50s and a fourth man.

news.com.au- According to various unconfirmed reports in Ireland and the UK, McGregor has had a threat made against his life over a sensational bar room brawl with Irish mafia figures.

Irish police are aware of claims McGregor allegedly assaulted a man with ties to Kinahan lieutenant Graham “The Wig” Whelan — one of the country’s most feared gangsters who was a key player in a long-running feud which claimed 16 lives in the early 2000s. One report suggested the man, who is in his 50s, is Whelan’s father.

Uhhh, yikes! 19 year old Bob is no person to tell Conor McGregor how to live his life, but I will say, (allegedly) punching the (alleged) father of a gangster who murdered 16 people (that we know of, there is (allegedly) even more) doesn’t sound like the smartest thing you could do if you’re Conor McGregor. When the tabloids try to save your life by leaving your name out of their stories, calling you only “the celebrity”, immediately taking credit for being “the celebrity” also isn’t genius.

Seemed like they were trying to throw you a bone, there, pal.

Now if this happened, it’s obviously kinda bad news for my boy. When everything in recent weeks is added up, we realize we’re awfully close to a Britney Spears 2007 meltdown and I’m gonna have to make a “LEAVE CONOR ALONE” video sooner rather than later. When you just single this out, though, I do kind of love it. My mind is in a wrestling match with itself, half saying “It’s dangerous to fuck with the mob! He shouldn’t do that!” half saying “He’s ‘The Notorious’ Conor McGregor. If he’s mixing it up with the mob, he’s not doin’ it right.”

Conor McGregor has been rumored to have involvement in the Irish mob forever, and I love the thought of him doing Peaky Blinders type shit behind closed doors. I want Conor running Ireland like he’s Tony Soprano or El Chapo or something. I want politicians double checking taxation proposals with McGregor because they’re nervous he’ll have them whacked. That’s real power shit. With that power also comes great responsibility, however, and part of that responsibility is keeping your mafia business out of the public eye, which he seems bad at. So from here on out, how about we just try to keep a low profile about the Kinahan. They don’t seem like friendly people.

Actually wait, should I saw they ARE friendly people? Will I be put on a hit list for talking bad about them? Or do they not want to be known as friendly people because that ruins their mob status? How does mob reputation like that work?

How about this, if you’re in the Kinahan and can have me murdered and want anything in this blog changed, I’ll change it. No fret. Just hit me up. Not literally though, don’t hit me, just message me or something and say “Hey I’m frum da fookin’ mob, don’t like whatcha said” and I’ll immediately relay your message to editor-in-chief Kmarko. Sorry for the inconvenience.