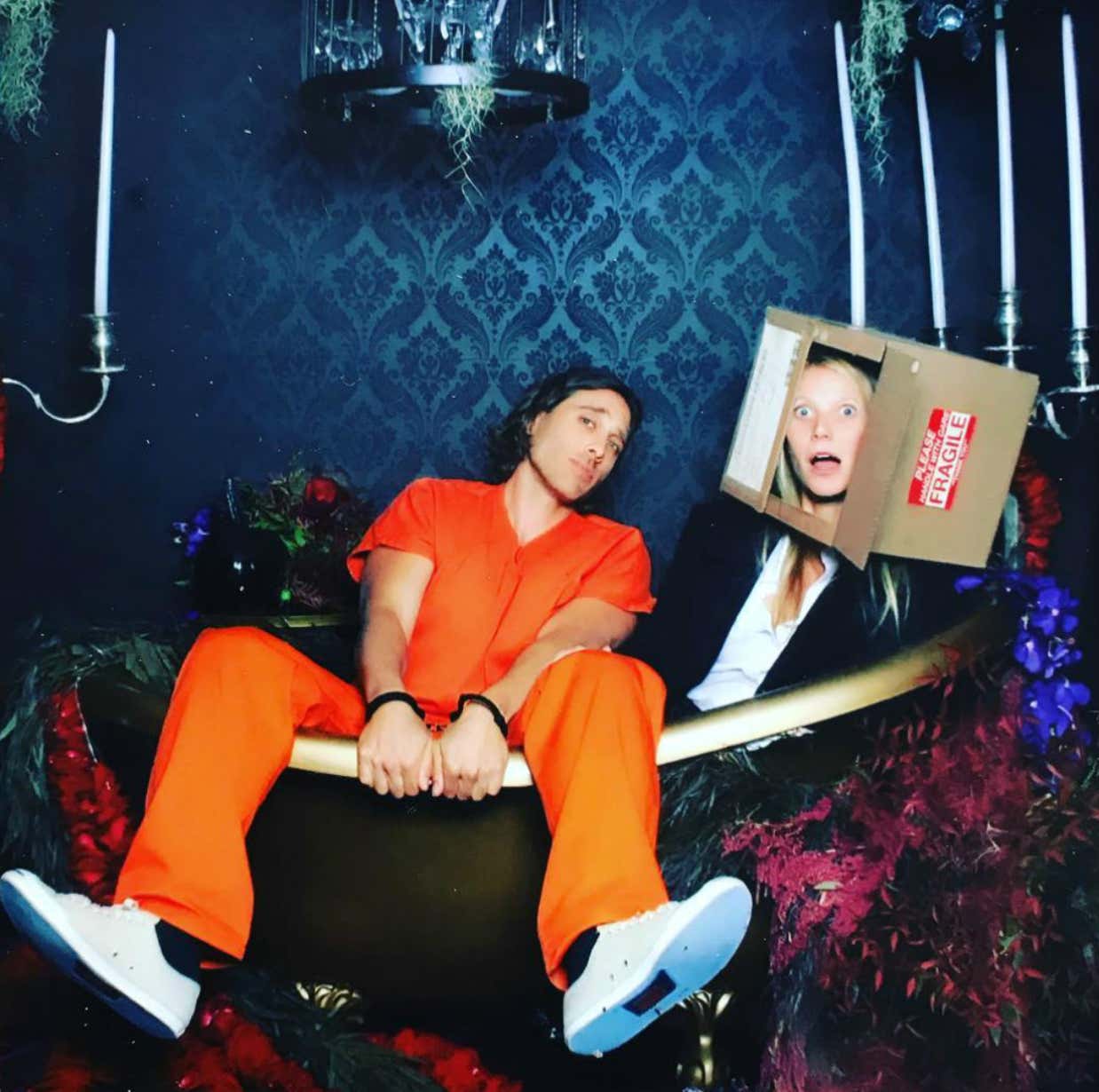 Hollywood Reporter- The holiday hasn’t even officially happened yet, but Gwyneth Paltrow has won Halloween this year. On Sunday, the actress posted her costume, which only she could pull off: her head in a box, from the 1995 thriller Seven. In the Brad Pitt and Morgan Freeman starrer, Paltrow plays Tracy Mills, wife of Pitt’s detective David Mills. Tracy is murdered by John Doe (Kevin Spacey), a serial killer who uses the seven deadly sins to pick victims. Tracy becomes his second-to-last victim, her head delivered in a box to the officers at the climax of the film. Pitt’s pleading, “What’s in the box?!” has become a pop-culture staple.

So this is kinda weird now that all the Kevin Spacey stuff is happening. That’s some of the worst timing imaginable. When she decided on that costume she probably didn’t think her costar would be embroiled in a situation where he kinda sorta maybe but not really denied allegedly sexually assaulting a 14-year-old by then came out as gay. Tough to see that coming down the tubes. Still an A+ costume outta Gwyneth. Easily one of the most iconic movie moments. You can yell, “What’s in the box?!?!” and I guarantee someone will yell it back. Or next time someone gets a package delivered to your office and they start to open it, yell “WHAT’S IN THE BOX?!?!?!” and let the laughs roll in. You’re welcome. That one’s free.

This time of year can be stressful for people who really get into Halloween. I’m not a guy who likes to dress up. I don’t dislike Halloween at all. I like eating candy and watching Halloweentown and Hocus Pocus like every other white person. Dressing up just isn’t for me. I view it a lot like the people who cover themselves in face paint for football games. At a certain point in the night, you’re just a guy covered in paint waiting for an uber. Some goes for dressing up for Halloween. At a certain point in the night, you’re just a sexy tinker bell waiting for an uber. But for the people who like dressing up? It’s a STRESSFUL time of year. Paltrow knocked it outta the park.