The Flyers beat the Toronto Maple Leafs on Saturday. The Sixers beat the Dallas Mavericks on Saturday. The Eagles beat the San Francisco 49ers in the pouring rain on Sunday. But the best part of my weekend? The part that put the biggest smile on my face and warmed my heart like a deliciously fresh brewed pumpkin spice coffee from Dunkin Donuts? The Pittsburgh Penguins going up to Winnipeg last night and giving up 5 goals in the 1st period. Not only did they give up 5 goals in the 1st period, but they gave up the final three in just 34 total seconds. 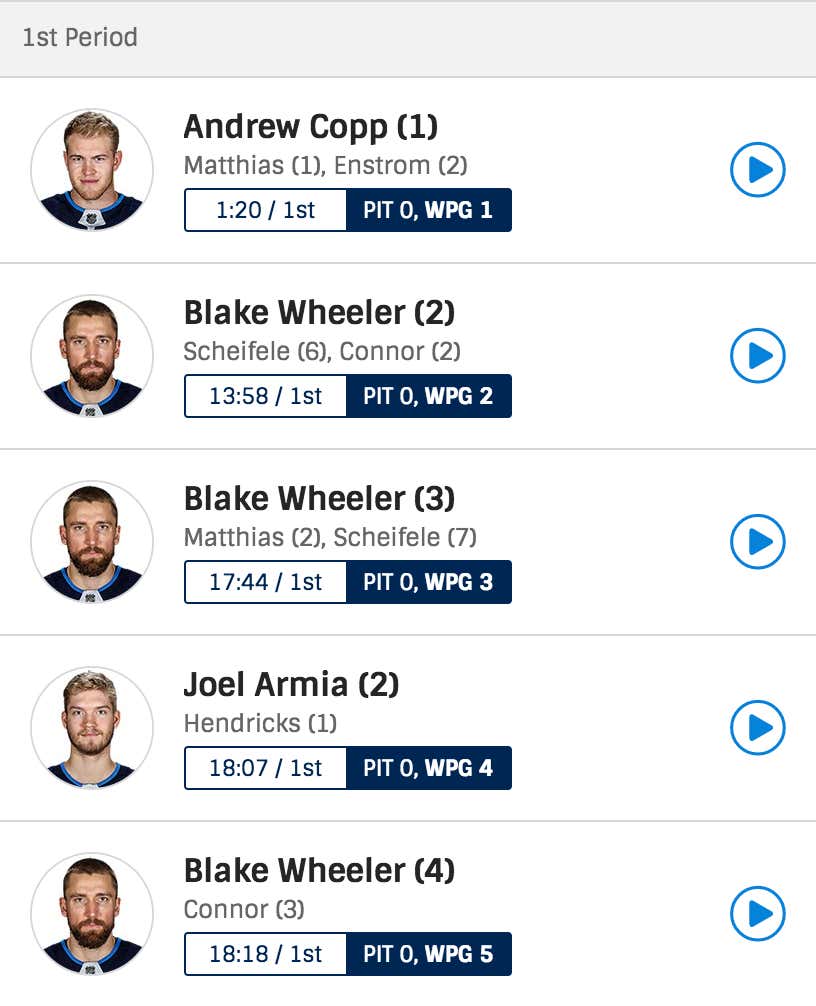 Not only did they give up 3 goals in 34 seconds, but the final goal came just 11 seconds after the Penguins made a goaltending change from Matt Murray to Casey DeSmith. If you’ve never heard of DeSmith before, it’s because this was his first career NHL game. 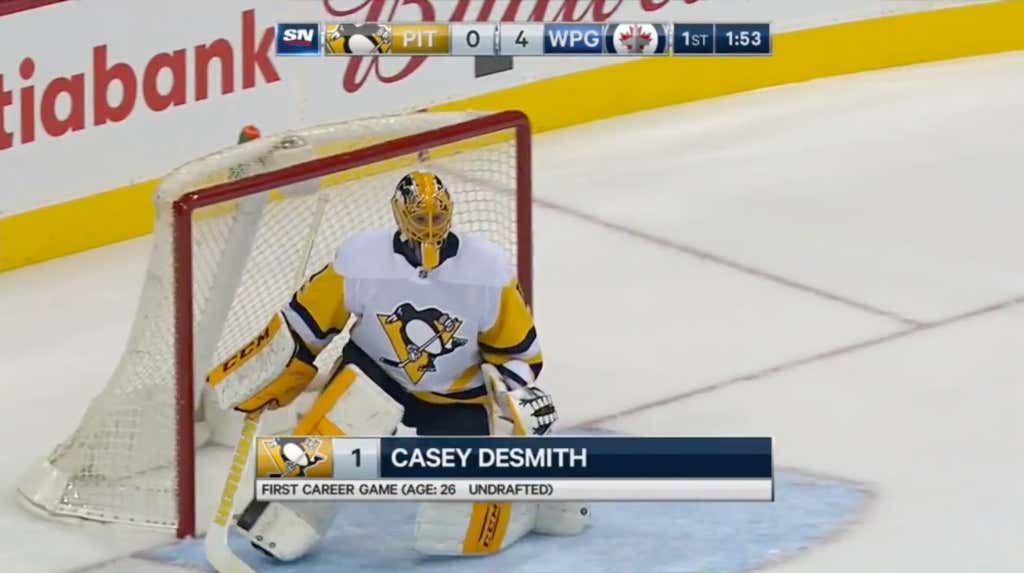 Undrafted kid. Lands the Penguins’ backup roster spot after Antti Niemi was picked off of waivers last week. First career game. Goes in without a warmup down 4-0 in the 1st period after the team just gave up 2 goals in 23 seconds. If life was like a Disney movie, this would be the perfect set up for DeSmith to come and and pitch a shutout for the rest of the night as the Penguins claw they’re way back into the game. After tying it up with less than a second to go in the 3rd, DeSmith is the hero in overtime and scores a la Russ Tyler in D2: The Mighty Ducks.

Unfortunately, this isn’t a Disney movie. This is some real life shit. So instead of coming in and being a hero, DeSmith lets in the first shot in his NHL career and it just happened to be the one that completed Blake Wheeler’s first period hat trick.

It’s just so visually appealing. And the broadcast crew nailed this one. The fuck is Mike Sullivan thinking? You’ve got 105 seconds left in the period. Just stick it out for the rest of the period with Murray and let the kid get himself set up to make his NHL debut during intermission. Should have just called off the goalie change when it was taking the kid 5 minutes to get out there. Hindsight is 20/20 but I think everybody with a functioning brain knew this wasn’t going to end well. He went on to let in 2 more goals on the night, ended up taking a delay-of-game penalty and the Penguins lost 7-1 in the end.

Now I’m not going to say the Penguins are dead since that clearly backfired on me the last time I uttered those words on this website. But any bad night for the Pittsburgh Penguins is a glorious night for me. So I just want to thank them for providing the cherry on top of this weekend for Philly fans everywhere. Very selfless of them.