First of all, I oddly find Conan O’Brien funny when he does shit like this. He brought in Gronk and Marshawn Lynch one time to play Mortal Combat and it was gold. I’m not that big into late night talk shows now that Letterman is gone and I’m either asleep by that time or watching sports, but this was funny stuff.

Let’s re-enact breaking your collarbone right in front of Aaron. First let’s roll out this guy with a hammer. 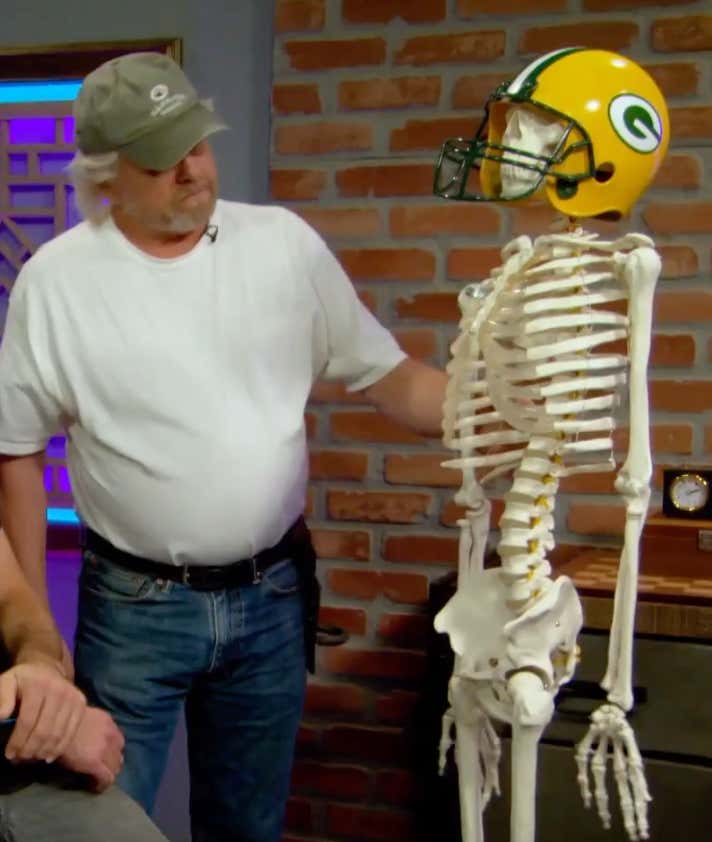 Give it a whack there big fella.

Then Conan brought out Packers left tackle David Bakhtiari and reemed him out for being as far away as humanly possible on the play for not protecting Rodgers. The Packers offensive lineman then fixed the Rodgers’ “skeleton” leading to Conan calling Rodgers a pussy for not playing through it.

The most interesting part of this video were the outtakes. In the video below Rodgers describes leaving the field as Anthony Barr (the one who tackled him) flipped him off and gave him the “suck it” sign.

Classy guy that Anthony Barr. “By no means did I mean to injure Aaron Rodgers.” Yeah sure thing man, fuck you dude.