The Patriots facing the Falcons this weekend is the perfect excuse to revisit this masterpiece, THE best post-Super Bowl LI rant on the Internet. Period. I was going to post one of those compilation videos of fan reactions, but 90 percent of those are staged and phony. Daniel Day-Lewis isn’t a good enough actor to fake this.

In the words of Mike McDermott quoting the words of Jack King, “Few players recall big pots they have won, strange as it seems, but every player can remember with remarkable accuracy the outstanding tough beats of his career.” This guy, who had the under at 59 1/2, can relate. And as he says, he’s not even a Falcons fan. For all the suffering they did in their videos, his pain is the kind that can only come from Kyle Shanahan’s play calling costing him stacks of high society. And in the case of most creative geniuses, their best creations come from pain.

This isn’t a rant. It’s performance art. Part Sam Kinison (RIP), part Lewis Black. I know eight minutes is way too long for a YouTube, so if you can’t watch it all, just skip to about 1:45 or so and give it a couple of minutes. When he’s so spitting fire he gets the teams mixed up and keeps going to the laptop to get his facts straight. “Do you realize that all you have to do is take the ball … three yards … cloud of dust … GAME! FUCKING! OVER?!!!”

God help me, it’s been over eight months since that game and this stuff never gets old. Also, shirts are 10 percent off. But a few. 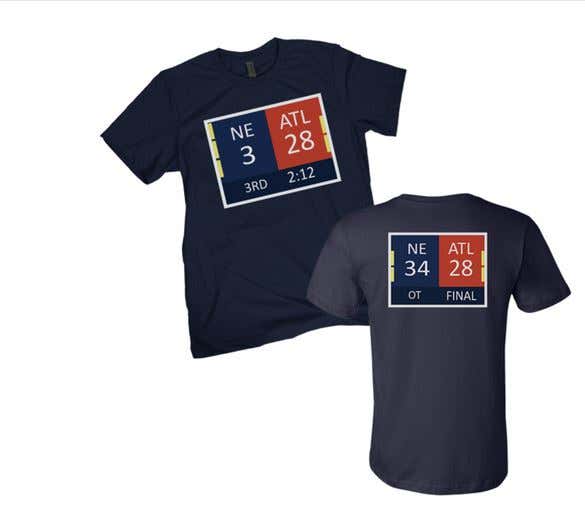