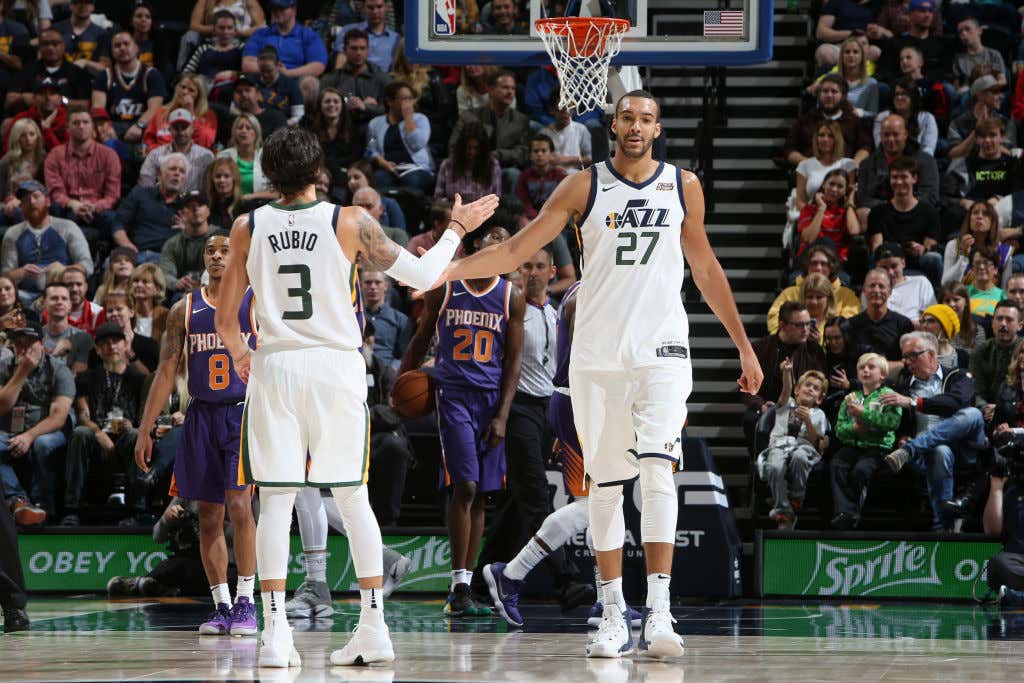 Welcome back to Last Night In The NBA where we catch you up on everything you may have missed from the night before in the league. There were a total of 8 games last night so we have quite a bit to catch up on, let’s get started!

This is the defensive effort I remember from Detroit, and while it helps that Bazemore and Schroder didn’t play for ATL, the Pistons didn’t have Drummond either. What this was, was the first time Detoit fans got to see just exactly what Avery Bradley is capable of. His 18 points on 8-14 shooting is much closer to who he is than what he did in their opener, and yeah, it made me sad to see

He wasn’t the only Pistons starter to play well though, as four of the five guys were in double figures, and as a team they shot 48.9%.

For Atlanta, nobody really played that well, which is why their highlights are kinda sad

John Wall made his preseason debut, and boyyyyyyyyy did he

That crossover was devastating, but not as nasty as that dunk on Beasley aka Lebron aka Durant. Yowza. They also got some production from Kelly Oubre, who’s looking to bounce back after his little temper tantrum last year in the ECF, and he’ll be important as hell this year because we all know the Wizard’s second unit is their biggest question

For the Knicks, another tough preseason loss, especially when they didn’t play all that poorly. Their starters showed up, led by Kanter and his 16 points, but scoring 15 points in the fourth, allowing 20, and losing by 4, that hurts.

Even though Beasley got murdered by Wall, he did show some things

You know the rules, wait for the blog. Here’s a preview. Tatum > Simmons.

Don’t look now, but the Pacers are undefeated in the preseason! Who says they’re tanking! You can thank TJ Leaf for this comeback, and huge fourth quarter, he finished with 18/6 on 6-10 shooting including four 3s.

But, in reality, we learned that the Cavs are also probably going to be pretty good again. I see you Jae (sad face emoji)

Wait, maybe the Bulls are back! How about 51.8% from the field and 17-34 (50%) from deep! Perhaps the second go around of the Justin Holiday experience is actually going to work out, cuz he was great in this game (21 points on 6-14 shooting including five 3s). That hot shooting was contagious because even Valentine got into the action

It does suck that Kris Dunn got hurt. He dislocated a finger and will probably miss a couple weeks.

For MIL, this was our first chance to see Giannis, and he most definitely did not disappoint

Yup, just like we thought, OKC is going to be pretty damn fun to watch.

Oddly enough, PG13 was the only Thunder player in double figures.

Sadly, there was nothing positive from NO. Boogie and AD both played under 20 minutes, and they shot 39/31%. They fall to 0-2 so far this preseason.

This was actually a close game in the first half, but then SA remembered they’re SA and it was a wrap over the last 24 minutes.

And for our next “This is weird to see” moment, here’s Rudy Gay’s first basket as a Spur

For the Kings, we saw why maybe I’m higher on them than most. Five players in double figures, and their starters played great, especially their bigs

Here’s another team that people thought might take a step back after Hayward left, the Jazz find themselves undefeated (3-0) so far this preseason

Rodney Hood and Alec Burks led the way with 19 points, both on strong shooting performances, but that’s probably where the good news ends. Unfortunately, Dante Exum injured his shoulder and is going to be out for some time. That’s a big blow to the Jazz and to him personally, seeing as how this was his big year to prove himself as he enters RFA this summer. If they also lose Rubio at any point before Exum gets back, things could get real ugly real quick.

And that should catch you up on everything you may have missed last night, you know if you were out living an actual life. There’s just game today and it’s a battle for the state of Florida, make sure to check back tomorrow if you miss it!