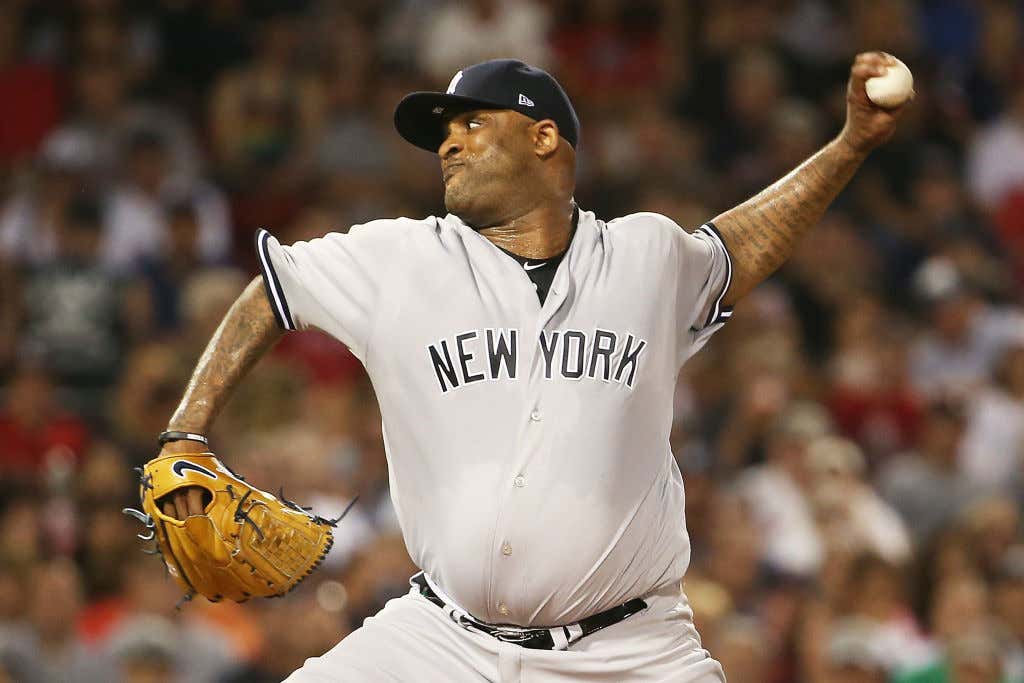 45 E 33rd St. (33rd and between Madison Ave and Park) 5:00 start time until the game is over. Say “Hubbs” at the door and they’ll give you a wristband and guide you upstairs to the terrace roof top where we have our own section. $3 domestics, $4 wine, $5 well drinks. Hope to see everyone there.

Going into this season the Yankees didn’t even know what to do with CC Sabathia. Was he finished? What more could he give us? In the last year of his contract, Carsten Charles Sabathia became the stopper of this rotation.

You need a fucking W after a demoralizing loss. This is the guy you want on the mound if you’re a Yankees fan. He’s gonna pitch pissed off, he’s gonna pitch with fire, and he’s also not gonna move off that mound. Gary Sanchez is going to be tested today. He’s going to have to be aware for the bunt during any kind of at bat. It’s well documented that the big fella does not like to run off the mound and teams would be foolish to not try and take advantage of it. I could see Kipnis laying down a few as well as Lindor, no doubt about it.

The big elephant in the room I’m avoiding to talk about is Corey Kluber. He’s not a human being and that could be problematic in a must-win, can’t-lose game on the road. Corey Kluber is allergic to giving up hits, never mind runs. I actually don’t know how the Yankees are going to score off of him. If the Indians get two runs off of CC the game is essentially over. I need five to six strong innings from the fat man. Then hand that ball over to Chad Green, Robertson, Kahnle, Betances (who looked unreal last night), and Chapman. The formula is there. The Yankees must play small ball today and scrape across a run or two early. They must. If they fall behind early it’s over. This could be CC’s last start ever in a Yankee uniform, make it count big guy.