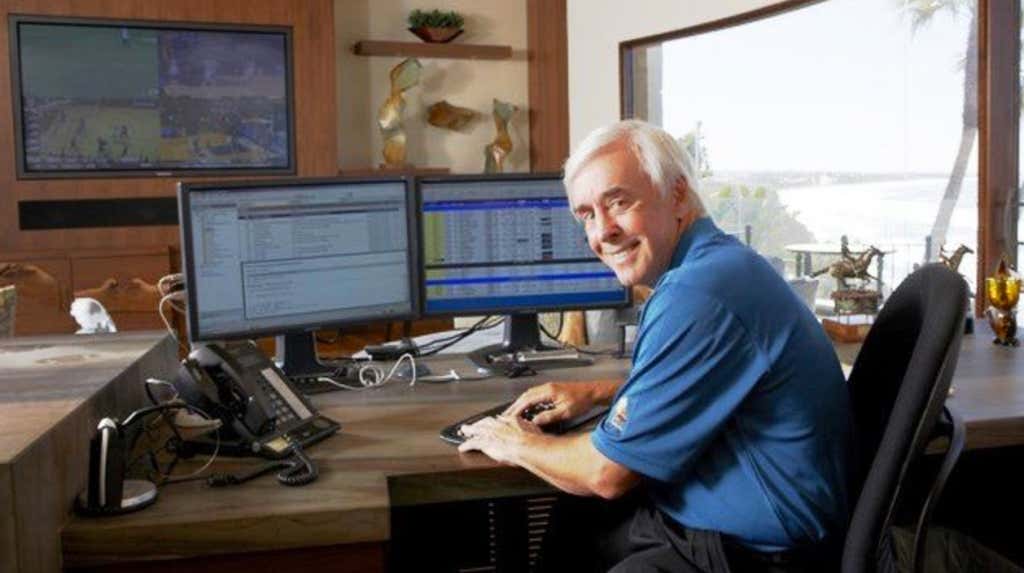 Nevada Independent - Billy Walters, the convicted gambler/developer on his way to federal prison, is the anonymous donor who gave $500,000 to the Las Vegas victims’ assistance fund, The Nevada Independent has learned.

“I asked him for permission to make his name public,” Sisolak said. The commissioner and gubernatorial candidate said he told Walters he thought showing his generosity might induce others to pony up.

“He said, ’If you think this will get more money to donate, then go ahead,’” Sisolak said.

Walters was sentenced in July to five years in prison for his role in a $43 million insider trading scheme. He is expected to begin serving his term this month.

Big time shout out to my man Billy Walters. If you’re not sure who he is, don’t worry, he’s only the most successful sports bettor of all time. This guy was doing algorithms and modeling and all sorts of shit to get an advantage before Vegas even knew what a computer was. He was so far ahead of the game, Vegas sports books stopped taking bets from him, so he had to hire an army of foot soldiers to make his bets for him. And he cleaned up. Millions upon million upon millions of dollars. Private jets. Incredible homes. But could the government just let him be happy? Of course not. They had to stick their noses where their noses don’t belong. The feds always sniffing around, trying to be haters on the rich and successful. And they ended up popping Billy Walters for something they call “a $43 million insider trading scheme” and sent him to prison for FIVE YEARS. Five years!!!!

Five years for a little bit of alleged insider trader is erroneous! Erroneous on both counts! They also made him pay all sorts of fines in the million and millions of dollars. Guy was just trying to make a living and this is how he’s repaid. So despite all that, he still, just days before being separated from his wife, his kids, his family, and his private jet, he still donating $500,000 anonymously to the Vegas Victim’s Fund. Anonymously, because that’s the kind of guy he is.

You’ll never find out it was Billy Walters who donated that $500,000, and he’ll never admit it was him, but it’s great to see that despite all the adversity against him, his head is still in the right place. #FreeBillyWalters