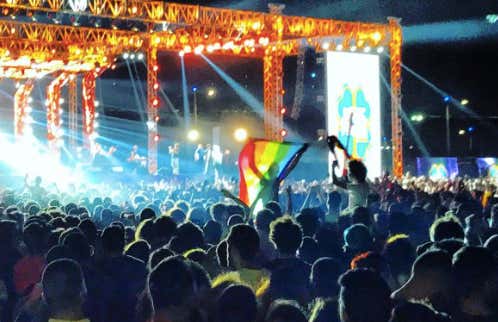 The group that played in the September 22 concert, Lebanese indie rock band Mashrou’ Leila whose lead singer is openly gay, condemned the crackdown in a statement posted on its Facebook page on Tuesday. All have been charged with ‘debauchery’.

I can’t think of a worse job on the planet than Egyptian butt hole checker. The heat, the humidity, the booze. Sorry for the unwanted visual but can you imagine? You end up at a concert and some idiot next to you raises a gay flag. Next thing you know you’re bent over in front of an Azamat Bagatov 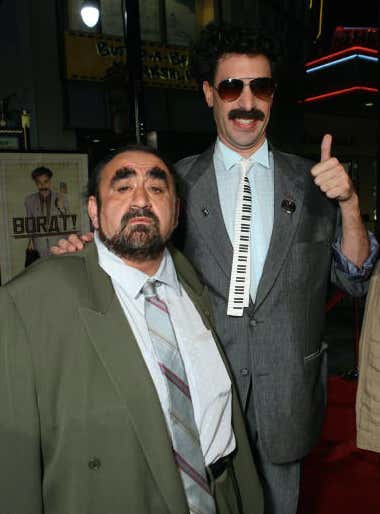 who’s getting a little too much enjoyment out of eyeballing the size of your hole. Something you’re not confident in because you’ve never seen it yourself. It’s the stuff nightmares are made of. I don’t want to get into too much detail but gay twitter confirms that Egyptians use sand for lube. Moving on.

The craziest part of the story is that the band’s own singer is gay. Did they check him before he went in? Who decides who gets checked? I want to see a line up of the five guys picked and the husband of the man who picked them. Chances are they all look alike. Egypt is a sexually repressed country, it could be a long game. Same goes for the concert goers.

In all seriousness, Egypt is a perfect example of a country that is struggling to find its identity. On one hand you have the old guard, mentally stuck in cultural norms of the Mubarak presidency and on the other you have the youth. The very people who rebelled against those norms in 2011.  The concert is a microcosm of Egypt’s larger cultural issues. It’s controlled by an aging minority who’s power effects the lives of the younger majority.

Fortunately, butt-hole-gate has gotten significant press so hopefully it will end. But until the old guard either dies or loses power, chances are it won’t.