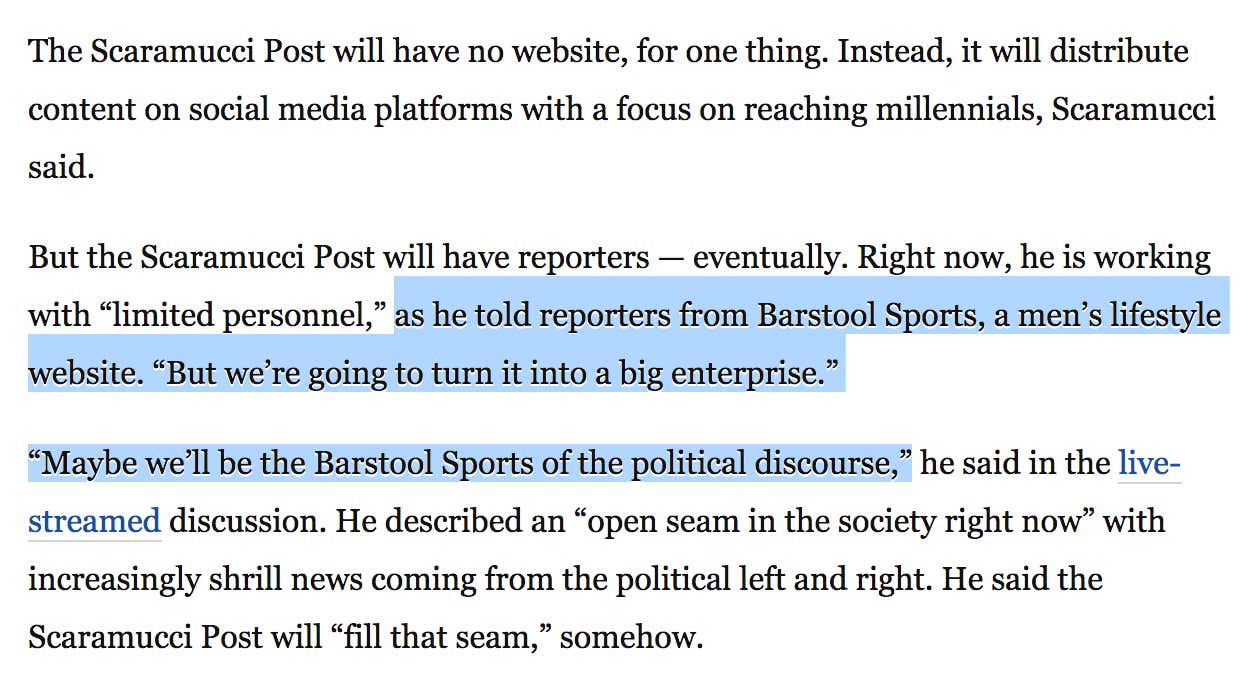 But the Scaramucci Post will have reporters — eventually. Right now, he is working with “limited personnel,” as he told reporters from Barstool Sports, a men’s lifestyle website. “But we’re going to turn it into a big enterprise.”

“Maybe we’ll be the Barstool Sports of the political discourse,” he said in the live-streamed discussion. He described an “open seam in the society right now” with increasingly shrill news coming from the political left and right. He said the Scaramucci Post will “fill that seam,” somehow. 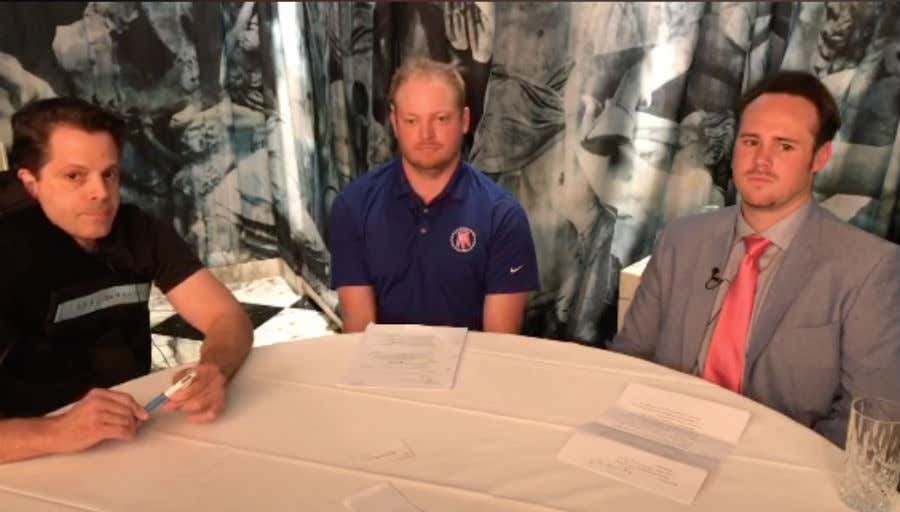 So we met The Mooch yesterday in some basement of the Fish Hunt Club restaurant in Midtown Manhattan, which interestingly did not turn out to be a mob hit. Phew. It was great. The Mooch — surprisingly normal, down to earth guy. Super nice. Great dude. Couldn’t have been more hospitable. Relentlessly offered us filet mignon and booze, which we politely declined, with the exception of YP who had The Mooch grab him frosted pretzels two or three different times.

The Mooch then asked YP if he liked the pretzels.

YP said that he liked the pretzels.

Anyway, we eventually sat down and chatted for about 40 minutes. He indulged in some cauliflower steak mid-interview.

We are cutting up the audio and putting it out soon, likely on the radio show. We’ll also publish a short video on the whole experience.

The Mooch had shoulder surgery on Friday, hence the intense shoulder brace, and had to attend rehab mid-day, so he showed up about 45 mins late to our sit down. An interesting byproduct of this was a significant backup gathered in the Mooch Cave, creating a live audience for our chat. There were several actual, legitimate journalists with pens and paper and notes and shit. Was wild.

The Mooch officially launched his “Scaramucci Post” yesterday. As you can see, the Washington Post — publishing crucial news for the American people since 1877 — responsibly cited Barstool Sports reporters in their coverage of yesterday’s launch.

PS — Mooch’s team Periscoped our chat live if you’d like to check it out.

And congrats to our friend Anthony who is now considered cool by his kids.