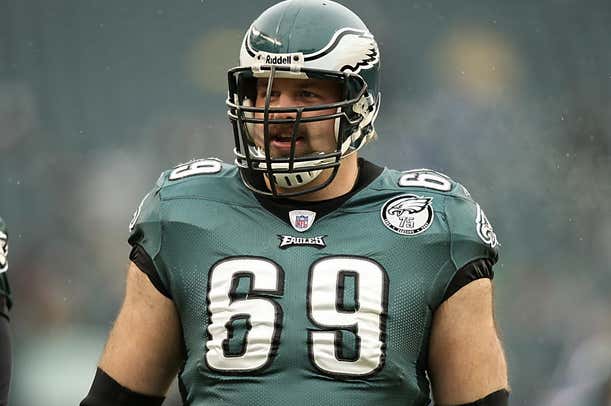 PHILLY VOICE – The next time you request a ride from Uber, there could be a familiar face looking back at you from the rearview mirror once you hop in the backseat. It just might be a little tough to recognize him without the helmet and shoulder pads on.

That’s because Jon Runyan – yes, that Jon Runyan, the one who spent nine of his 14 seasons in the NFL with the Philadelphia Eagles – has actually been driving for Uber for almost nine months now.

And before you ask, he isn’t broke.

Still, that was the reaction from some last week when a story popped up on Crossing Broad about the former All-Pro offensive lineman being an Uber driver, even though he made more than $40 million in his NFL career and has continued to work throughout his post-football life – in addition to his work on radio on and TV, Runyan was a two-term U.S. Representative former New Jersey’s 3rd congressional district (2011-2015) and is about to enter his second season as the NFL’s Vice President of Policy and Rules Administration.

So, no, Runyan isn’t driving for Uber because he needs the money. The truth is, he just gets bored sometimes.

Life after football comes at some former-NFL players fast. For Jon Runyan, it appears that life is coming at him painstakingly slow. So much so that he is driving around the South Jersey jughandles scooping up people at developments and dropping them off at strip malls.

The best part of the entire ordeal is he’s just Uber driving to get away from his wife.

What makes you decide to open the app and go pick someone up??

“Sometimes you’ll just be sitting around the house, my girls are out doing what they do, and the wife and I are sitting there like, ‘Are we doing anything tonight?’ and she’ll be like, ‘No.’

“So I’ll say that I’m going to go open the Uber app and see if anyone needs a ride.

“Like the last one I had, I think there was a concert at the [BB&T] Pavilion in Camden, and I was just sitting in the house and there were people from town who just wanted a ride down to the concert. So I took them.”

This man is so bored at home that he ran for Congress. He won that and was still so bored that he is doing ride shares to Camden. Dude made $40 million over his career and he’s working what’s essentially a minimum wage job with some drunk 17-year-old in his backseat asking for the aux cord. Jon Runyan will do anything to get out of the house.

He was a pretty lovable Eagle, even if it looks like this commercial was painted by Georges Seurat.

Outside of the soft side he showed in his 69 cent coffee commercials, Runyan had a nasty mean streak. In 2006 he was named the 2nd dirtiest player in the league by a SI Players Poll (which were awesome by the way). 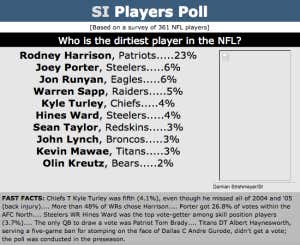 Outside of being the guy who would simply light up anyone who was caught standing around the pile, Runyan was the first player I’d heard of who was twisting nuts and punching dicks at the bottom of the pile, which strangely made me like him more.

“I know I punched a guy in the [crotch] once as an Oiler,” he said in the Inquirer interview. “I got kicked out of the game. It was because he pushed me over a pile. It was on a field goal. I was watching the kick. The kick was already gone. [Jerry Ball] took two hands to my face mask and pushed me over the pile. I couldn’t get up off the ground because everyone was underneath me, and I just swung at the nearest thing I saw.”

This man lived for football. He was just born to slam his body against other men. Now, he’s reduced to reminding the passengers that he has water bottles in his cup holders and asking whether they want the windows down or the AC running.

Now that’s the real punch in the dick.