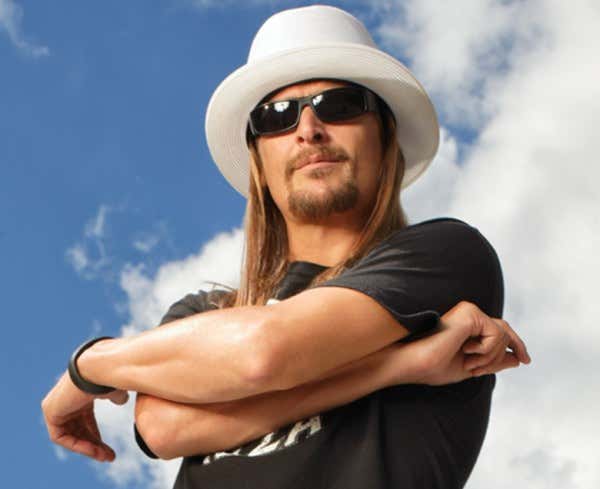 Denver Post- Kid Rock is a household name to Americans under the age of 50, and voters might be attracted to vote for him as a middle finger to the political establishment. But it’s not immediately clear whether his famous stage name would appear on the ballot or if he’d be required to run under his less-known given name. If Ritchie were to submit enough valid signatures to make the ballot and indicated that he wanted to be listed as “Kid Rock,” the Michigan Bureau of Elections staff would have to research the question of whether that name would be allowed. At an initial glance, Ritchie’s stage name isn’t an obviously acceptable name under the state’s criteria.

Damn. A modern day greek tragedy. This would be a major blow to not only the United States, but the world in general. The possibility of Kid Rock becoming a senator causes straight excitement. The Rebel Soldier’s Fan Club is brimming with delight like they just heard Bawitdaba for the first time.

The Devil Without A Cause tearing through Washington D.C. making political decisions for the United States is a dream come true. And think about how great it’d be for the people- Washingtonians will more than most likely be graced with a free Kid Rock concert on the National Mall every Tuesday and alternating Fridays. Natty Ices & Kid Rock- name a more iconic duo…I’ll wait.

But if they don’t put Kid Rock on the ballot, what’s even the point. Nobody wants to vote for Robert Ritchie. He might as well be any other run of the mill politician. All Robert Ritchie would perform are songs like Picture or Collide. We need a Bawitdaba-er in the Senate.

And completely hypothetically…..what’s one to do if say…he’s already purchased his “Kid Rock for Senate” apparel? I (hypothetically, of course) bought a hat a few days ago and was through the roof about it. Was ready to don it 24/7/365- what a conversation starter a “Kid Rock for Senate” lid would be at the bar. So I’ll be honest, I feel a little slighted by the state of Michigan. I’m not sure if I could wear a Kid Rock hat while Robert Ritchie is the man on the ballot. So do the right thing and let the Devil Without a Cause make America great again.