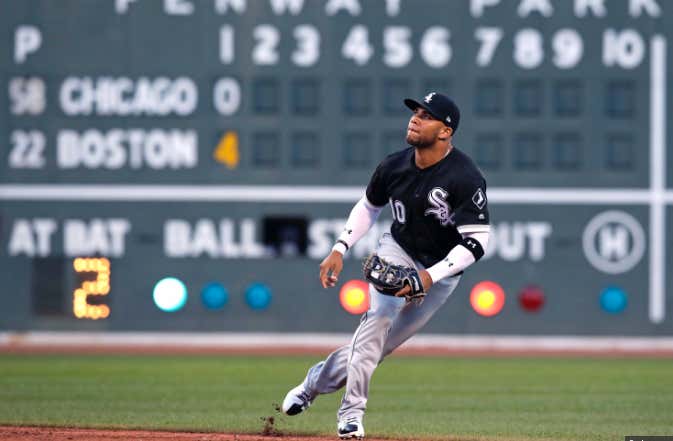 Real quick here:  yes, I’m petty.  Yes, this is extremely thin skinned of me.  Yes, the comment section represents literally .000000003% of Barstool Sports listener and viewership and I shouldn’t let it get to me.  But earlier this week I made the mistake of reading it in one of my blogs and wanted to blow my brains out.

I’ve been called every single name in the book in the Barstool Sports comment section, and usually laugh at all of the fat midget jokes, but I have gotten legit pissed off at the comment section twice:

1. When I said Jose Quintana would return a massive package and the comment section disagreed for like 3 straight seasons.  I was right, he returned two marquis pieces, just like I said

2. When this complete fucking idiot made the following comment:

I’ll say this real quick: anyone who thinks it’s easier to teach plate discipline than it is to teach a fundamentally sound swing doesn’t know baseball and is an asshole, plain and simple.  So, because I’m a petty, spiteful prick I asked Nick Hostetler, the scouting director of the Chicago White Sox what he thought of this comment.  Like I fired off a text message and asked a guy who runs an entire scouting department for an MLB organization if I was an idiot and been thinking backwards my entire life.  He said I was right, so we had him on our show to prove an internet commenter wrong.  It’s kinda embarrassing how much that comment was in my head, but I couldn’t resist.

You can listen to our interview here:

SOOOO low and behold, I was right, internet commenter Daddys_Home was wrong.  An MLB scouting director, who hones the craft of scouting talent of dozens and dozens of other professional scouts, would rather have to tweak a player’s swing than a player’s approach.

And before anyone says “ohhhh fuck this guy the White Sox are a trash and he probably can’t identify talent blah blah blah”, I’ll just say that Nick has only been with the organization for 2.5 years and got his start in scouting with the Braves in the late 90s and is a big reason why Atlanta has what is considered by many publications the best farm system in baseball right now.  He will be a GM for one professional team or another within 5 years tops.  He’s that well respected in the industry.

That’s basically all this blog was about.  Really looking forward to internet commenter Daddys_Home response!

Moncada’s walk rate is up to 18.3%, his 0-swing rate is only 25%, (which is 4% lower than league average), and he has an OBP of .366.  Once he’s sees the league a time or two through, he will start teeing off big league pitching.  If he’s only swinging at strikes it’s all but a guarantee.  Dude oozes superstar