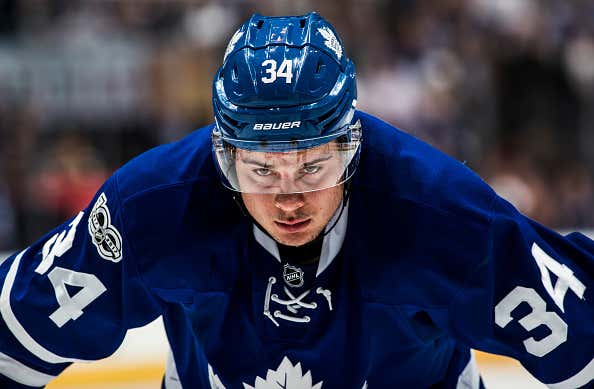 NHL – Coming off of the most-watched Stanley Cup Final without an Original Six team on record, NBC Sports Group is scheduled to present 99 NHL regular-season games during the 2017-18 season, beginning on Wednesday, Oct. 4, at 8 p.m. ET on NBCSN, when the two-time defending Stanley Cup champion Pittsburgh Penguins host the St. Louis Blues.

All games will be streamed live on NBCSports.com and the NBC Sports app to authenticated users via TV Everywhere.

“We’re proud to offer our most diverse NHL schedule ever to fans across the country,” said Sam Flood, Executive Producer, NBC Sports & President of Production. “From classic rivalries and historic franchises, to young stars such as Auston Matthews and Connor McDavid, a hockey-crazed market in Nashville, and a new franchise in Vegas, this schedule represents our commitment to present the NHL’s diverse and emerging stars, teams, and stories.”

So I think I am finally starting to understand something. The NHL clearly had a decision to make this year. They were either going to take 2 weeks off in the middle of the season to send players to the Olympics and grow the game internationally. Or they were going to focus their efforts on continuing to grow the game here in the United States and focus their efforts on league expansions. As we all know by now, they went with option B.

I don’t think it’s any coincidence that the NHL is breaking into a new market in Las Vegas the same year they decided to skip the Olympics for the first time in 20 years. And obviously the league isn’t done expanding yet. The Golden Knights make it a 31-team league. Obviously there’s another team that is coming eventually, they can’t stay at an odd number forever. So with expansion in mind and growing the game in the desert, the NHL is squeezing as many games as they possibly can on national television. There still won’t be any national games during the Olympics as NBC is going to be dedicating all their coverage to Pyeongchang. But it’s still clear the NHL is going to spend the next few years trying to grow the game domestically with 99 games of their own product going out to a national audience (or at least those who know to look for the NBCSN channel).

With that being said, they’re still finding ways to fuck this up. Case in point, Auston Matthews and Connor McDavid will only be on national tv 6 times combined this year (minus playoffs). It’s ass backwards. I get they play for Canadian teams and I understand trying to get an American audience to tune into Maple Leafs games and Oilers games is going to be difficult. But you’ve got the 2 new faces of the league getting out to a national audience like once every other month. Don’t make the same mistake the other leagues have been making for centuries and prioritize marketing teams over marketing players.